By Joe Higgins Mary Raftery’s documentary, States of Fear, which gave rise to the Child Abuse Commission was first broadcast just over ten years ago, on Tuesday night, 27th April 1999. It was a shocking story, powerfully told but what happened the next morning in the Dail cast an interesting light on the ‘states of consciousness’ of the main political parties about the seriousness of what it had unearthed.

Mary Raftery’s documentary, States of Fear, which gave rise to the Child Abuse Commission was first broadcast just over ten years ago, on Tuesday night, 27th April 1999. It was a shocking story, powerfully told but what happened the next morning in the Dail cast an interesting light on the ‘states of consciousness’ of the main political parties about the seriousness of what it had unearthed.

Opening the Dail, Taoiseach Bertie Ahern moved a very routine Order of Business for the day including the Radiological Protection Bill and the Solicitors Bill. The leader of Fine Gael , John Bruton, and of The Labour Party, Ruairi Quinn, were then called to ask questions .
It was customary for Party Leaders to use the Order of Business to raise issues of public importance that might have arisen overnight. I remember sitting high up in the backbenches and, having watched States of Fear, fully expected to hear them trenchantly demand a Government response to the shocking chronicle of abuse revealed the night before.
To my amazement John Bruton asked a question about mobile phone masts, followed by Ruairi Quinn who asked whether the Government was obliged to introduce legislation to provide for the pensions of two judges who had recently resigned in controversial circumstances. They were followed by a further six deputies, including former Ministers, none of whom referred to the shocking documentary and its implications for the Irish State.
I felt it would be incredible if the national Parliament paid no attention to what was clearly a crime against humanity, in which the Irish State was as guilty as the religious congregations. Consequently, when the Chairman of the Dail eventually called me to ask a question, I was determined to demand a response from Government.
The following excerpt from the record of the House details the first mention in the Dail of Mary Raferty’s chronicle of our own, very Irish, gulags. The fact that my question was considered in breach of the Dail’s Standing Orders and therefore had to run the gamut of the Chair’s interruptions shows just how absurdly antiquated the rules of the Dail are, when ordinary deputies need to raise matters of urgent importance.
Mr. Higgins (Dublin West): The broadcast last night by RTE of “States of Fear” showed the most appalling, widespread and systematic cruelty of children in industrial schools. The new information that emerged was that it resulted from a systematic perversion of the courts and the justice system.
An Ceann Comhairle Séamus Pattison
An Ceann Comhairle: That is inappropriate to the Order of Business. The matter the Deputy is raising would be more appropriate to a parliamentary question.
Mr. Higgins (Dublin West) Mr. Higgins (Dublin West)
Mr. Higgins: My point is that if the Government is introducing legislation to generously compensate judges for making mistakes, will the Taoiseach introduce legislation—
An Ceann Comhairle Séamus Pattison
An Ceann Comhairle: If the Deputy has a question on the Order of Business, will he please ask it?
Mr. Higgins (Dublin West) Mr. Higgins (Dublin West)
Mr. Higgins: A Cheann Comhairle, I would have asked the question by now if I had been allowed to do so. Does the Taoiseach propose to introduce legislation to provide a commission of compensation and support for the innocent victims of the systematic perversion of justice inflicted on little children in this State over many decades?
An Ceann Comhairle Séamus Pattison
An Ceann Comhairle: The Deputy is continuing with his statement. He has asked the question.

The Taoiseach responded that the Government was considering the issues. The Labour Leader later demanded action but the Fine Gael Leader seemed utterly clueless.

One cannot expect busy party leaders to personally see every such television documentary, but it seems very strange that the parliamentary and press officers of Fine Gael and Labour hadn’t realized the crushing import of what was contained in States of Fear, the very serious legal and political consequences arising and hadn’t screamed at their leaders to raise it as a matter of critical importance.

Or was it that in these parties there was a sense of shame about their party predecessors in public office? There is currently a major controversy about how compensation should be proportioned between the religious and the State. But the ‘State’ was not just government departments and their functionaries. The State was also the political parties which held office while these institutionalized crimes were being perpetrated, mostly Fianna Fail but also Fine Gael and Labour.

These parties, leading a pathetically weak capitalist State utterly unable to provide a decent life for its citizens, leaned heavily on the Catholic Church for support and in turn ceded it enormous power. And when the worst abuse was being perpetrated on incarcerated innocents, all were equally cringing in their deference to church authority.

On this day one hundred years ago, 31 August, 1913 it is five days on from the audacious action of tram drivers and conductors with the Dublin United Tramways Company who simultaneously stopped and abandoned their vehicles mid morning on the streets of Dublin causing chaos on the tramlines. 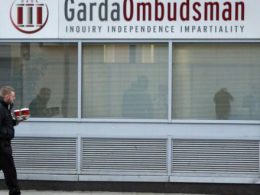 There is an alternative to the chaos of the market system

Roger Altman was the Deputy Finance Minister in the government of US President Bill Clinton in 1993/’94. He is now an investment banker and a member of the international big business think tank, The Bilderberg Group . Not a radical socialist then.

Let them eat cake, not the crumbs off the table…

Business and media circles are agog at “the most significant development in philanthropy” for many decades. Forty US based billionaires have pledged to give half of their wealth to “charity” while living or on their death.

The “Giving Pledge” was initiated by two men said to be the richest in the world, Bill Gates founder of Microsoft, whose wealth is estimated to be about $40 billion and Warren Buffet coming in at $37 billion.