The government has refused to rule out the possibility of electricity blackouts this winter. At a time of exponential rises in the price of electricity and gas for ordinary households, it has become apparent that data centres are creating a significant strain on the national electrical grid. In fact, there is currently a boom in data centres owned by multinational companies based here like Facebook, Google and Amazon, and it is projected that they will consume 30% of the electrical grid’s capacity by 2030. Data centres currently use 11% of the southern Irish state’s electricity output; in contrast to 2% of electricity output globally.

So, what are data centres?

Everything we do online, whether that be streaming videos or browsing the web, involves data that has to be stored somewhere. Servers in data centres store digital information at scale, and they are housed in large, industrial-looking complexes. There are currently 70 operational data centres across the state and Dublin is now the largest data centre hub in Europe.

While each data centre only employs 30 to 50 workers, it uses as much electrical power as a city the size of Kilkenny. The servers also have to be cooled down constantly and so each centre uses considerable amounts of water, putting extra pressure on the public water supply.

When Minister for the Environment and Green Party leader Eamonn Ryan was asked about the environmental impact of so many data centres in Ireland, he responded by saying that we all depend on the internet in our day-to-day lives. Ryan misleadingly portrayed the corporate-owned data centres based here as providing a sort of benevolent public good, when in reality the Facebooks and Googles of the world are mainly in the business of collecting personal data to sell on to advertisers and other third parties.

Recent revelations from a Facebook whistleblower exposed how that company’s own internal research consistently finds that Instagram has a particularly damaging effect on the mental health of teenage women, but that the algorithms and advertising that harms their self-esteem are also addictive and therefore extremely profitable. A major study from the British Medical Journal attributed a connection between the use of social media and increases in cases of self-harm amongst young women. In fact, its study showed a 68% increase in reported incidences of self-harm among girls aged 13-16 between 2011 and 2014.

Apart from the damage advertising does by playing on our insecurities, it is quite simply an enormous waste of resources. Corporate advertisers are also harming the environment while marketing themselves as green. These corporate-owned data centres are the beneficiaries of our public water and electricity supply, yet pay little or next to no tax here, when at the same time, working people are forced to make sacrifices in order to pay their energy bills.

One in six households was already suffering from energy poverty back in 2019, before the energy-price hikes. This is not to mention the fact that the Irish state is facilitating these multinationals to provide online services around the world while 43% of rural households say they can’t access consistent high-speed broadband.

Why is Ireland a particular hub for data centres?

There are three reasons as to why Big Tech is keen to locate data centres in Ireland:

1) Ireland’s temperate climate: The climate doesn’t get very hot in the summer or very cold in the winter relative to other regions of the world. Therefore, less investment is needed for cooling and heating the servers and their storage facilities.

2) The Irish state has a very low corporate-tax regime.

3) The Irish state has relatively light-touch regulation when it comes to implementing data protection laws. The EU’s General Data Protection Regulation (GDPR) officially applies in the South of Ireland, as it does across most of Europe, but true to form, the “business friendly” Irish state is deliberately lackadaisical in terms of regulating data privacy and security when it comes to the operations of multinational corporations based in its jurisdiction.

There is some legitimacy to the argument that Ireland’s climate is relatively suitable for the use of data centres. Therefore, an environmental case could be made against closing down the data centres that are currently based in the South of Ireland only for them to open elsewhere (where they may use comparatively more energy). However, it is absolutely critical to oppose the opening of any new data centres until such time as electricity powered by renewables is available in abundance throughout Ireland and internationally. For this to happen there needs to be major state investment to expand the renewable energy infrastructure as part of a wider internationalist socialist programme as outlined here.

A Climate Emergencies Bill tabled by Solidarity-People Before Profit in order to stop new data centres from being built was unfortunately opposed by every single Green Party TD in the Dáil. The Green Party’s complete acceptance of the capitalist status quo means that their toothless strategy to tackle climate change is bankrupt and only serves to add a vaguely green veneer to the government’s attacks on working-class people and the natural world.

In response to such reckless actions by the government, it is appropriate that campaigns, including direct actions, are organised by workers and communities to block the building and opening of new data centres in Ireland.

Even before the Irish ruling class began to market itself as a tax haven for multinationals, they made appeals in the 1960s and 70s to corporate mining, chemical and pharmaceutical companies to base themselves here to avail of the plentiful supply of water and the lack of environmental regulations. The Irish state also facilitated the Gulf Oil corporation to build a crude oil terminal on Whiddy Island in Bantry Bay for next to no cost to that company. The logic behind this initiative was that it would create some local jobs. In the end it created very few jobs, but it took a toll on the local wildlife and natural environment.

The terminal acted as a staging post for oil tankers travelling from Kuwait and Nigeria to Europe. In the Irish establishment’s long tradition of being big-business lapdogs, there were practically no regulations imposed and as a result, there were 33 oil spills recorded in the bay between 1968 and 1979. In one incident, 50 people lost their lives and over one million gallons of oil spilled into the bay when the French-owned oil tanker Betelgeuse caught fire and exploded in 1979.

End the “free for all” for multinationals

The Irish ruling class argue that facilitating multinationals is necessary to create jobs. But as we see with the issue of data centres, very few jobs are actually created by these companies. The reality is that this strategy has only resulted in the enrichment of a small cabal of Irish capitalists, bankers, property developers, landlords and legal and accountancy firms. The living standards for the vast majority of Irish people are well below the EU average.

The climate movement in Ireland needs to struggle alongside workers and young people to put an end to the tradition of handouts to big business. We need to improve the quality of life for working people at the same time as safeguarding the environment through an expansion of the electrical grid on the basis of massive investment in renewable energy, as well as creating jobs through the provision of free public transport and the construction of green, social and affordable homes and large-scale retrofitting of all current housing.

Data centres and other industries should be taken into democratic public ownership, under workers’ control. Democratic public ownership and management, both in Ireland and internationally are an essential prerequisite to ensure that anti-surveillance and data privacy values are woven into the functioning of online services. Decisions around the setting and enforcing of data collection need to be taken out of the hands of bosses, corporations and state technocrats, whose only concern is private profit.

When data is collected, it should be controlled by democratically elected networks of workers and communities to guarantee that data is used to improve our lives and not be misused for the purposes of surveillance, social control, advertising and mass manipulation. This needs to be part of an overall global, socialist plan of production that ends the rule of the capitalist class and meets the needs of society and the planet. 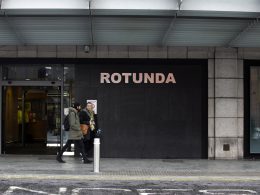 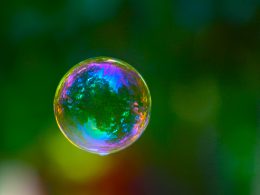 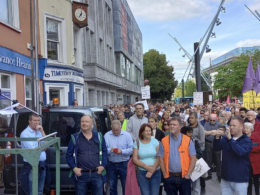 By Martina Stafford As bills keep on rising and the winter gets closer, up to 5,000 people gathered…
bySocialist Party
11 shares
11
0
0 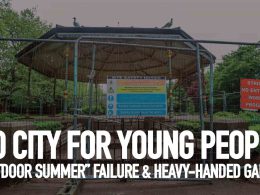