A large anti-racist protest was organised by school students at Glanmire Community College (GCC) in Cork on Friday, 12 November. The protest was about the fact that two students have been suspended for speaking out against racism.

Many students waved hand-made placards mocking the school’s motto of “Ní neart go cur le chéile”, which translates as “there’s no strength without unity”. Many placards asked “What about strength in unity?”, exposing the hypocrisy of the school’s administration. Others proudly read “Black Lives Matter”.

Videos of the protests can be seen on Instagram and Tik Tok.

Standing up to racism

The suspensions occurred after a teacher said that the black students standing together had a ‘gang mentality’. When they complained and said this was racist, the school administrator laughed, “how is that racist?” Unfortunately, this is just the latest incident of racism suffered by students from minority backgrounds. They’ve reported other students using racial slurs in their presence or even directed at them. When they complain they are told that they are being ‘aggressive’ and ‘violent’. In this case they were suspended for complaining about racism!

Why should students have any faith in the school authorities to protect them from bullying and racism when they have consistently failed to take it seriously?

However, this did not go unanswered and a large number of students joined a protest outside the school to demand justice for those suspended. In an inspiring display, students from all backgrounds came together to show their anger at how the school has ignored the issue and punished those it should be protecting.

They also wanted to show their disgust at the racist behaviour of a minority of their classmates. GCC needs to publicly apologise to the students for the suspensions. In the wake of the protests and support that the students garnered on social media, the school administration plans to organise a ‘Culture Week’ which celebrates diversity. They have also booked an anti-discrimination expert to regularly visit the shool to give talks and seminars that are open to all students.

These are positive outcomes and would not have been achieved were it not for the resolve of the students to stand up against injustice and the solidarity shown by many of their fellow classmates. Youth Against Racism and Inequality (YARI), a group formed in the wake of the BLM protests have been in contact with the students to offer advice and support, and Socialist Party TD Mick Barry has raised their protest in the Dáil. Mick Barry argued that teachers should receive anti-racist training.

It’s no surprise that the videos, photos and posts by the students about the protest gained traction on social media. These events clearly struck a chord with others who have had similar experiences, as the lack of seriousness to tackle racist behaviour by school administrations goes beyond this particular school. At a minimum, Irish schools need to start teaching about Black and Asian history, as well as the history of the oppression of the Travelling community by the Irish state.

The global protests in 2020 sparked by the callous and brutal murder of George Floyd showed that racism is still a huge problem in our society but it also showed that people are willing to stand up and fight back. The BLM protests here in Ireland were organised predominantly by young people of colour and were well attended. They spoke out about the bullying, the abuse, the casual use of words like “slave” and the n-word by classmates like it’s some kind of joke.

They also spoke about the racial profiling they suffer from the state and Gardaí; hardly a surprise when a survey conducted between 2012 and 2014 showed that 30% of frontline Gardaí have a negative view of “Black African” people. Just under a year ago, Gardaí shot and killed George Nkencho on his own doorstep in December 2020 while he was experiencing a serious mental health episode and needed help.

Civil rights leader Malcolm X said, “You can’t have capitalism without racism”. The capitalist establishment seeks to keep the working class divided by ethnicity, gender, religion etc. and blaming each other for poverty, unemployment and housing shortages. The reality is that these social ills are caused by the private ownership of our economy by millionaires and billionaires whose only motivation is the relentless drive for profit at the expense of the working class.

A united movement of the working class, that’s thoroughly anti-racist, offers a way to fight capitalist oppression and exploitation. This type of struggle could bring an end to the capitalist system and build a new society based not on division and competition, but cooperation and solidarity. A socialist society based on common ownership and democratic planning of the economy to provide for the needs of everyone, is the only way to eradicate racist ignorance. 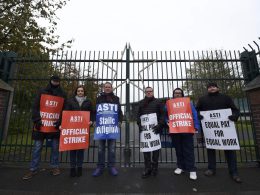 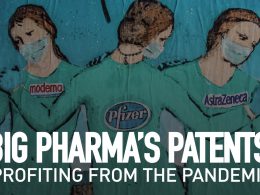 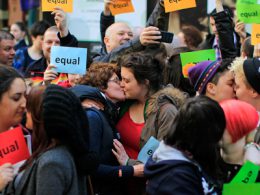