The recent spate of homeless deaths has once again highlighted the plight faced by so many people who find themselves without a home in the South. A total of 11 people living in emergency accommodation or sleeping rough on the streets died in the month of July, this bring the total number of homeless deaths to approximately 250 in the Dublin area alone over the past 5 years.

Government ministers and even many mainstream journalists like to compare figures to International standards in what can only be seen as an attempt to normalize this situation, but the reality is that there is nothing normal or natural about this.

Increases in homelessness are directly linked to increases in rents, property prices and private for profit housing development, which in turn is directly linked to government housing policy or lack thereof. The inherent weakness of Irish capitalism means that there is an over reliance on speculative industries such as property, which is geared towards profit maximization instead of meeting the needs of people. This is combined with the neoliberal ideology of the mainstream parties, which insists that the private sector must dominate the economy including housing.

Hence, despite the fact that the rent freeze and eviction ban introduced as part of the Covid-19 emergency legislation were working to reduce the numbers of people in emergency accomodation, it is seen as too much of a barrier to capitalist and landlord profits.

At its worst the housing crisis had reached 10,514 (officially) living in emergency accomodation, and while these numbers have declined in recent months due to the rent freeze and eviction ban, the Government have just voted to lift these measures on everyone except those who can prove that they are impacted economically by the Covid crisis. This will inevitably lead to a rise in homeless figures once again as landlords seek to increase rents and evict tenants.

The Socialist Party have long campaigned for not only a rent freeze but rent reductions and controls, as well as a ban on evictions and the key demand of state intervention to build public and affordable housing, which will cut across the private property developers and bring rents and property prices back to affordable levels. These kinds of policies would ensure that everyone who needs a home gets one. 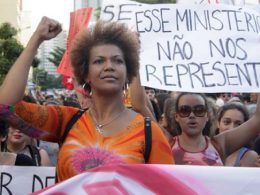 A new stage in the class struggle has opened in Brazil. The country is living through the deepest…
bySocialist Party