The latest UN-sponsored climate talks in Doha in December ended in total failure – just as previous summits have. Friends of the Earth called the talks a “disaster zone” and Greenpeace asked of the negotiators: “What planet are you on?” As usual, the capitalist politicians taking part tried to talk up the outcome. Ed Davey, Lib Dem climate change minister, claimed that “it is genuine progress… It is a bigger step forward than people have given us credit for”.

The latest UN-sponsored climate talks in Doha in December ended in total failure – just as previous summits have. Friends of the Earth called the talks a “disaster zone” and Greenpeace asked of the negotiators: “What planet are you on?” As usual, the capitalist politicians taking part tried to talk up the outcome. Ed Davey, Lib Dem climate change minister, claimed that “it is genuine progress… It is a bigger step forward than people have given us credit for”.

To put the talks into perspective, consider the background. In Britain, a drought in the early part of 2012 turned into a flood that has hit food production hard. This has led to big rises in prices with more in the pipeline. The harvest for 2013 has also been affected, since sowing was not possible. Meanwhile, in America there was a record drought in 2012 that also ratcheted up world food prices, with more to come. Wheat has gone up from £60 to £230 per tonne since 2006.

During the talks, typhoon Bopha hit the Philippines, affecting 200,000 people. Perhaps most significantly, not just because of the devastation caused but for the symbolism, was superstorm Sandy. This weather system scored a direct hit on the heart of world imperialism, the Wall St financial district. The cost of cleaning up Sandy alone has been estimated at tens of billions of dollars. Since the talks, Australia has been subjected to record high temperatures accompanied by uncontrollable forest fires.

No single extreme weather event can be directly attributed to global warming, but since hurricane Katrina in 2005 much research has been done that shows that global warming increases their statistical likelihood. Studies have indicated that the 2003 European heatwave and the 2011 drought in Texas were both made more likely by global warming. Kenneth Trenberth, a leading climate researcher from the National Centre for Atmospheric Research in Colorado, quoted in New Scientist magazine, thinks that superstorm Sandy would not have flooded the New York subways without global warming, but he considers that is not yet possible to prove this definitively.

What must be judged is the developing pattern of events and here the evidence is becoming overwhelming. Indeed, it would be very surprising if a rise in global temperature did not affect weather patterns. What is alarming is that the present developments are a result of a temperature rise of only three-quarters of one degree centigrade above pre-industrial levels. A rise of 2°C is now virtually inevitable, with a 3-4°C increase looking most likely. The cost of probable climate change-related disasters is now in the hundreds of billions of dollars. Katrina and Sandy alone will cost over $100 billion.

So, even if the ruling classes were never really interested in the environment, surely their negotiators at Doha could see that global warming was already affecting the bottom line and needed to be taken seriously?

The claimed ‘progress’ at Doha consisted of two elements. The first was the agreement to set up a compensation fund to help those countries affected by climate change. China in particular pushed this. Such a gesture of goodwill could be significant because China and India, big emitters of the greenhouse gases causing global warming, refused to take part in the 1997 Kyoto climate treaty because they claimed, reasonably, that blame for global warming falls on the main imperialist powers. If significant compensation was made available, however, plus more money from the already existing adaptation fund, then big ‘developing’ countries might be persuaded to join any future replacement for Kyoto.

The problem at Doha was that no money was pledged at all for the compensation fund and no timescale for its implementation was made. In fact, even a reference to promise an unspecified amount of money at some unspecified time in the future proved too much and was explicitly dropped from the final text of the agreement. Davey said that “it’s far too early” to talk about money. Also, the legal obstacles to making it work look formidable. As discussed above, individual extreme weather events cannot yet be attributed to climate change, so making a legal claim for compensation as a result of one would lead to endless prevarication, merely making the lawyers even richer.

The history of broken promises relating to the cash that was to have been made available to poor countries to prepare for climate change is significant. In 2009, industrialised nations said they would give $100 billion per year for this purpose. To date, only $10 billion per year has been forthcoming. How much more will be paid is unclear from the discussions at Doha. This experience is hardly going to convince China to take part in a future climate treaty yet, without China, any new agreement would be ineffective since it is the largest greenhouse gas emitter. The US representative at Doha made it clear that America would not take part in a future climate agreement unless China did as well, thus continuing the deadlock.

The second area of ‘progress’ was the deal to continue the Kyoto treaty until 2020. Kyoto was meant to have been replaced with a new, more effective agreement before now, but deadlock in previous talks at Copenhagen (2009) and Durban (2011) prevented this. The agreement to continue Kyoto was just symbolic, to show that the fight against climate change had not been abandoned completely. In fact, the countries that are still in Kyoto account for only 15% of the global greenhouse gas emissions. So, even if it works effectively, which it hasn’t done so far, the effect will be very small.

The Kyoto targets were always very low, but even these could not have been met if the transfer of industry, and therefore of emissions and pollution, from the west to China had not developed so quickly. The mechanism of Kyoto was to sell permits to pollute to firms that would be expensive enough to deter the polluters, but this never happened.

Any new treaty that may result from the UN negotiating process is not planned to start until 2020 at the earliest. This is a significant date, since climate science is saying that by that time greenhouse gases must be reduced by 40% to have a chance of restricting temperature rises to below the crucial figure of 2°C, above which runaway climate effects could take hold. However, there are no plans to do anything meaningful at all before that date.

In the past, the big environmental pressure groups like Greenpeace and Friends of the Earth tried to take as positive a position as possible during the succession of failed climate summits, usually pointing to some small advances amid the general gloom. Now, though, they are in despair and can see no way forward.

Their often audacious campaigns have been successful in bringing the issues to the attention of the public and governments. But this has had no effect on our rulers, even when the costs of global warming have become absolutely clear. Competition for short-term profit and rivalry between the imperialist powers are such that even catastrophes like Katrina and Sandy have been ignored. To avoid an environmental disaster, campaigning on green issues is not enough. It has to be linked to changing the social system. That means removing predatory capitalism and replacing it with a democratically planned socialist society.

The truth about the deficit 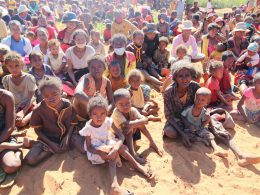 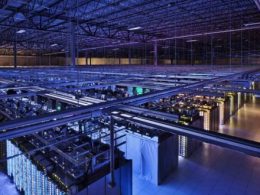 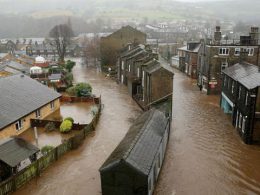 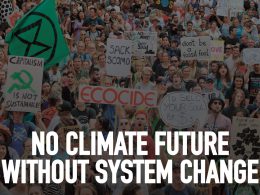