The Amazon rainforest, the planet’s crucible of biodiversity, has been pushed by profit-based exploitation towards a chain reaction of “dieback”. A recent study has confirmed that the Amazon is reaching a tipping point in which trees die off en masse, turning the rainforest into a grassland and releasing colossal amounts of carbon. The consequences of which would be devastating for the climate and humanity.

The study found that since 2000, over three-quarters of the Amazon rainforest has lost resilience — making it slower to recover from droughts and wildfires — pushing it to a “critical transition” or tipping point, where it will go into irreversible decline.

The study can’t predict when this might happen, however once the moment is detected it would be too late to prevent. Hence the urgent need for a movement to take on the corporations, governments and the profit system creating the problem.

This is similar to other tipping points, such as the methane gas emissions from the permafrost of Siberia, melting ice caps, and the collapse of the Gulf stream. Taken together, they represent a massive threat to human existence on the planet, as recognised in the IPCC’s most recent report.

“In the flames they see Money”

While commentary on the issue focuses on broad “human activity” as the cause of the Amazon’s death spiral, more precision is required in identifying the root cause. The vast majority of humanity has no control over the deforestation taking place. It is certainly not the fault of the indigenous communities who face brutal state repression and murder as corporations destroy their homes.

Jair Bolsonaro’s government in Brazil has recently reopened the Amazon to further exploitation by the logging, mining, and beef industries. But Bolsanoro doesn’t act alone. His motivation and ability to destroy the rainforest comes from the destructive market economics of capitalism.

Capitalist corporations must exploit natural resources and human labour at increasingly intensive rates in order to outdo their competitors. And capitalist governments the world over facilitate this exploitation in order to maintain power. For example, beef exports from deforested regions to fast-food corporations are key to keeping Bolsanaro’s neo-liberal economy ticking over.

In a grotesque reflection of the chain reaction destroying the Amazon, capitalism’s undemocratic spiral of exploitation and accumulation is the root cause of its demise – not abstract “human activity”. This is excellently highlighted in a 2020 speech by Sônia Guajajara, an indigenous activist and member PSOL in Brazil:

“Behind every fire that is lit is corporate greed, like agribusiness. And behind them are the largest banks and corporations in the world. They are the ones who profit from this destruction — from every centimetre of land invaded, from every tree cut and burned. In the flames, they see money.”

What we can do

In seeking a solution we can not look at changes in behaviour of individual “consumers”, which are downstream outcomes of capitalism. The power lies at the source — ownership at the point of production. Maintaining or reforming elements of the competition and chaos of capitalism will not achieve the changes we need.

Instead, production must be democratically owned and planned by working people to meet the needs of people while protecting our environments. Winning this society requires a united struggle of the global working class. This objective is daunting, but it is absolutely realisable, and our future depends on it. But we must act quickly.

No to Putin's murderous war 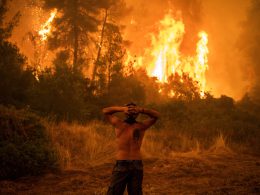 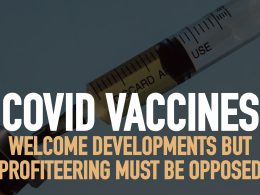 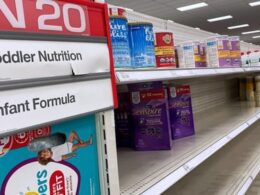 By Kailyn Nicholson, Socialist Alternative (our sister organisation in the United States) As the right-wing assault on abortion…
bySocialist Party