For all those disgusted at the abuse of power by bankers, builders and right-wing politicians that has crashed the economy, the by election is a chance to strike back.

It could be turned into a referendum against the robbery of the bailouts and austerity started by Fianna Fail and now imposed by Labour and Fine Gael, including the threat to downgrade Blanchardstown Hospital by making its A&E part-time – a step towards closure. Electing Ruth Coppinger will be a major boost to the campaign against the household tax and water charges, taxes that will reach €1,200 in just a few years.

As a councillor for eight years, Ruth has been an excellent campaigner for communities in Dublin 15, taking a principled stance against developer-led planning and for community facilities. Ruth has played a key role in many national and local campaigns, including as Secretary of the Fingal Anti Bin Tax Federation; against the location of mobile phone masts at schools; on housing issues and for the protection of key green belts. Most recently, Ruth has worked with residents to get the Hansfield train station opened; fought with residents to remedy the pyrite scourge; and assisted the set-up of SNAPT to reverse the cuts to SNAs and resource teaching.

Ruth Coppinger, like Joe Higgins and Clare Daly will be a workers’ TD on a workers’ wage.

We are appealing to working class people and all members of the United Left Alliance to help in our by election campaign. Why put another government back bencher into the Dail to vote through more cuts and austerity? Elect a fighter for working class people’s rights – Make a difference – contact us today to help get Ruth Coppinger elected – phone 01 6772592.

'Jobbridge' is a scam

It is clear that hundreds of thousands of households will refuse to register or to pay the household tax.  The only issue is whether this number will be more than half a million, more than three-quarters of a million or more than a million itself.  With big numbers deciding it is better to break the law than to break the poor, this is a key first step in a major campaign of civil disobedience.

When it comes to the thrust toward militarisation of the EU firmly implanted in the Lisbon Treaty, no guarantees can change what are very categorical dictates to Member States. 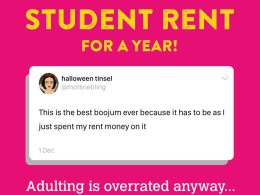