Nothing Compares opens with a young Sinead O’ Connor in 1992, supporting Bob Dylan in concert, in front of a roaring audience – with half the audience cheering, the other half booing. Weeks of demonisation and mockery by the media had done its job and O’ Connor was now a pariah and the butt of a cruel joke to many.

A couple of weeks earlier, Sinead had torn up a photo of Pope John Paul II on live television in protest of the cover-up of child sexual abuse within the Catholic Church. This brave act of resistance epitomises the authenticity and uncompromising nature of O’ Connor’s principles. Principles for which, as many warned or threatened, she would face consequences. These consequences came in the shape of a campaign of vilification and mockery by the mainstream press which left the young artist isolated and overwhelmed by sadness. Unsurprisingly, the Catholic Church did not face any official consequences for its actions, though it has lost critical public support in recent years. O’ Connor has been unofficially vindicated.

The artist’s immense talent and incredible vocals, at times a whisper at others a roar of defiance, carry the viewer through the art and interior world of probably the greatest musical artist that Ireland has produced. Often absent from the capitalist media, but amply utilised here, the artist’s own voice guides us on a journey through her oeuvre and her influences both personal and political, both of which are never quite separate. As second wave feminists have pointed out the personal is political.

The deleterious effects of Catholic Ireland marred O’ Connor’s childhood in the form of her mother’s violence and abuse. Sinead is uncompromising in linking her mother’s abuse to the oppressive nature of the Irish capitalist state theocracy which produced her. We learn that her music is a vehicle with which she can deal with this trauma and exorcise it, also becoming a vehicle for her to speak out against injustice.

Nothing Compares does not shy away from the politics that are foisted upon young women in the music industry and elsewhere. The young star is pressured by music industry executives to conform to their limited view of popstar femininity – long hair, short skirt, high heels. To which the artist responds by staking her claim to herself and her own autonomy by shaving her hair off entirely. Executives do not stop there, when she becomes pregnant with her first child there is an attempt to manipulate her into having an abortion, telling her that she ‘owes it’ to the record label. Again, Sinead resists and eventually gives birth to her son Jake. Having escaped the particular brand of misogyny of Catholic Ireland, she was faced with it again and again in the form of the for-profit music industry and the capitalist press.

Despite the pillorying that Sinéad received from all angles of the press and music industry, she remained steadfast in speaking truth to power in a meaningful way. She is as much an activist as she is an artist. O’ Connor has protested and been vocal on abortion rights in Ireland, against racism, the killing of black men by racist police, and against the Gulf War to name just a few.

While it deals mainly with the years 1987 to 1993, the film brings us right up to the recent victories in Ireland on marriage equality and repeal and hints at the role that pioneering figures such as O’ Connor played in helping to achieve these goals. In a recent interview director Kathryn Ferguson says “Ireland has changed and a lot of that’s from young, energised, collective activism”. It must always be re-stated that the sea tide of change we have seen in Ireland has been a result of such collective organising and brave voices such as O’ Connor’s which have been met with resistance every step of the way from Church and state. While we approach the 10th anniversary of the death of Savita Halappanavar as a result of misogynistic anti-abortion laws and the recent attacks on abortion rights around the world, not least in the US, Sinead O’ Connor is a renewed figure of inspiration and resistance for a new generation of activists.

In all, Ferguson’s documentary is a masterclass in how to treat its subject, particularly when that subject is an incredibly talented, beautiful woman whose narrative has been commandeered by the media. Rather than shying away from the exploitation and trauma experienced by the titular protagonist, Nothing Compares grabs these issues by the horns yet maintains Sinead’s agency, dignity and personhood throughout, ultimately capturing her indomitable spirit in the face of the most intense witch hunt by the capitalist press. 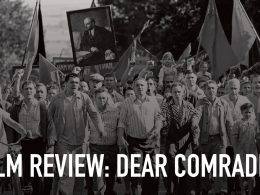 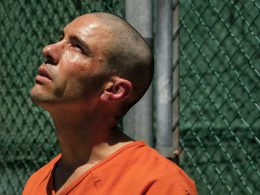 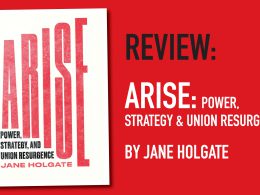 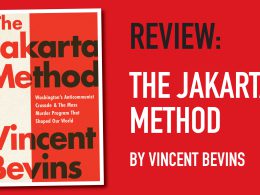 Reviewed by Manus Lenihan The beautiful Indonesian island of Bali attracts visitors from all over the world. But…
bySocialist Party
7 shares
7
0
0