The brilliant, inspiring, and deeply moving Channel 4 drama series It’s A Sin has touched a chord with many since its release last month. This five part series follows a group of friends and housemates living in London between 1981 and 1991. The joyous and hopeful scenes of young LGBTQ people enjoying their lives in the “Pink Palace” (the name they have given their flat) is gradually overshadowed by the emerging, horrifying HIV/AIDS epidemic. Its tragic impact on their lives is felt keenly throughout, as is the disgusting shaming that went with it, rooted in the naked homophobia fostered by the Thatcher government, whose criminal indifference and inaction helped exacerbate the epidemic.

We witness the human impact of LGBTQ-phobia through the struggles of the characters when coming out, and the subsequent prejudice they are forced to endure. The first episode starts with Rosco, whose parents organise to have him sent back to Nigeria after discovering his sexuality. He defiantly leaves home, declaring that he can be found at “piss off avenue.” Then there is Colin, from South Wales, who is only able to come out after meeting an older openly gay co-worker; and Ritchie, who is experiencing the freedom of life as a student, enjoying the London gay scene but unable to come out to his conservative parents back on the Isle of Wight.

Each episode jumps two years, wherein AIDS goes from a largely unheard-of disease, the real dangers of which many remained ignorant of, to an epidemic that has devastating consequences for the characters in the Pink Palace.

The series is written by Russell T. Davies, who also wrote the groundbreaking show Queer As Folk, and more recently Cucumber, Banana and Tofu, which also explore the theme of sexuality. The show was inspired by Davies growing up as a gay man in 1980s Britain, and this clearly leaves a striking impression. He has commented that the original idea for It’s A Sin came from a dark joke he was told in the late 1980s about a production of the musical Seven Brides for Seven Brothers, where all seven brothers died of AIDS. This story found its way into the script and is recounted by Gloria, the first of the characters to learn that they have contracted AIDS. Gill, one of the show’s most inspiring characters, is based on a friend of Davies and gives loving support to Gloria during his horrendous ordeal. One of the few criticisms of the show is that Gill’s life is not looked at independently in the way some of the other characters are.

Davies has noted that the period covered in the series was a time that began with LGBTQ people feeling that society was moving in the right direction, following the decriminalisation of homosexuality in Britain in 1967. However, this community’s situation was to be pushed backward with the cruel, conservative backlash around HIV/AIDS. Since the show has aired the media has covered many stories of the horrors experienced by its sufferers in the 1980s. These included being forced to endure a “toast diet”, a term given to the practice by health staff of pushing their food underneath the doors of their hospital rooms, believing in ignorance that close contact would lead to contagion.

The series touches on how AIDS patients and families were treated: from attempts by local authorities to detain patients under lock and key; families receiving homophobic abuse; partners being banned from funerals; funeral homes refusing those who died; or families burning all the possessions of the deceased. The scale of the crisis is illustrated by the harrowing scenes in the hospitals where AIDS patients are treated.

One of the key themes is the heartbreaking effects of a lack of information and linked to that, the shame of having HIV. It shows people resorting to home remedies, including vitamins and even harmful substances such as battery acid. It depicts the homophobic campaigns but also touches on the belief that AIDS was a conspiracy theory — something that is particularly hard-hitting in a time of a global pandemic.

Most importantly, it deals with the consequences of not getting tested for fear of shaming. At the end of the final episode Gil brings home the reality that the characters in the show, but more importantly countless numbers in the real world, could have been saved if instead of campaigns of hysteria and shaming, proper public information campaigns were run.

On several occasions, the pressures faced by young LGBTQ workers are touched on. Colin has to deal with sexual harassment from a predatorial boss. When Gloria gets sick, he comments that he will lose his job working on London’s buses for being gay, never mind having AIDS.

Similarly, Ash works in a school and has to hide his sexuality, but is also tasked with going through the school library to find any books which violate Thatcher’s Section 28, which banned material “promoting homosexuality” in schools. His funny rant to his friends highlights something true for many young people still today: that far from being inundated with such material, young LGBTQ people would struggle to seek out material that they can see themselves in. It is telling that one young reviewer commented that he learned more about “LGBTQ+ lives from It’s A Sin than I did in my 13 years of education.”

Davies’s script doesn’t centre around politics, but neither does it shy away from the political issues. Some of the main characters help organise a march and ‘Die-In’ protest outside a major pharmaceutical company that profits from HIV, with one of the characters summing up: “we are dying and they profit.”

Watching the show you can not help but be sucked in by the gripping, harrowing storyline which doesn’t pull its punches. The horrific nature of the subject matter is broken by the humour, sometimes very dark humour, throughout, but particularly the bravery of those involved. You also cannot help but watch with awe at the people who were in the midst of this and were prepared to fight back against homophobia. That included countless socialist activists who didn’t shy away from taking up this important issue. It is also important to remember that the important victories for the LGBTQ community and the pushing back of LGBTQ-phobia in recent years did not fall from the sky, but was bitterly and courageously fought for. 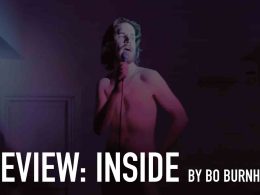 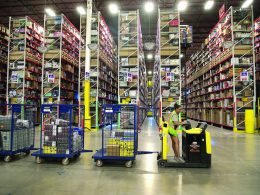 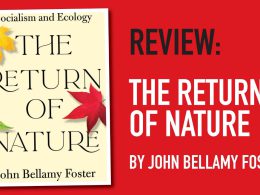 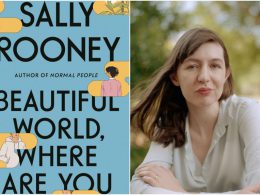 Reviewed by Harper Cleves Sally Rooney’s third novel, Beautiful World, Where Are You, was one of the most…
bySocialist Party
1 share
1
0
0