Sarah Gavron’s Rocks is a modern coming-of-age film, focused on the life and struggles of the main character, Olushola “Rocks” Omotoso. The film is set in pre-Covid London, and follows Rocks’ and her group of teenage girl schoolmates in their day-to-day life in multicultural, working-class London. The main plotline revolves around Rocks responding to and coping with a family crisis.

Early in the film, Rocks’ mother abandons both Rocks and her younger brother. This isn’t the first time that Rock’s mother has taken-off. She has a history of mental illness. In an explanatory letter left to Rocks, her Mother explains that she needs to “clear my head” and “I should really be better for you”. Details of the crisis affecting Rocks’ mother are filtered to the audience throughout the course of the film.

The film is both a realistic appraisal of mental illness under capitalism and what it means to be living below the poverty line. Rocks’ family home is a flat half-way up a high-rise. Rocks was filmed in the years following the Grenfell fire in London. No reference was made to the fire, but precarious existence in a multi-ethnic, working-class high-rise stirred memories of the disaster with the reviewer.

One of the main themes of the film is resilience. Rocks’ uses her street-smarts and forward-thinking to survive. She is now the sole carer for Emmanuel, her younger brother. Rocks is no more than 14 or 15 and has to figure out on a daily basis how to look out for her younger brother and how to evade social services. Rocks is cognisant about the nature of social services in Tory Britain, and she is determined not to be taken into care – hopeful that her Mother will reappear after a period of convalescence.
Rocks is first or second-generation Nigerian-English. She has no family in Britain. After her mother, her next-of-kin is her grandmother who lives in Lagos. Rocks’ school is representative of multi-ethnic and multi-racial London. In school, she experiences no racism from her classmates. Her best friend is from a North African background, and other friends come from backgrounds as diverse as Roma to white English. In one scene, the girl from a Roma background mentions how her great-grandparent perished in Auschwitz, which sees the girls deriding Hitler, with London slang and way of speaking that’s completely authentic. The portrayal of the characters is sincere and believable.

Rocks isn’t just a story about the trials and tribulations of the main character. It is much more than that. Between scenes, moments of hardship, and the hard realities of everyday life in multi-racial, working-class London are captured. Be it groups of young men standing on corners with nowhere to go, or wreathes laid out at the entrance of high-rise gates, the viewer gets a real sense of life and struggle. Beyond the hardship, it is a film about solidarity and bonds of togetherness with a group of teenage girls. It will have the viewer tearful at moments but inspired by the heartfelt depiction of working-class teenage girls from various backgrounds taking care of each other. 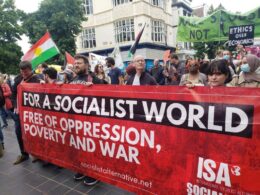 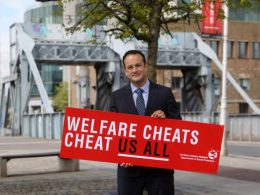