Text of the Socialist Party leaflet on the public sector pay deal.

The call was clear from workers across all the public service union conferences earlier this year – real cost of living pay rises was demanded to match the galloping rate of inflation.

Instead, this offer of headline increases of 6.5% up to the end of 2023 on top of the original pitiful terms of the ‘Building Momentum’ agreement simply doesn’t cut it. The current rate of inflation is around9% and that is in advance of the massively hiked energy bills landing in October not to mention what is in store in 2023.

President of ICTU and FORSA general secretary Kevin Callinan said that this was the best deal possible through negotiation. The implication of this is that if inflation-matching pay increases were to be won it would have required a struggle.

Yet the union leaders never seriously entertained waging such a struggle. It was clear months ago that the government was not going to make a serious offer. As far back as March the union negotiating committee felt obliged to walk out when an insulting 2.5% was offered.

That should have been the cue for the immediate balloting of public sector workers and the waging of a determined campaign for real cost of living increases. We only have to look at developments in Britain and the North to see that campaigns of industrial action both enjoy widespread public support and in many instances are winning inflation-busting pay rises.

The teacher unions and INMO in particular have an open goal to fight for serious pay rises in the context of the recruitment and retention crisis in the education and health sectors.

Kevin Callanan, while admitting that the deal does not meet the rising cost of living, indicated that it is up to the government to make the difference in the budget taking place on 27 September.

The government made no such firm commitments to the unions on serious measures to address the cost of living crisis yet most unions have already issued ballots weeks before the budget!

For all these reasons we are calling for a ‘no’ vote. Whatever the outcome of the ballot, we are facing into a recession coupled with ongoing inflation beyond October putting the real cost of living pay increase back on the agenda again. It is either that or another one-sided class war as was experienced during the initial years of the great recession when the union leaders refused to lead a fight.

Therefore we say that a struggle form below in wider society needs to be built on a par with the water charges struggle of 2014 to 2016 over the cost of living beginning with the local protests this month culminating in the demonstration in Dublin on 24 September.

Such a struggle needs to focus on demands such as an immediate reduction in energy prices and the nationalisation under the democratic control of working people of the energy companies so that generation and distribution of power are done on the basis of the needs of people and the planet and not as opposed to serving profiteering.

It is clear, even by contrast with union leaders in Britain like Mick Lynch of the rail workers’ union RMT, that the current trade union leadership in Ireland have no stomach to seriously fight on behalf of their members let alone enter the national debate and challenge the capitalist interests of the landlords and energy companies. The proposed ballots for industrial action last month in advance of this pay deal were exposed as cynical ‘shape throwing’.

Inflation means pay deal is a pay cut: Unions should mobilise their power to fight for more 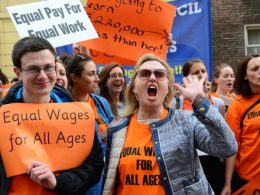 “It is extraordinary how the media is a willing tool in acting as a bullhorn for Ryananir’s Michael O’Leary in the controversy over his demand to be handed over Hangar 6 at Dublin Airport in order to provide 300 aircraft maintenance jobs". 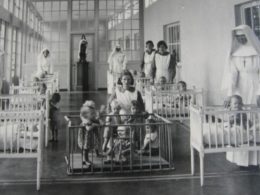