The cost of kids returning to school is weighing heavy on many parents, especially this year as the cost of living crisis intensifies the struggles that many parents face annually just to ensure their kids get an education. On top of school books and exam papers, parents in many schools also have to fork out for new uniforms and shoes as well as tracksuits and winter coats.

Added to this is the fact that many schools (just under 75% of secondary schools) apply pressure on parents to give what is called a ‘voluntary contribution’, which many parents feel is actually compulsory given that if they don’t pay this voluntary contribution their child can be left without certain necessities such as lockers — meaning they have to carry extremely heavy school bags which weigh on average 6.2kg.

The annual cost of buying school books is approximately €275 per child in secondary school, and of course, this multiplies with every subsequent child that a family has within the education system, so it’s easy to see how the cost can get out of hand. The system of buying brand new books for every student that enters the education system is extremely wasteful. While some schools are moving in a more technological direction, where students use tablets or laptops and have all their books uploaded onto them, the cost of these technologies can potentially be even more expensive for families.

What the state can do

If the state were to take it upon itself to provide each student with the books they require and to implement a system where books are passed on between students from one school year to the next it is estimated that the cost to the state would be fairly minimal, at approximately €40 million. This could easily be paid for and would obviously lift a huge financial burden off the shoulders of families. In fact, instead of outsourcing to private companies, all books and stationary required for schools could be produced on a not-for-profit basis by a publicly owned company under the Department of Education.

If we are serious about providing genuinely free education then measures such as this are a necessity. As things stand many schools are forced to place a financial burden on the shoulders of parents because of the chronic underfunding of schools by a succession of right-wing governments. Many schools struggle to afford things like heating oil or equipment for various subjects and extracurricular activities which forces them to rely on fundraising and appealing to parents for contributions in order to provide an adequate educational experience.

Among the most hard-pressed sections of society, approximately 20% of parents of secondary school students say they will need to take out a loan, break into savings, borrow money from friends or family or even illegal money lenders just to cover the back-to-school costs.

The resources are there

While the government did increase the back-to-school allowance by €100, this is immediately wiped out by the extra costs of paying for petrol to bring kids to school, not to mention the increases in household bills. Of course, these extra energy costs will also fall on schools come the winter months, which will again place even more financial pressure on all concerned.

There are of course solutions to these problems, such as the examples highlighted above, but fundamentally, the issue comes down to genuinely making education a right accessible to all; that means proper funding. The nine richest billionaires in Ireland increased their wealth by €10.8 billion in 2021 alone. So the resources clearly do exist. What’s needed is a social and political movement to take on these capitalist parasites and their representatives in government, and use the wealth and economic resources in society to provide decent public services, and end the cost of living crisis for good. 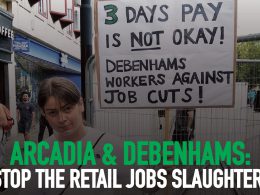 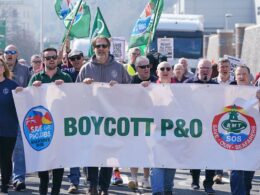 By Chas Berry, member of Socialist Alternative (our sister organisation in England, Wales and Scotland) The brutality of…
bySocialist Party
19 shares
19
0
0