Over three hundred more jobs at PayPal are now under threat – 135 in Blanchardstown and 172 in Dundalk. These redundancies follow a swathe of job-losses at PayPal in Ireland last year, and continue the trend of many companies cutting jobs following the pandemic.

This is incredibly bad news for workers and their families, whose livelihoods are at risk. Jobs for PayPal are now being outsourced, with much of the job description matching that of the jobs at risk. In some teams, people will be selected for redundancy based on statistical indicators which are widely considered to be an inaccurate reflection of an employee’s contribution.

Leo Varadkar said that PayPal told him these redundancies would be voluntary. This was inaccurate. Compulsory redundancies are threatened. Workers are now seeking a meeting with Varadkar to have their side heard.

Prior to entering into talks, workers were told they could choose their own representatives. However, PayPal management later selected those to represent staff through a ‘lottery’ system. This appears to be in violation of employment legislation.

These moves by PayPal management show a callous disregard for their staff. As was seen with Debenhams and Carphone Warehouse, the bosses running these corporations are only focused on one thing – profit. To maximise their own profit, owners are willing to sacrifice the livelihood of workers without a second thought.

There is currently no formal trade union representation in PayPal, but this should not stop workers resisting these redundancies tooth-and-nail. The struggle of Debenhams workers is one from which everyone can learn. Despite little support from the union, the Debenhams workers mounted an effective struggle and won concessions from the liquidators and the government.

These threatened job-losses are an ominous warning for workers in the tech sector. With economic growth slowing and a new global recession looming, even the livelihoods of workers in this previously booming sector can be put on the chopping block. The trade union movement must demand that mass redundancies are stopped by bringing firms into public ownership. This could have been won during the Debenhams battle, had Mandate (the workers’ union) been willing to fight for it from the outset.
Mick Barry TD has raised this issue in the Dáil. His speech can be watched here – https://fb.watch/dwoEgdI8EY/. The Socialist Party and our activists are prepared to offer any assistance possible to PayPal workers organising to stop these redundancies, as we did during the Debenhams struggle. We ask any workers who are affected by this to reach out to us by messaging our social media pages or emailing ruthcoppingerdw@gmail.com. 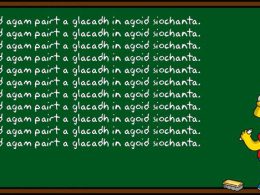 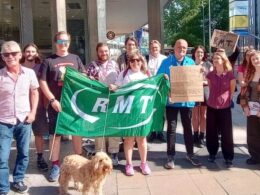