Disgracefully, the Irish State currently spends a pitiful 0.1% of its GDP on childcare. Ireland is also an outlier among wealthier countries because childcare is exclusively private and largely for-profit with state subsidies.

In spite of these subsidies we have some of the highest costs for childcare in the world, with the average cost €175.24 per week. However, there is a huge regional disparity. In Cork City, the cost of two young children in full time childcare is over €1,400 a month!

Meanwhile, for the 30,000 plus staff who work in the childcare sector, a survey by SIPTU shows that 90% of them said they struggle to make ends meet, while only 10% said they get paid maternity leave. The average hourly wage of childcare staff is €12.45.

Yet this current model is responsible for massive profits from some of the big players in the childcare industry, not to mention allowing abuses and a lack of accountability to go unchecked. Giraffe Childcare, a chain of crèches, paid its shareholders dividends of €1.66 million in 2020 after receiving Covid-19 grants of almost €6.7 million.

In spite of the poor pay and exorbitant costs in the childcare sector, this private profit model is one that the state point-blank refuses to break with. A recent government report on a new funding model for Early Years (commissioned by former Children’s Minister Katherine Zappone) outlined the many problems faced by the for-profit, subsidised model of funding but refused to consider an alternative, concluding that they were not allowed to recommend a publicly-funded model of child care!

On the back of that report, the newly announced package of subsidies, called Core Funding, includes a deal to improve rates of pay for child care workers. However, this is contingent on an agreed minimum wage across all childcare providers. So far this has not been agreed upon and a recommendation of €13 an hour falls far short of what is acceptable.

The state has shown its true colours in refusing to make childcare affordable and accessible for working-class families. This is unacceptable in an era when working-class people have no choice but to delay dreams of starting a family, have fewer children or no children at all because of the associated financial toll.

Childcare workers and the families that rely on this essential service must use their collective power to show the government that they will no longer settle for this piecemeal approach to such an essential public service. Trade unions must step forward and lead the fight for decent wages and working conditions for workers in the childcare sector. In order to combat the spiralling cost of childcare the state must roll out community-based child care which is fully funded, child-centred and free at the point of use. 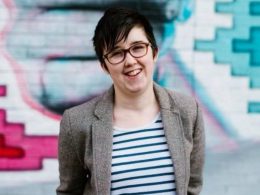 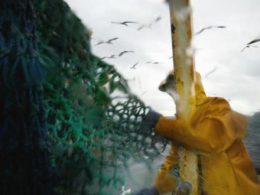