The editorial of the Financial Times (FT) newspaper on 4 January was headlined, ‘Coronavirus has provided a wake-up call for workers’. The FT is not given to sensationalism aimed at a mass readership. Rather, it has been accurately described as the capitalist class talking to itself.

The effect of the pandemic

The speculation that one of the lasting legacies of the pandemic will be a more assertive working class and a revived labour movement is based on a combination of factors. Firstly, the upending of supply chains, production and ‘normal’ migration patterns that would serve to locate workers where the capitalists need them, have together revealed critical labour shortages. These are particularly pronounced in logistics. This disruption and resulting supply chain shortages has in turn contributed to levels of inflation not seen in decades.

Secondly there are some demographic trends, not just in developed countries but also in places like China which point to too few people of an active working age relative to overall populations and the pre-existing size of economies to match the needs of capitalism.

Both these factors are then fuelling two main responses on the part of workers. One is referred to as the ‘great resignation’, and side by side with that there has been an uptick of high profile strikes.

An estimated four million workers per month have been quitting their jobs, unable to deal with forced overtime, low pay and general disrespect

While no doubt cathartic, the resignations also highlight how far the labour movement in the US has to go to organise in these workplaces so that workers are not compelled into individual acts.

That said, a spate of mostly defensive strikes in large high-profile workplaces (including Kellog’s) took place in the US last autumn, earning the name ‘Striketober’. A feature of a number of these strikes was the unpreparedness of the trade union leadership who, conditioned by their normal way of operating, sought to settle these disputes on lesser terms when the rank and file saw greater potential.

By contrast, in Britain, Unite the Union under Sharon Graham’s leadership has effectively engaged in dozens of mostly offensive strikes and pay claims, leading to over-inflation pay rises.

Pressure from below is key

The picture in Ireland can be partly summed up by the government’s announcement that it was “relaxing” the maximum weekly hours that truck drivers could spend on the roads from 48 to a dangerous 56 at the behest of the employers. It is illustrative of how the trade union leadership is not acting on a conjuncture of favourable circumstances, not all of which will last indefinitely, to organise and lodge inflation-busting claims for workers. Instead ICTU has advised its private sector affiliates to aim for rises this year of just 2.5% to 4.5%!

Therefore, while there is a basis to the FT’s speculation about a global labour revival, the situation is uneven depending in part on the capacity of existing trade union leaderships to rise to the opportunities. Certainly in Ireland the premium will be on rank and file initiative to overcome the conservatism of the union leaders and realise a definite potential for serious improvements in pay and conditions. 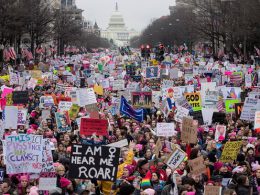