“The capitalist establishments of France and Germany worry themselves over whether the Fianna Fáil government and the governments of Portugal and Greece have the fortitude to carry through the programme of savage cuts in order to achieve the EU imposed target of 3% deficit/GDP ratio by 2014 in the face of active opposition in the streets and a fear of electoral annihilation.

“In the event they cannot succeed they want the EU Commission, in consultation with private creditors to have the power to impose from outside the programme of cuts. They likewise propose the striping away of voting powers from member states who break these rules.

“Thus the norms of capitalist democracy are being curbed because government’s cannot and will not obtain even the grudging consent of working people to pay for this crisis. In the post- Lisbon era their rules do not allow for progressive or genuinely left governments to take a different course nor right wing governments to take a different course if the will of the people forces them to do so.

“President Sarkozy thinks that by these measures he can enforce austerity in Ireland, Greece and Portugal when he is failing to enforce it in France itself. The stiff resistance of the French workers is a true inspiration.”

“French workers are undertaking their sixth national strike in a month today in advance of Thursday’s Senate vote on plans to increase the age at which French people are entitled to a pension.

“The Government of Nicolas Sarkozy is under real pressure now with France’s 12 oil refineries shut down, go-slow motorway protests by lorry drivers and young people coming onto the streets in support of workers’ protests.

“In Ireland threats to workers’ living standards are growing more serious by the day with the prospect of €5 billion worth of cutbacks and tax increases now being flagged for December’s Budget.

“Pressure should be brought to bear on the Irish Congress of Trade Unions to organise a nationwide 24 hour General Strike involving both public and private sector workers as the first step in a campaign to oppose the Government’s cuts programme, demand closure of Anglo Irish Bank and force this Government from office.” 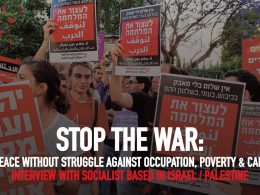 Provocations by the police and the far-right have led to a dangerous escalation leaving many dead and wounded.…
bySocialist Party 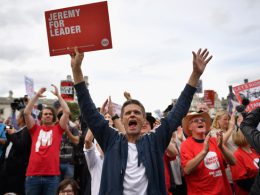