Ireland’s waterways form a complex network of rivers, lakes and streams that stretches from one end of the island to the other. Similar to the human body, there are the larger arteries such as the Shannon, the Corrib, the Lee, the Liffey, the Bann and so on, and there are literally thousands of streams and wetlands that feed into these larger rivers and lakes.

So just like the human body when toxic substances get ingested (drugs, alcohol, tobacco etc.) they have a damaging impact that can over time become fatal unless measures are taken to limit, moderate or discontinue their use. The same is true for our waterways that have seen an alarming decrease in water quality over the past few decades. For instance, in the 1980s Ireland had 573 rivers that were classified as pristine, today that number is just 20!

By far the largest contributor to the drop in water quality is the agricultural industry’s use of chemical and biological fertilizer, followed by wastewater discharges from major towns and cities. 85% of nitrogen pollution comes from chemical fertiliser and animal feces. Where farming is more intensive the nitrogen concentrations in streams and rivers are highest.

These increased levels of nitrogen and phosphorus in the water suffocate rivers and streams and threaten drinking water safety. This also plays havoc with biodiversity and the natural ecosystems which have a wide-ranging impact not just on fish, insects and water-based organisms but also on birds, bees and a whole range of animals.

By comparison to other countries Ireland certainly isn’t the worst in terms of water quality, given the traditional weakness of capitalist industry here. However, we have seen a marked increase in nitrogen finding its way into our water system in recent years. Nitrogen is like rocket fuel for plant growth and without it there would not be enough grass to feed cows and other livestock, as we witnessed in 2018 when severe cold and wet weather led to shortages in fodder.

However, when nitrogen is spread on fields in the form of fertiliser, only about 25% is actually used; the other 75% is lost to the soil or air, or it seeps into local streams and rivers and winds up in estuaries and the sea. Along the way, it boosts the growth of nitrogen-loving aquatic plants and harmful algae, to the detriment of other species.

This poses major questions in relation to the nature of agriculture based on profit-making through the market, where farmers are forced to increase productivity to higher and higher levels in order to remain competitive with their counterparts, including those in other countries. This leads to a situation where globally 1.3 billion tons of food is wasted each year, including 45% of fruit and vegetables, and of the 263 million tonnes of meat produced globally, over 20% is lost or wasted. In Europe, 20% of all dairy products are wasted each year. While a certain proportion of this is food that gets cooked but isn’t eaten, a major contributing factor is the overproduction of food in order to remain competitive with cheaper markets.

This process leads to a situation where farmers are forced to try and increase yields year on year, while seeing their returns in the form of payments diminished, as such the agricultural industry is heavily dependent on subsidies in order to keep farmers producing. The demands of the market force farmers to use more fertilizer, reclaim more wetlands for the purpose of tillage, dairy and livestock which in turn leads to the pollution of our waterways in exactly the ways we are seeing.

This crisis is not the fault of small farmers who are themselves a highly exploited component within this situation, but rather it’s the nature of the capitalist market that exploits workers and nature beyond sustainable levels for the sake of profit. There needs to be a reorientation of farming practices away from herd-based production focused on meat and dairy and towards things like forestry, rewilding and sustainable agriculture, while ensuring that farmers receive a decent living wage.

Taking such measures would require a major shift in farming practices, but it is a necessity if we are going to overcome the ecological and environmental crises that we are facing. Again, the expense for making such a transition should not be placed on individual farmers but should be spread across the whole of society through progressive taxation, where the highly profitable areas of the food industry and the corporate sector especially are made to pay. Linked with this, we need to take the major agribusinesses, food producers and supermarkets into democratic public ownership to organise food production on a sustainable basis.

The other major contributing factor in water pollution in Ireland is wastewater and sewage finding its way back into our rivers, streams, and coastal waters. This is a consequence of decades of neglect in infrastructural development by right-wing governments led by Fianna Fáil, Fine Gael as well as Labour and the Greens. We need a major programme to invest in our water pipelines and ensure there are proper water treatment plants on our coast to stop the pollution of our seas.

Planting deep-rooted vegetation along the periphery of water bodies would help to create a buffer to prevent waste and unwanted nutrients flowing into water runoffs. Implementing such policies in the short to medium term would help prevent the growth of algae as well as reducing water pollution by creating barriers that control infiltration.

In order to reduce the amount of Nitrogen-based fertilizers within the industry the  government should place strict controls on the production and content of fertilizers and where possible to use natural fertilizers such as animal manure which has lower levels of nitrogen than many synthetic fertilizers. Also by feeding livestock with the correct amount of phosphorus and regulating the amount of animal feed consumed, it will effectively control the nutrient level in the manure used in farms.

Linked to all of this we need a struggle to break with a capitalist system where production is driven by an unsustainable and chaotic model of short-term profit. Democratic socialist planning and public ownership of the key wealth and resources of society can ensure that we can sustain and conserve our biosphere and the planet as a whole. This clock is ticking, we need to build a political alternative around this programme today. 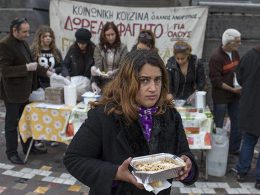 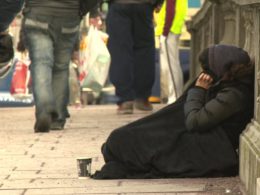 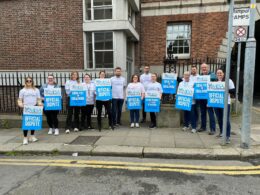