An explosion of anger ripped through the Northside of Cork city when the trustees of Catholic primary schools in the North Cathedral parish announced plans to shut the North Mon primary school, evict 171 boys and forcibly amalgamate the school with the nearby St Vincent’s girls school.

An explosion of anger ripped through the Northside of Cork city when the trustees of  Catholic primary schools in the North Cathedral parish announced plans to shut the North Mon primary school, evict 171 boys and forcibly amalgamate the school with the nearby St Vincent’s girls school.

Within the space of 20 days a demonstration of 1,000 was held;  five parents meetings including one of 300 took place; more than 10,000 petitions were collected; 4000-plus joined the campaign facebook page and the issue featured daily in the Cork media.  Parents made it very clear that failure to withdraw the plan would bring forth an increasingly militant response with school occupations, parents chaining themselves to railings etc being openly discussed.

At the end of this outpouring of anger – from Mon and Vincents’ parents alike – the owners of the school, the Edmund Rice Schools Trust (ERST), announced that the proposal was being withdrawn “at this time”.  This represents a victory for people power.

The school has been part of the community for 200 years. Many parents admire the school’s high standard of education and excellent sports facilities and aspire for their sons to be “Mon boys”.  Forcing the boys into St Vincents raised fears of overcrowding, the certainty of lack of facilities and a downgrading of  future prospects for many children.

The communities that send their sons to the Mon have been battered by austerity. Many have been forced  by unemployment, emigration and constant cutbacks – to sacrifice hopes and dreams. But people drew a line in the sand on this – the future of their children was not going to be sacrificed!

However, parents are all too aware of the fact that unelected persons who tried to close the school in February still control the school in March. The announcement that the proposal is being withdrawn “at this time” has been carefully noted by those who fought.  Any attempt to bring forward new proposals which undermine the school will produce double the reaction.
[divider]

Josie Cullinane is part of the North Mon Parents Campaign Group which played an outstanding role as an unofficial action group over the 20 days. In comments which echo the massive distrust parents have towards the schools owners she told socialistparty.ie: “ERST had no respect for us. They didn’t consult us in the first place. This caused so much upset. Now their statement has left it open with the words ‘at this time’ which I feel is disrespecting us again by not giving my child a guarantee he will always be a Mon boy.”

Who’s who in the ERST?

One Trust member is Pat Cox – former PD and President of the European Parliament. Another is Peter Kelly, a High Court judge. Pat O’Neill is former Group Managing Director of Glanbia. Dr Daniel O’Hare is Founding President of Dublin City University.
Did ERST plan to turn the Mon into an all-Irish campus,  then make it private and fee-paying?  Did they plan to make money for the Trust by selling lands?
Publicly-funded schools should not be run by corporate trusts, religious orders or Bishops. They should be in public ownership and run democratically by elected committees of parents, staff and the wider community.

Obituary: Bob Crow - an uncompromising fighter for the working class 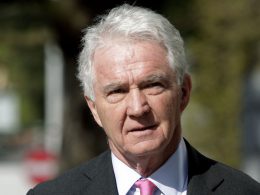 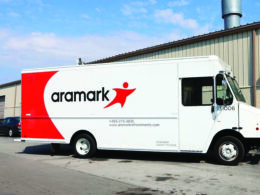 By Peter McGregor Aramark, a US multinational, has been awarded the contract to provide meals to centres for…
bySocialist Party 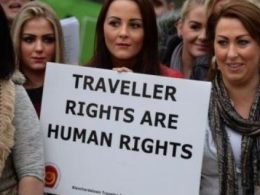