Text of Socialist Party leaflet for protest in support of #PassDebenhamsBill, outside the Dáil today.

The announcement yesterday by the government that they would effectively put the Debenhams Bill on ice for a year tells us two things. One is that this government is fundamentally anti-worker. This is also evident by its presiding over the ongoing protection of KPMG scabs by Gardaí as witnessed again in Waterford this week.

But the delaying of the Bill also shows that they lack the confidence to vote it down outright as government’s would normally do with opposition bills. This is a testament to the strength of the struggle waged by the Debenhams strikers and the widespread support they enjoy among working class people, something the Government cannot completely ignore.

The Government proposed in the interim to establish an “independent forum” with employer and employee representatives along with legal experts to consider the issues.

He said: “Fianna Fail and Fine Gael have had a long, long time to change the law and improve workers’ rights in liquidation situations. The Vita Cortex sit in was nearly 10 years ago. The Clerys’ struggle was six years ago. A special report was drawn up for them by Nessa Cahill and Kevin Duffy five years ago and they have failed to act on their recommendations. It is time for action on these issues, not more time wasting.”

The state is facing a big wave of redundancies in the autumn and protections for workers urgently need to be put in place before then.

The Bill proposes to put workers to the head of the queue for payouts from a liquidation pot and to make unpaid collective agreements into a debt in the eyes of liquidation law.

That said the Socialist Party is not in favour of announcements by the bosses of closures and massive job cuts being meekly accepted in the future. As in the case of Debenhams our first response was to challenge the logic of mass sackings and instead make the case for major job shedding sectors and companies being taken into public ownership, with workers at the heart of management.

In the whole course of the pandemic the government announced all manner of supports for private businesses to keep them afloat. The employers have not just the benefit of a pro-boss government but also representative organisations like IBEC and ISME who bat strongly for their interests.

The working class has been largely lacking a similar quality of representation from the trade union leadership in this country who should be championing policies to save jobs and protect workers.

Instead, we have to look to the likes of the Debenhams strikers who embody the type of fighting spirit of Connolly and Larkin, the pioneering socialists who led the foundation of the workers movement in this country.

This Friday marks the 400th day of the struggle, the industrial action phase of which will likely conclude next week when the ballots are counted. However, the fight for the legacy, including the Debenhams Bill will go on and we do not doubt that many of the Debenhams workers will be part of that fight. 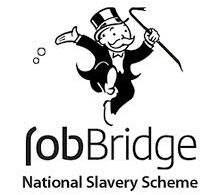