Covid-19 has plunged the world into a situation of unparalleled uncertainty and anxiety, for none more so than those already suffering from the housing crisis.

In January this year, there were officially 10,271 homeless people in Ireland. The number of homeless families had increased by 302% to 1,611 since 2015. More than one in three people in emergency accommodation is a child. These figures don’t include people who are sofa-surfing, squatting, families living in domestic violence refuges, people in Direct Provision, or rough sleepers.

We have seen multiple examples in the last couple of weeks of working people forced into desperate situations by the combination of the housing crisis and Covid-19. For example:

A young, pregnant doctor who was given an eviction notice by her landlord as she battled Covid-19 on the frontline contacted Socialist Party member Ruth Coppinger, highlighting the lack of rights for licensee tenants (those who live in owner-occupied accommodation).

Four men living in a Dublin hostel wrote to the Irish Times highlighting the plight of those living in homeless accommodation. The four included a former SIPTU organiser and community worker, a banquet manager in the Shelbourne Hotel, a bus driver, and a Facebook translator. They are living in a hostel with dormitory cubicles shared by two people, with no doors or privacy, no way to self-isolate or implement social distancing. There are no cooking facilities and, with many charities and agencies who normally help being scaled back at this time, life in the hostel is more difficult.

One of the men said, “We feel a bit run down, a bit fluey. The lads won’t say anything because they’re worried that we’ll just get booted straight out. I’m saying let’s stick together. Let’s take care of each other.”

Meanwhile, 5,686 asylum seekers are living in 39 Direct Provision centres. Most rooms accommodate up to six people with very little space. People are not permitted to bring meals to their rooms. These centres must be closed now for the health and safety of residents – not to mention the human rights issues that pertain – and alternative, permanent accommodation found.

Just over a month ago, in the midst of a general election campaign, calls from the Left for a rent freeze were deemed unworkable. The Solidarity-PBP Anti-Evictions Bill, which passed through its second stage in the Dáil in 2018, was being blocked at committee stage with a “Money Message” when the Dáil was dissolved. The Bill “risked undermining the rental sector”, according to Housing Minister Eoghan Murphy. The parties of landlords and developers were clearly obstructing the Bill. Now, faced with this emergency, they’ve been forced to U-turn on exactly these measures, but only temporarily.

Also, in the last two weeks, we have seen the collapse of the short-term let business Airbnb. Greedy landlords who were making huge profits are now desperate for long-term tenants. Housing stock that we were told was unavailable has miraculously become available. Dublin Regional Housing Executive (DRHE) have “sourced 160 self-contained apartments, 165 en-suite bedrooms in hotels and 300 (units of) adult single-occupancy accommodation.” Up to now, the government has been putting families in hotel rooms while Airbnb landlords have been ringfencing apartments and houses for tourists.

Dealing with the housing crisis

These are, of course, short-term measures and not anywhere near enough for what needs to be done for homeless people in dire conditions and at huge risk of infection. Make no mistake about it, the government will try to row back as soon as this crisis is over. But they have less room to make the same excuses. If such measures as eviction bans and rent freezes can be implemented in a health emergency, why couldn’t they be implemented for the housing emergency we’ve had for five years now?

A movement of working-class people must be organised to fight to ensure there’s “no going back”. We need massive reductions and a freeze in rent, a permanent ban on evictions and a mass public house building programme, with big construction companies and banks taken into democratic public ownership, to ensure need and not profit is central to housing provision and the crisis is solved for good. 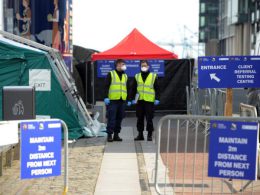 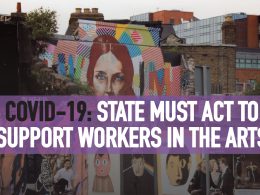 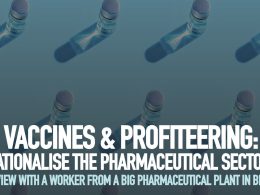