Health and childcare workers, cleaners, teachers, retail and hospitality workers: despite the fact that women are the majority in the workforces on the frontline in the fight against Covid-19 experts are warning that women are being disproportionately impacted by the crisis. If this continues unabated, women could be knocked back by decades economically and socially.

Polling carried out in Britain has shown that young women were more likely to have lost their job, to have been furloughed, or to have struggled financially, and that mothers were 47% more likely to have permanently lost or quit work over the last months.

Already existing pressures, such as the extra unpaid domestic workload for women, have been ratcheted up by the lockdown – from additional cleaning and sanitisation, and tasks connected to caring for elderly or vulnerable family members, to the lack of childcare and access to schools. At the same time, the “hidden pandemic” of gender violence and femicide have skyrocketed around the world. Intimate partner killings doubled in the UK during the first 21 days of the lockdown. Reports of domestic violence incidents in the North are at the highest since records began, and in the South, Women’s Aid reported a 43% increase in calls between March and June.

When you consider the daily realities faced by working-class women globally it is not surprising that with one hand women are fighting the pandemic, but with the other are waging a fightback against increasing exploitation and oppression. In the US “women were more likely than men to report having participated in protests over the past two years, and mothers were twice as likely as fathers”, according to the New York Times. Young women of colour were to the fore of the BLM movement and the solidarity protests that erupted internationally.

In the last weeks women have took to the streets enmasse in Israel protesting a gang rape of a young woman and a misogynistic judicial system; in Brazil young feminists, pro-choice activists heroically rallied against right-wing Bolsonarro supporters who tried to prevent a pregnant ten year old rape victim from accessing a legal abortion; in Minsk an unsanctioned “Women’s March” was held against an increasingly repressive government; and in Ireland the mostly women Debenhams workers have been on the picket lines across the country for over 150 days, staging occupations of stores in Dublin and Cork.

Women experience the most brutal aspects of capitalism, making them the most hardened and determined fighters against a system that devours people and the planet in pursuit of profit, and that perpetuates sexism, racism and sectarian division to maintain itself.

The Covid-19 crisis has shown that it is workers who are the essential factor in the running of society, and has given a glimpse of their power and potential. It has also shown that workers, and women especially will not tolerate any push back on rights or living standards. In this context a socialist feminist approach is essential: a combatitive, working-class, anti-capitalist, internationalist and socialist movement would have a transformative impact on the lives of women and of all
humanity. 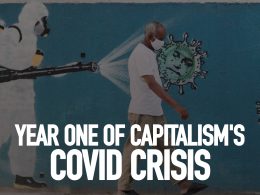 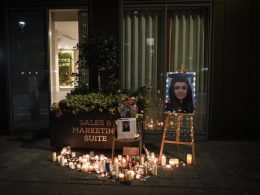 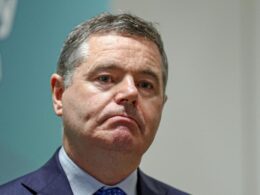