Socialist Party member and founding member of ROSA (for Reproductive rights, against Oppression, Sexism & Austerity), the socialist-feminist movement, Laura Fitzgerald analyses the different positions that have been taken towards the sex industry by sections of the left and groups such as Amnesty International.

Neo-liberal capitalism has massively increased the possibilities for capitalists to expand the sex industry and the ample profits that can be made from it. A globalised world, with comparatively rich (often white, male clients) travelling to the neo-colonial world to buy sex off comparatively poor people of colour, mainly women, trans folk and even children, is the most stark example of how capitalism, in this era, has facilitated the massive expansion of an industry that has sexism, racism and oppression woven into its very fabric.

The nature of work today under capitalism is often low-paid and precarious. This is especially the case for women workers and consequently, economically necessitates increasing sections of working-class women, migrants and LGBTQ people to work in different areas of the sex industry. These economic “push” factors, as well as the multifaceted issues that migrant workers, especially migrant women workers face, is an important tool for sex industry bosses around the world to exploit and use to hook in a workforce for their industry. The majority working in the most oppressive and exploitative aspects of the sex industry – those selling sex – are coerced into this work by difficult social and economic conditions.

This reality is completely missed by politicians of the capitalist establishment campaigning for the “Swedish model” – decriminalising the sex workers, criminalising the buying of sex. That is exemplified in the Sexual Offences Bill that passed through the Dáil in February of 2017 (see page 26).

As Solidarity (fomerly AAA) TDs pointed out, there was not even the cap doffed to, never mind any serious approach taken, to try to ensure exit strategies, for those working in the sex industry should they wish. This would include the right to work legally in Ireland, and access to affordable housing as well as training and jobs.

Similarly, there was no serious approach taken to provide increased access to healthcare, counselling (including in their mother tongues insofar as possible), special social workers to assist sex workers, and special training for Garda units that can deal sensitively and sympathetically with sex workers who need to report crimes such as theft, violence or rape. With the further revelations of the depth of the corruption and rot inside the Gardaí as an institution, this is especially important from the point of view of the safety of sex workers.

The reality of the intersection of class, gender, racial and sexual orientation oppression and exploitation is ignored with the imposition of a ‘law and order’ approach. This is one form of a neo-liberal capitalist solution to the sex industry. The other side of the same coin, is the neo-liberal solution that utterly accepts the ‘right’ of the sex industry moguls to make massive profits.

This accepts that profits can be legitimately made from an industry which reflects and perpetuates patriarchal culture. This culture expresses itself by the male buyers of sex exerting their sexual desires on female sellers of sex, whose own desires are subservient, and indeed irrelevant. Some argue that this is fine as long as the safety of sex workers is guaranteed. This is another example of illusion in a capitalist system where the drive for profit is made at human expense.

If the whole premise of an industry is to turn women’s bodies, trans bodies, vulnerable bodies into commodities for a male consumer, it’s impossible to guarantee the safety of sex workers. It is a dangerous industry, both when it is legal and when it is illegal. When women’s bodies are commodified this invariably means that they are seen as possessions or objects of those buying sex. This is the ideology and attitude that underpins male violence against women in society.

Amnesty International published its “Policy on State Obligations to Respect, Protect and Fulfil the Human Rights of Sex Workers” (Policy 30/4062/2016) on 26 May 2016. There are numerous points contained that of course are correct, namely the imperative to decriminalise sex workers themselves, the need to lift the stigma impressed upon sex workers by society, and the nefarious role of sexist and backward police forces that perpetrate huge crimes against sex workers in jurisdictions around the world. However, Amnesty’s silence on the reality of the sex industry, and on the role of the pimps, those who profit from the sex industry, is deafening. For example, the report states:

“Amnesty International does not take a position on the exact form that regulation of sex work should take, or whether it is necessary for states to develop regulations specifically designed for sex work, which are separate from the general laws that broadly regulate other businesses or employment practices in a jurisdiction.”

The use of the phrase ‘sex work’ in the above context, we take to mean the ‘sex industry’. This is hugely problematic. In essence, Amnesty takes no position on whether or not pimping should be legalised. This is outrageous. Where pimping is legalised, it results in a proliferation of the sex industry. This is manifestly harmful, because the sex industry is innately harmful. It’s built on a patriarchal world-view and profits from such a culture being prevalent. It therefore has a material interest in fostering such a culture.

The example of Germany

Since 2000, 69 women sex workers have been killed in Germany, where pimping was legalised in 2002. Furthermore, there have been at least 22 murder attempts, two people have gone missing, and one woman died in a brothel from a drug overdose.1 This has also lead to the normalisation of buying sex. In fact one million men buy sex every day in Germany and it’s a common celebration for young men who complete the Abitur (German equivalent of the Leaving Cert and A-Levels) to frequent a legal mega-brothel together. This has a broader impact in society of increasing sexist attitudes and macho culture, something that all women and LGBTQ people suffer from.2

In fact this culture is tied up with a pro-big-business cut-throat atmosphere that undermines working-class solidarity and solidarity of oppressed peoples. Not only are major pimps seen as legitimate and valued business men and women, they are lauded in the mainstream media for establishing successful profit-making businesses. This is regardless of the fact that these businesses are based on extreme exploitation that reflect and perpetuate gender and sexual orientation based discrimination.

Michael Beretin, part-owner of Germany’s mega-brothel chain, Paradise, which holds a chunk of the €15 billion per annum industry has been a contestant on German reality TV shows as an “entrepreneur”. He has said about the sex workers in his own brothels, in an example of stigmatising and dehumanising sex workers face in the industry itself, that “These people are a totally f***** up, dysfunctional bunch. Very few of them have any soul left. Very few put their heart into the job. It’s sad to say but that’s what they are.”3 It’s sad to think that such horrors as Michael Beretin are never criticised by Amnesty, and in fact could twist its paper on the sex industry to advocate for more states to consider full legalisation of the industry.

Sections of the left and feminist movement uncritically reference Amnesty’s policy document without any broader criticism of the sex industry proferred. Often it is motivated positively by a focus on lifting the stigma that sex workers face. The key slogan of this is that “sex work is work”. Of course it is work. Of course sex workers should be respected. They should be welcomed in the trade union, left and feminist movements, and should be allowed to live without stigma or state repression.

However, the analogy that sex work is the same as care work, e.g. nursing, ignores an important reality; namely the power gap that uniquely exists between a sex buyer and a sex seller – a financial, and gender power gap. 99% of buyers of sex are cis men buying sex from women, including trans women and other members of the LGBTQ community.

Sex work is work, but that does not detract from the point that men should not buy sex, if they do not wish to be part of perpetuating the very old-fashioned sexist notion that women’s sexuality is subservient to that of men’s. Worse still, no-one should buy sex as it’s impossible to know fully in what way someone has been coerced, either through poverty and circumstance, or more overtly coerced through trafficking or by a pimp, into selling sex. Silence by anyone on the left on these questions is deeply problematic, and is a gross underestimation of the prevalence of myriad forms of sexism prevalent in capitalist society today.

Just as socialists oppose the coal industry as an industry that is threatening the future of the planet and humanity, and we oppose the filthy profiteers of that industry, so we oppose the sex industry as a harmful, inherently sexist industry that profits from and promotes macho culture, and we wholeheartedly oppose the profiteering bosses and pimps of this industry. This does not for one moment contradict our full support of workers themselves in the coal industry, and the sex industry, organising for increased safety and rights.Sexual and human freedom

It’s a pertinent comment on capitalism today that the sex industry is a massive, global, billion dollar industry. Capitalism turns everything into a commodity to profit from. The sex industry moguls profit from a visage of sexual liberation, but the industry is, in fact, extremely backward, old-fashioned and sexist gender roles dressed up as modern and shiny. Real sexual and human freedom is impossible in conditions of poverty and wealth inequality.

It’s also impossible when women’s oppression remains. The struggle against all oppression and inequality has to be an anti-capitalist struggle, based on solidarity, with the working class linking with all the oppressed and exploited to challenge the ‘masters of the universe’. These are the tiny elite who are encapsulated by the eight men who hold more wealth than the poorest 3.6 billion human beings on the planet, and all the governments and states who perpetuate their power. In short, a socialist struggle is needed. 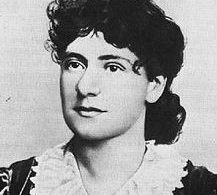 James Connolly was a great Marxist thinker and workers’ leader in Ireland, Scotland and the US. He was executed by the British state for his key role in the 1916 Easter rising in Dublin. Since then, Connolly’s ideas of international, working-class unity and socialism have been distorted by those wishing to link him with their banner. 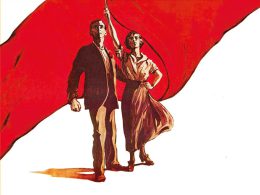 By Cillian Gillespie “Ireland must ready itself for when Europe may be run by councils of soldiers, workers…
bySocialist Party