According to a report commissioned by the Dublin Rape Crisis Centre, 42% of women have experienced some form of sexual abuse in their lifetime. Despite this epidemic level of violence, only 7.8% of women reported these experiences to Gardaí. This is even more horrifying when we consider that only 7% of reported rapes end in a conviction.

The recent case of Magnus Meyer Hustveit who pleaded guilty to raping his former partner as she slept while on heavy medication sums up the approach taken to sexual violence by the criminal justice system. Meyer Hustveit received a suspended sentence with the judge commenting on the ‘exceptional’ nature of the case.

This is part of “rape culture”, that trivialises rape and blames the victims. The victim of Meyer Hustveit was subjected to this by his legal team who brought up the completely irrelevant question of an incident of sexual abuse she had suffered as a child during the trial.

Furthermore, it has emerged that the man who has pleaded guilty to murdering Karen Buckley in Scotland, was on trial previously for attempted rape and was described as a “daft young lad” who was involved in an incident that went “horribly wrong” by his lawyer during this trial that collapsed.

Rape is about power

Rape, which is used systematically as a weapon of war, is not a result of sexual attraction/impulses. Rather it is the ultimate expression of power, supremacy and domination over a human being. This is seen both in the abuse systematically covered up by the Catholic Church hierarchy implemented by many priests in positions of power, and seen in Britain whereby not only Jimmy Saville, a friend of Thatcher and protected by the BBC institution. Former Tory MPs allegedly including former Prime Minister Heath abused vulnerable and marginalised children and young people for decades with impunity.

Austerity targets the most vulnerable

The 25% cut to rape crisis centres’ funding since 2008 is despicable. This amounts to a cut of just €1.4 million – in a state which will hand over another €8 billion to bondholders this year alone! There have also been a despicable €4.5 million in cuts to women’s refuges and domestic violence services since 2008.

Globally in recent years we’ve seen a new wave of struggle to challenge sexual violence –  the ‘Slutwalks’ of 2011, the Rage Against Rape in India in 2012 and 2013 and the #YesAllWomen movement that has swept colleges campuses in the US. We need such a movement in Ireland, that also links up with the vital and immediate task of the abortion rights movement to Repeal the 8th amendment.

Rape culture is linked to the ideology of capitalism; that of individual responsibility where atomised families with male leadership and female subservience reinforce gender norms and sexual oppression. This is the reason why most victims of rape and sexual violence know their aggressor – it’s often a family member or partner or former partner.

…and the capitalist system

We need an anti-capitalist movement to fully separate church and state in Ireland; to challenge the global corporate domination of the media that pushes dangerous sexist ideas; and to end austerity that means the decimation of public services and impoverishment of the majority to enable the continued rule of the 1%. 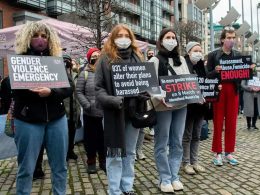 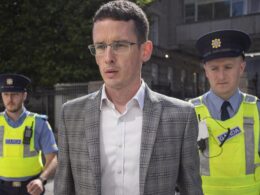