Text of Socialist Party leaflet given out today at the “Never Again, Not One More” protests against gender-based violence organised by ROSA Socialist Feminist Movement in Cork and Dublin.

Since the horrific murder of Ashling Murphy tens of thousands have participated in countless vigils in every city, town and village in Ireland, North and South, with Irish communities in London, New York and Australia also participating in large actions.

Women and gender non-conforming people have led the way in organising these vigils, standouts and protests. We know that this horrific murder is unfortunately not an isolated incident, but relates to the society we live in, where sexism, misogyny and gender-based violence are frighteningly prevalent.

In doing so, and in demanding action to tackle this systemic cycle of abuse, misogyny and violence, they have found a real echo amongst working and young people across society, of all genders and ages. The solidarity we’ve witnessed is truly inspiring.

Male violence against women is not divorced from the system we live under. It is intimately linked with it:

The system is guilty

The capitalist system stands guilty of all this. Its representatives in Ireland, the political and media establishment, may now talk of tackling the shadow pandemic of gender violence. Reflecting the pressure from below, they may introduce some measures in light of Ashling Murphy’s murder, but like with the struggle for abortion rights, they have consistently dragged their feet on this issue.

Globally, capitalism in crisis has thrown up new right-wing figures to defend its order, such as Donald Trump in the US and Jair Bolsonaro in Brazil. They are unapologetic misogynists and racists, who want to turn the clock back on the gains made by women and LGBTQ people, and stir up the most vile backward attitudes.

The struggle to end male violence against women is a struggle to end all forms of inequality in our society, is one that is in the interests of all working-class people. There are 770,000 workers on this island organised in trade unions, many of whom are women working in key workplaces, services and industries. The pandemic has shown clearly that workers create the wealth in our society and make it function. The working class, not the backward capitalist establishment, is the only force that can bring about real change in our society and bring an end to all forms of oppression and exploitation.

We do not have to accept the world our capitalist rulers have given us: systemic inequality, murderous wars and the destruction of our ecosystem. We have the power to overturn their rotten order and build a humane, democratic and socialist society, one built on solidarity and equality where the collective ownership and democratic control of society’s wealth can allow each and all of us to flourish. 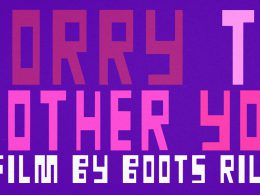 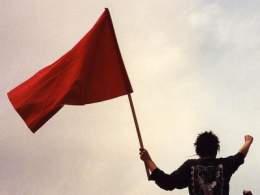