Recent documentaries have once again thrown light upon the murky world of collusion between the British state and paramilitaries in Northern Ireland during the Troubles.

According to a report by Lord Stevens, State forces ran thousands of agents within both loyalist and republican groups, some of whom became – in the words of former Police Ombudsman Nuala O’Loan – “state-sponsored serial killers”, allowed to kill with impunity as long as they remained of use. They supplied information which allowed the state to monitor and, if necessary, disrupt the organisations’ activities. However, sometimes information and weaponry flowed in the opposite direction, as loyalists were used as a proxy force in the state’s dirty war.

In 1971, the loyalist bombing of McGurk’s Bar in north Belfast killed 15 civilians and injured 17 more. Years later, a member of the covert Military Reaction Force was to admit supplying the explosives and directions, believing the bar to be a republican hotspot.

Implicated in the murder of 120 people, including the Dublin and Monaghan bombings, Mid-Ulster’s infamous Glennane Gang involved active members of the army and police and was headed by state agent Robin Jackson. In 1992, loyalists killed five people in a bookmakers in south Belfast. Stevens’ report concluded that one of the murder weapons was supplied by a soldier. Another murder weapon later turned up on display in the Imperial War Museum! On the night of the attack, the killers passed through two army checkpoints unimpeded.

The state also covered up the activities of their agents within the republican paramilitaries. Peter Keeley – an agent within the IRA – was involved in planning the attack which killed RUC officer Coleen McMurray.

Keeley claims he provided the RUC with the details of the attack but they failed to intervene. The crime scene evidence subsequently disappeared, as it did in the case of the sectarian killing of ten Protestant workmen at Kingsmill. The sole survivor and the victims’ relatives believe that a state agent was involved in the attack.

Another tool of repression

The use of agents was unregulated but knowledge and approval of the practise went right to the top.

Former RUC Assistant Chief Constable Raymond White says his request for guidelines on handling agents went right to Downing Street but received no response. He took the implied message to be “carry on but don’t get caught.” Infiltration and collusion were only part of the British state’s dirty war in Northern Ireland. Their tactics ranged from legal measures, such as internment without trial, to the use of brute military force against civilians, as on Bloody Sunday in Derry. The aim was to maintain a level of stability, or an “acceptable level of violence” as Tory Home Secretary Reginald Maudling put it in order for the capitalist class to rule.

The victims and survivors of the Troubles have the right to a full picture of what took place. However that can never come about through a process controlled by the state or by sectarian forces from either side, all of whom have a vested interest in keeping the tragedies and atrocities of that dark period shrouded in secrecy and confusion. Only a united movement based on Protestant and Catholic working class communities – who bore the brunt of the Troubles – has the potential to truly throw open the books and allow a real investigation of the conflict. 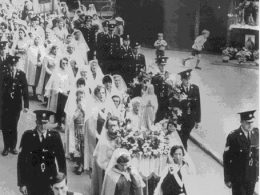 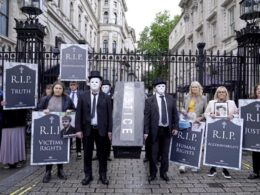 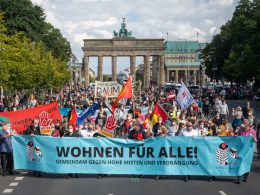