This story is copied here from the website of the new Workers and Socialist Party (WASP) of South Africa.

When I first met Comrade Ernest, he had just been released from jail, together with about 30 other workers. They had been charged with attempted murder amongst other serious charges, after they had occupied the mine underground for days and wired the mine with explosives in response to police threats to shoot them underground. I did not realise he was one of the comrades who had just been released because I did not expect that someone who had so narrowly escaped death in the stand-off with the police and mine security during their underground mine occupation, who had been subjected to police brutality, had been severely assaulted during his incarceration, and who, in addition, faced serious charges, could be all smiles and laughing as he was. But that was Comrade Ernest. It was his eternal smile – his most remarkable feature – which, as well as his undying sense of humour, for which comrades came to like him so much over the years.

Comrade Ernest was amongst the first wave of mineworkers to join what was then still a Marxist propaganda group, the Democratic Socialist Movement (DSM), the South African section of the Committee for a Workers International (CWI) in 2009. He was the leader of the 4 500 Murray and Roberts workers who had been on strike and had been dismissed by the company for participating in an unprotected strike. The Murray and Roberts strike was undoubtedly the first turning point in process of the disintegration of the National Union of Mineworkers I(NUM)–the beginning of the end to its unchallenged domination in the platinum mining industry of Rustenburg.

For the first time, the NUM was publicly and openly challenged by their own members for the criminal and treacherous role they played. Behind the backs of the workers, the NUM leaders had reached an agreement with the Murray and Roberts’s management, accepting an offer of an 8% wage increase, ignoring the mandate for the modest demand of 10, 5%.and disregarding the overwhelming opposition of the workers to the offer. This effectively terminated a protected strike rendering it illegal, clearing the way for the bosses to call upon the stat e and private mine security to brutally crush the strike.

Comrade Ernest was elected onto the strike committee which led the strike that ensued in spite of the bitter opposition from the NUM leadership. The strike became one of the first in the series of the bloody battles waged against workers by the mine bosses and the government, that culminated, ultimately, in the Marikana massacre of 16 August, 2012.

It was this experience from the early struggles against the trade union bureaucracy in the NUM, whose complete degeneration many have only begun to recognise now after the Marikana massacre that bred a permanent hatred for working class traitors in Comrade Ernest. He had an absolute disdain for conservative trade union bureaucrats which often came across as stubborn rigidity on matters of tactics in relation to trade union struggle.

The Murray and Roberts Workers Committee, in which Comrade Ernest played a central role, became the basis for the political intervention of the DSM amongst the mineworkers in Rustenburg and beyond. It was this committee which, together with the Samancor and Anglo-Platinum strike committees, became the founding components of the Rustenburg Joint Strike Committee which subsequently fanned out beyond Rustenburg, developing into the National Strike Committee that played such a pivotal role in the co-ordination of the mineworkers’ strikes last year. The founding meeting of the joint Rustenburg-wide committee, which was attended by more than 50 delegates at Ikemeleng Primary School in Kroondal, was testimony to the tireless work and organising efforts of Comrade Ernest.

At the time of his death, Comrade Ernest was a key organiser for the Democratic Socialist Movement in Rustenburg and a member of the re-named National Workers Committee of the mineworkers. In these capacities, he was also the main organiser of the Workers and Socialist Party (WASP) in Rustenburg. Having worked with him intimately, I can attest that what set him apart in these roles was the appreciation of the fact that the struggles of the mineworkers can no longer be limited to the daily and immediate demands of the workers, but has to be linked to the broader, international working class struggle for the overthrow of capitalism and the socialist transformation of society.

Having understood that the building of a revolutionary socialist party holds the key to liberation from the daily suffering that is life in the hostels and shafts of Rustenburg, Comrade Ernest dedicated himself to this task with a rock-hard determination which was an inspiration to all his comrades. He approached all issues, tactical and theoretical, with the utmost seriousness in this way, taking care to understand the precise details of each point – and once he did, he would argue and work for it with a sense of absolute dedication. We will sorely miss this seriousness combined with his ever-present smile and jokes.

He had taken to heart the need to raise his theoretical and political understanding and had nothing but absolute contempt for those worker leaders ‘who thought they knew it all’ and were not willing to learn. Though his energetic reading of Marxist literature was only in its beginning, his dedication and insistence on it convinced us all he was destined to be an even greater asset to the DSM and WASP, not only as an organiser, but a cadre capable of playing an independent political role in the further development of the party.

Comrade Ernest was born on the 26 June 1974 at Taung in the Northwest Province. Like many young working class people in the rural areas of this country, he migrated to the city for work in the mines. Soon after completing his matric, he found employment first in the Free State mines and later in Rustenburg where he worked at the Murray and Roberts-run Aquarius Platinum mine until 2009 when he was dismissed together with 4500 fellow workers. At the time of his death, he was still leading the struggle for the reinstatement of the dismissed workers. He leaves behind a daughter and son, his parents and three sisters.

The emergence of the independent strike committees, their knitting together into the National Strike Committee, the mass defection from the NUM and the establishment of WASP represent the most significant political developments in the post-apartheid era – the first steps taken by the working class to reclaim their class and political independence from the pro-capitalist ANC and its class collaborators in the Tripartite Alliance. This is the legacy that this pioneer has left behind. His dedication, discipline and ever shining smile will be missed by all his comrades and friends in the DSM and CWI. We send our condolences to his family and friends and pledge to continue the march to the emancipation of the working class and the socialist transformation of society that he dedicated his life to. 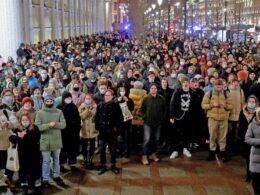 By Walter Chambers, based on discussions with Russian socialists   Military fatalities are already in excess of ten…
bySocialist Party
1 share
1
0
0 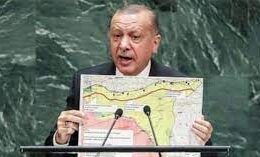 It has emerged that the Irish Ship to Gaza, part of the Freedom Flotilla 2, has been sabotaged whilst sitting in harbour preparing to sale. The damage, which was potentially life threatening, is so serious that the ship will not be able to sale, but fortunately some of those on board can move to the Italian ship that is part of the flotilla. Here on of those on the flotilla, Paul Murphy MEP (Socialist Party) responds to this latest development. 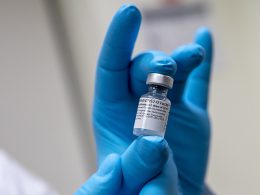 By Cathal Curran In the month since the discovery of the Omicron variant, it has already spread across…
bySocialist Party