Disaster has struck the impoverished people of Haiti once again; a powerful earthquake, early on 13 January, toppled buildings in the capital Port-au-Prince.

Disaster has struck the impoverished people of Haiti once again; a powerful earthquake, early on 13 January, toppled buildings in the capital Port-au-Prince.

The 7.0 magnitude quake – the biggest recorded in this part of the Caribbean – left the capital’s 3 million people who live on hillside slums made of wood, tin and cheap concrete, particularly vulnerable. There are growing fears that thousands of people were killed, with many more badly injured or missing. According to the Reuters news agency, “Bloodied and dazed survivors gathered in the open and corpses were pinned by debris.” Many buildings were destroyed, including the headquarters of the United Nations Stabilisation Mission (around 9,000 UN police and troops are stationed there to “maintain order”) and the presidential palace.

Power supplies and communications have also been disrupted. The desperately poor country has few resources to deal with the catastrophe, lacking heavy equipment to move debris and sufficient emergency personnel. Local people are reduced to trying to rescue victims from rubble with their bare hands.

Haiti is the poorest country in the Western Hemisphere and has a history of destructive natural disasters. A series of hurricanes and tropical storms in 2008 left over 800 people dead and caused $1bn worth of damage.

President Obama issued a statement after the latest disaster: “We are closely monitoring the situation and we stand ready to assist the people of Haiti”. But the record of US imperialism in Haiti, and indeed the region, is anything but helpful for the Haiti poor. After decades of corrupt and often brutal rule, and imperialist meddling, some estimates put poverty levels in Haiti at 80%, with the figure at 82% in the rural areas, and with 54% reduced to “abject poverty.” Adult literacy rates are at a mere 52%. Over 70% of the population is unemployed.

Going by their abysmal records, the ruling elite and US imperialism and other regional powers will not provide the necessary aid and rescue required urgently by the Haitian masses after the devastating earthquake, let alone the major resources needed to rebuild and to massively develop the country.

To respond to the earthquake emergency, the CWI calls for:

> Immediate massive funding for earthquake disaster relief and reconstruction
> Democratic control over all aid and emergency – rescue, relief and rehabilitation of the affected people – and massive reconstruction programmes, through elected committees of workers, land labourers and poor people in every area
> Build good quality housing, hospitals, schools, roads and infrastructure, and other vital public resources and services
> The cancellation of all foreign debts

For decades, Haiti has been plagued by poverty, joblessness and military dictatorships. The notorious US backed regime of ‘Papa Doc’ Duvalier, continued by his son, Baby Doc, from the late 1950s to the mid-1980s, was finished off by a mass struggle of workers and students. A series of highly unstable and short-lived regimes followed. Unfortunately, these years of radical urban movements did not have a revolutionary socialist leadership that could take power, sweep away capitalism and realise the demands of working people.

The political void was partially filled by Jean Bertrand Aristide, a popular priest working in the slum areas of Port-au-Prince, who won the 1990 presidential elections by promising to tackle poverty and to bring social justice.

Aristide’s initial reforms were popular with the poor, if timid by the standards of what is actually necessary to end poverty and joblessness. Nonetheless, Aristide was viciously opposed by the reactionary rich elite that cannot abide any expression in office, however limited, of the basic needs of the masses. Aristide was subsequently overthrown by General Cedras, in 1991, but returned to power, in 1994, on the back of 20,000 US troops after the Clinton administration eventually lost patience with the previous volatile and defiant Haitian regime. In the elections that followed, Aristide was barred from standing, but Rene Preval, his close ally, took nearly 90% of the vote. In 2000, Aristide was again elected president with over 90% support.

Aristide’s support lessened as he failed to make any real change to poverty conditions and as allegations of corruption and vote rigging increased. But still the ruling elite could not stomach Aristide’s popular support. The reactionary opposition mounted an uprising in 2004, with the Bush administration’s support, and Aristide was bundled out of Haiti by US troops. The situation worsened considerably, with lawlessness and kidnappings rife and factories shut down due to a lack of foreign investment. Poverty conditions led to the loss of 2,000 lives during heavy rains in May 2004.

The years since Aristide’s removal have seen continuing crisis and violence and a succession of prime ministers. In 2006, in the first elections since Aristide’s removal, Rene Preval was announced winner of the presidential vote. The increase of foreign troops, led by Brazil (playing a regional imperialist role), saw bitter clashes between UN troops and armed gangs in Cite Soleil, one of the largest shanty towns. Food riots, in April 2008, forced the government to announce a plan to cut the price of rice.

Despite President Preval’s description as “a champion of the poor” he has not tackled the deep inequalities in Haiti. His latest prime minister, Jean-Max Bellerive, installed in October 2009, is an economist who courts foreign investors. The huge social gap between the poor Creole-speaking black majority, that make up 95% of the population, and the French-speaking mulattos, 1% of whom own nearly half the country’s wealth, remains unaddressed.

In 2009, a mere $324 million aid was ‘pledged’ by ‘international donors’ to help Haiti recover from hurricanes and food shortages. But the worldwide economic recession has even further lessened any meaningful aid or debt relief for Haiti. Moreover, Haiti’s poverty is fundamentally due to the consequences of centuries of imperialist oppression and exploitation, including the imposition of neo-liberal policies over the last two decades. Trade policies imposed on the country by international financial agencies saw, in 1994, the tariff on rice imports lowered from 36% to 3%. This left Haiti dependent on food imports, particularly from the US, because local farmers could not compete with imported rice and home production vastly reduced. Soaring rice prices and other staples in 2009 hit the Haitian people very hard. In July, last year, the World Bank an IMF canceled $1.2bn of Haiti’s debt – 80% of the total, which the capitalist institutions probably concluded would never be repaid – but only after deciding Haiti had fulfilled “economic reform”.

Only the masses of Haiti, with the working class playing the leading role, can find a way out of the endless poverty, joblessness, violence, coups and dictatorships. Haiti has a proud, revolutionary history. Just over 200 years ago, the black masses abolished slavery and won national independence for Haiti. Their deeds were an inspiration to the masses of the Caribbean and the working people of Europe.

The colonial and, later, the imperialist powers, were vengefully determined that the ‘black republic’ would be seen to fail and embarked on a series of interventions and endless meddling. The 1930s and 1940s saw social and class turmoil in Haiti, including student and workers’ protests. In these decades, the small working class created trade unions. Several communist parties were also established but faced severe repression. In the absence of powerful working class organisations, reaction was able to triumph with the coming to power of the Duvalier dictatorships.

Today, more than ever, a workers’ and poor people’s mass alternative has to be constructed in opposition to the tiny rich elite. The current earthquake disaster and likely character of the ‘reconstruction programme’ under the auspices of the rotten ruling elite and regional capitalist powers, will highlight to the Haitian masses the need for democratic control of the resources in society. On the basis of capitalism, the vast majority of people will remain impoverished, jobless, illiterate and hungry and living in shantytowns or in the countryside, without electricity. This barely subsistence existence means that the mass of people are highly vulnerable to ‘natural disasters’, such as the recent earthquake.

Workers and poor need their own independent class organizations – unions and a mass party – a socialist alternative that would fight for real fundamental change, making an appeal to the working class and poor across the Caribbean and the whole Americas.

> End unjust trade policies and the imposed policies of the World Bank and IMF
> State subsidies for struggling small farmers
> Jobs and a living wage for all
> Properly funded education and public health service
> Bring the resources and main planks of the economy into public ownership, under democratic workers’ control and management
> UN forces out of Haiti – End imperialist meddling
> Build a new mass party of the working class and poor, with socialist policies
> For a socialist Haiti, with a democratically-run planned economy, under the control and management of working people, as part of a voluntary and equal socialist federation of the Caribbean 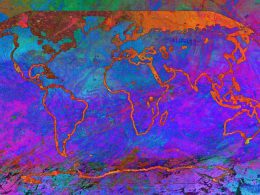 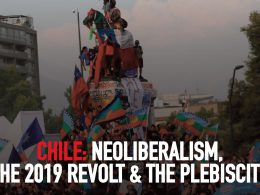 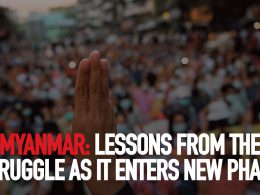