On 17 October, Europe’s “leaders” gathered in preparation for a summit of heads of state in Brussels. This was their umpteenth crisis meeting since the capitalist economic crisis and resulting social and political turmoil began to violently shake the foundations of the bosses’ “European unity project”. Little surprise then that this summit, like those which preceded it, ended without the slightest indication of moves towards successfully stabilising the continent’s explosive economic and debt crises. Under the rule of the Troika (IMF, ECB and EU), the markets and capitalist political leaders, Europe continues along the path towards a deepening social disaster, with the economic recession accelerating and a slash and burn policy, of attacking the living standards and livelihoods of workers, young people, the unemployed and pensioners across the continent. In the last three weeks alone, governments in Greece, Portugal and Spain have introduced new super-austerity packages, the latest in a never-ending offensive.

However, on the same day in the same city, an important decision – for a European-wide day of workers’ action against austerity – which could potentially represent a turning point in the struggle of workers was made at a summit of the European Trades Union Confederation. 14 November was declared a European-wide day of action, with at least coordinated general strikes confirmed for Portugal and Spain, a half day general strike called by Italy’s largest trade union, the Cgil, to be accompanied by mass demonstrations in other European capitals. This will be a day of international struggle on a higher level than seen before, and the first attempt in the current crisis at coordinated general strike action. The CWI welcomes this decision, and will struggle to ensure that 14 November is a successful day of struggle that can lay the basis for further more generalised actions. A successful day of strike action and protests can send a message of unity, demonstrate the anger of working people across the EU and help overcome feelings of isolation which exist amongst some sections of workers and youth, in countries like Greece.

Since the beginning of the current crisis, the CWI has stressed the need for the European-wide coordination of the fight-back – including in this statement published shortly before the ETUC formal announcement – and has taken concrete initiatives to popularise and promote international action, beyond the symbolic European-wide demonstrations called by the ETUC, up until now. The positive decision by the ETUC leadership to coordinate action on 14 November, which flows logically from the continental-wide character of the attacks on workers and the growing fightback, is also the result of growing pressure from below in the workers’ movement, particularly in Spain and Portugal and other countries of Southern Europe. Although it comes late in the day, and is the result of the massive pressure for action which is building up, 14 November represents a key development and lets the “genie” of international general strike action out of the bottle. It could lay the basis for international struggle on an even higher level in the next period.

However, the full scale of this action, broadly agreed by the tops of the European trade union movement, has not yet been fully clarified. In many countries, the trade union leadership is hesitating and delaying calling action. In Spain and Portugal, they have been compelled to call a general strike. In Italy, the COBAS have called for a strike although the CGIL has yet to decide. Outside of the Iberian penninsula, there is a clear basis to add to the number of countries in which general strike action could and should take place, if the trade union leadership were to make the call. In Greece, five general strikes have taken place already this year, and the rotten coalition government has just agreed a new list of brutal measures to further the destruction of the lives of millions, including a 6-day working week.

The inclusion of 14 November as a key date in the ongoing struggle of the Greek working class movement to do away with the government of the Troika and for a workers’ government, is possible and would represent a uniting in battle of the inspirational Greek working class fighters, with those whom they have inspired in Spain and Portugal. The conditions exist for 14 November to include a general strike across the whole of Southern Europe. In Spain and Portugal, strikes have been called. In Greece, Italy, Cyprus, and Malta the question is being discussed. In Belgium, important sections of the trade union movement have come out in favour of a general strike on 14 November. There is anger and demand for action throughout the EU. Even in some countries where protests have yet to be called, the situation is ripe for the calling of a general strike. We urge the organisation of solidarity protests in those countries where no general strikeare officially being called. Following on from a day of international action, including a Southern European wide strike on 14 November, a plan of escalating and widening international action could be put in place.

The worsening of the crisis nightmare throughout Europe and the determination of the working class and youth to fight back, is creating the conditions for such a process. On 20 October, 150,000 marched in London against austerity, where massive pressure is being brought to bear on the leadership of the TUC to call a 24 hour general strike, with three major trade union general secretaries speaking out in favour. The TUC leaders have been compelled to discuss such a possibility in great part due to the struggle for a 24 hour general strike by trade union activists organised in the National Shop Stewards Network (NSSN). As in other countries, anti-union legislation makes the organising of a general strike extremely complicated in Britain but this cannot be used as an excuse for inaction by the union leadership.

In Ireland, tens of thousands continue to refuse to pay the Troika’s “household tax”. In France, the Hollande government’s turn towards austerity, following its election just a few months ago, is preparing the ground for a new period of class confrontations. Thus we see how, while not immediately realisable, there is the basis for socialists and working class and young activists to set their sights on an all-European general strike. Action on ‘14N’ could be an important springboard for a campaign in favour of such a strike. But just calling strikes is not enough. Such a campaign would have to be taken up in workplaces and throughout the workers’ movement, to be explained and popularised, building confidence and developing a strategy to take on anti-trade union laws which are put forward as an obstacle to general strike action in countries like Britain and Germany.

Despite the importance of an international plan of coordinated action, it is important that this question is not used to put a break on the class struggle in any given country. International coordinated action flows organically from the calendar of the class struggle in each country, and begins with the fight against national governments and bosses. In Spain, Portugal and Greece, for example, we must not allow the need to coordinate action on a continental level to allow trade union bureaucracies to hold back from quickly escalating action following 14N. Forty eight hour strikes, for example, to build momentum against the weakened governments of the Troika and big business in these countries are an essential next step.

The European class struggle is entering a new stormy phase, where the bringing down of bosses’ governments will come within the reach of explosive movements of the workers and youth. With the forced withdrawal of the TSU wage attacks in Portugal we have already seen how victories can be forced from pro-austerity governments and capitalism’s representatives. However, we believe that to achieve lasting victories and to break from the cycle of desperation and impoverishment, our movements need to be armed with alternative policies, to invest the wealth of society in jobs and regenerating living standards, instead of the payment of the speculators’ debts and bank bailouts. Socialists have a key role to play in intervening in the coming battles to popularise the struggle for workers’ governments based on such policies and the nationalisation, under democratic control, of the banks and key sectors of the economy. As the struggles of European workers become coordinated across borders, we see the potential opening up for a workers’ alternative to the capitalist EU of the markets. An international movement, under the banner of a struggle for an alternative, equal and voluntary, democratic socialist confederation of Europe, is on the order of the day.

Rape is no joke 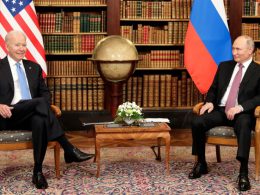 The Palestinians’ struggle – how can a state be realised?

The US Secretary of State, John Kerry, recently discussed with Arab League officials on how they can revive the Israel-Palestine peace process. However, as Israeli governments have progressively increased the number of Jewish settlers in the West Bank and East Jerusalem, eating into the Palestinian territories, more and more people are questioning whether a viable Palestinian state next to Israel is now possible.