“Bar workers employed by the multinational catering giant SSP in Dublin Airport are rightly determined to fight to save the jobs they have being doing for decades in many cases.

“SSP, after winning a tendering process last February overseen by the DAA paid lip service to Transfer of Undertaking laws and proceeded to try force wage costs down in the most crude of manners which I have detailed in previous statements.

“At this point in time some six bar staff have been selected, unfairly in my view, for redundancy and are pursuing an internal appeals mechanism within SSP overseen from the UK. Those that have not been selected for redundancy are being put on a four week ‘trial’ and are being told that if they are not sacked at the end of that period they may continue their job at €9.40 per hour, a pay cut in the order of 37%.

“Rather than responding to the mood for a ballot for industrial action the SIPTU official locally has mistakenly bought into the redundancies as a done deal and has engaged in a process of negotiating redundancy terms. This fatalistic approach by SIPTU of not fighting to save jobs has got to stop. The workers have taken the unprecedented step of addressing themselves in an open letter to Jack O’Connor, General President of SIPTU insisting that a ballot be conducted as a last throw of the dice to save their jobs.

“I salute their couragious stand. I think it will resonate with working people and the unemployed up and down the country were it not for the media disinterest to date. A successful ballot and action might change that.” 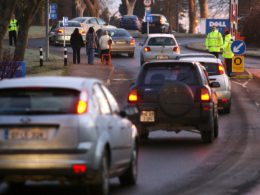 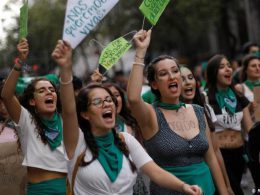 On Tuesday, September 7, in the midst of a series of demonstrations by the Mexican ultra-right — a…
bySocialist Party
Read More