The reality of what the bank bailouts mean for working class communities is very real. Billions are already being sucked out of public services and publicly funded programmes – and worse is to come.

The reality of what the bank bailouts mean for working class communities is very real. Billions are already being sucked out of public services and publicly funded programmes – and worse is to come.

According to Phil Duffy, a SIPTU activist and youth worker with the South West Inner-City Network in Dublin, “Services for hundreds of thousands of vulnerable people in the most deprived working class communities around the country are being drained of essential funding. We work with 10 to 21 year-olds and you can see they’re kids who have problems since they were toddlers. Services of this type in this community are already struggling, already vulnerable and now they’re just being decimated. This is also in the context of the cancellation of promised regenerations of a lot of flat complexes like O’Devaney Gardens, Theresa’s Gardens, and Dolphin House. The process of emptying out these flats for re-housing was begun but was left unfinished, so these areas are in a limbo with loads of flats boarded-up and they’re not being maintained. After all the talk, all the promises, the boom never reached these communities and many of the old problems are building up all over again”.

Phil explained that “Last January they cut the youth workers’ wages. They say they need to bring in the same cuts as those for public sector workers. These youth workers are ineligible for public sector benefits or pensions yet they are to subject to the same wage cuts! The unfairness of this is obvious to people and we’re organising through SIPTU to fight it. We organised a meeting and had over a hundred youth workers at a meeting in Dublin. Many of these previously unorganised workers are joining the union and we’ll be bringing a challenge to the LRC soon”.

SIPTU, Impact, Unite (along with the Community Workers Forum and the Community Sector Employers’ Forum) have been involved in a campaign against community sector cuts for over a year. Last September’s demo of over 15,000 was a positive indication that a powerful union-led campaign on this issue is possible. The cuts will continue and worsen in the upcoming budget. A strong campaign of community sector workers and communities will need to force the unions involved into organising a real fight to save community jobs and services.

What the bank bailout money could buy

On Wednesday 14 November, at short notice over 2,000 people gathered at the Dáil to mourn and protest the death of Savita Halappanavar. With calls of Never Again people demanded changes to Ireland's backward abortion laws. At this protest Socialist Party Cllr. Ruth Coppinger announced Paul Murphy MEP's call for an International day of Action for Legal Abortion in Ireland on Wednesday 21 November. 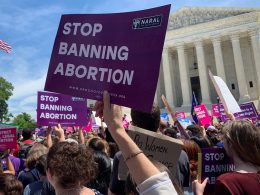