There must be a referendum on the Austerity Treaty

Usually it takes some years for a new government to develop a haughty arrogance toward the people who put it in power. With the current Fine Gael/ Labour Coalition this time span has been shortened to less than one year, something to do no doubt, with its huge majority of sixty in the Dáil.

Usually it takes some years for a new government to develop a haughty arrogance toward the people who put it in power. With the current Fine Gael/ Labour Coalition this time span has been shortened to less than one year, something to do no doubt, with its huge majority of sixty in the Dáil.

That arrogance has been in full display this week on the question of the new Eurozone ‘fiscal compact’ and on whether this should be put to the Irish people in a referendum. It will have come as no surprise that Fine Gael Transport Minister Leo Varadkar was among the first to opine that the people weren’t really up to the task of analysing the issues. ‘I don’t think referendums are very democratic’, he declared.

According to Minister Varadkar people wouldn’t vote on the Eurozone agreement but on ‘extraneous issues’, like ‘septic tanks, or the bondholders, or the banking crisis or decisions being made by the government like cutbacks.’ He should have included the household tax also, opposition to which is currently drawing people to meetings of hundreds right around the country.

The Minister is quite wrong to suggest that these issues are not related in any way to the new agreement. The reason there is such a massive funding crisis in this State is precisely because of the speculative activities of bondholders and banks and the reason we have a regime of cutbacks is because of the austerity imposed to rescue their financial markets system from its crisis.

This new ‘Austerity Treaty’ dictates a straitjacket of fiscal rigidity that would tie the hands of EU Member State governments, prohibiting them from using budgetary mechanisms that might involve necessary borrowing to kick start economic activity, necessary to get an economy out of a rut such as that into which many peripheral EU states have been cast by the present crisis. It is not public borrowing or deficits in themselves that have landed this State in the economic mire. It is borrowing for bailing out parasitic institutions and then demanding that the loans are paid by a massive transfer of resources from the Irish people which is wrecking demand in the economy and thereby causing a massive crisis of unemployment and attacks on public services.

The agreement among the twenty five EU Member States involved, demands that the annual Budget deficit be no more than 0.5% of the Gross Domestic Product and that a limit be put on total public borrowing at 60%. It is expected that the total public debt in this State – as a result of the bank bailout and the crisis it has caused – could reach something close to 120% of GDP in a few years. Imposing the level of cuts needed to meet these targets, would mean a continuation of austerity for the indefinite future.

To imagine the consequences of this, all we need do is look at the impact currently of existing cuts on Health and Education. Ongoing cuts for another ten years would leave our services in the Stone Age and pile more and more pressure on living standards as stealth taxes and other burdens would be increased. The Austerity Treaty provides for all of this to be automatically applied notwithstanding the circumstances.

In reality, power over key areas of economic policy would be moved to the bureaucracy of the European Union and away from the member States. This would be a huge attack on the democratic rights of the ordinary citizen. The reality would be that they could remove a government from power through a General Election but the economic policy, which could have been the main reason for the removal, would be required to stay the same, subject only to EU mandarins.

It should be unthinkable that an agreement of such serious importance would be imposed on the Irish people – indeed on the people of any European State – without a direct vote. Yet the Irish government is absolutely determined to deny the people such a vote. But a Red C Opinion Poll published at the weekend showing 72% wanting a referendum speaks for itself.

The government is hiding behind the referral of the agreement to the Attorney General attempting to give the impression that the final decision rests with her office and that an opinion by her that a referendum wasn’t required by the Constitution, would be the end of the matter. This is false. The Attorney General only advises, it is the government that is supposed to decide.

No doubt many concerned citizens will find ways of putting pressure on Fine Gael and the Labour Party to put the issue to a vote. Among the initiatives is one by Socialist Party/ United Left Alliance MEP and colleague, Paul Murphy, who has launched an online petition demanding this at www.referendumnow.eu. Thousands should sign.

The Socialist Party has been in discussion with others on the left with a view to forming an Electoral Alliance for the Local Elections which will take place in June 2009. These discussions have been publicly carried in the pages of our paper "the Socialist" and on this website. The Socialist Party has put forward a very positive proposal for a local election slate of candidates. It is important the slate would field credible candiates with a record in the their area that there is political agreement with the programme of the slate which will flow from discussions. We feel these issues among others mentioned in the material below are extremley important if we are to get aggreement. This is why in these proposals we have provided fuller elaboration of our position in an open, honest and constructive manner we hope that other groups will respond in kind.

“I know one or two women... who probably don’t make very much money at all from working but they do it to keep their position on the career ladder, if you like. That’s a legitimate thing to do but if you can’t pay your mortgage as a result or you can’t buy your groceries as a result well then that’s something that needs to be taken into account in any insolvency arrangement.” This is the backward position of Minister Leo Varadkar commenting on upcoming insolvency legislation. 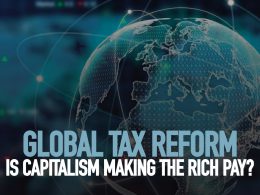