In the last week the ruling elite have mobilized their police forces in an attempt to smash the Occupy movement, which they correctly see as a threat to their rule. Democratic and Republican Party mayors and city councilors have sent out their police to obediently do the dirty work. But tearing down tents and arresting protestors will ultimately fail to repress a movement that has broad support. They may evict some occupiers in this or that city, but they cannot contain the deep anger in U.S. society forever.

Occupy Wall Street has already changed U.S. society. It has ignited new struggles beyond the occupations themselves. Students are starting to organize against tuition hikes. Activists are fighting foreclosures. Teachers are fighting attacks on public education. Many of them are using some of the bold tactics and radical slogans of Occupy.

Working people and youth have already faced the most devastating onslaught to living standards, working conditions, and social programs seen in generations. Now the Congressional “Super Committee,” an un-elected commission of Democrats and Republicans representing the interests of the 1%, is expected to present trillions of dollars in cuts to social services that are essential to the 99%. Both parties have already agreed to over $400 billion in cuts to Medicare and deep cuts to Medicaid.

Their proposals are due to be presented to Congress on November 23, after which Congress needs to vote on them by December 23. Also, education and essential social services are on the chopping block at a local level.

There is a major opportunity now to link together the fight against police repression, defending the occupations and our democratic rights, with the struggles developing against foreclosures and cuts to form a truly massive and united movement to make Wall Street pay for their own crisis. We need to take our movement into the schools and colleges, into our communities and workplaces. By demonstrating our willingness to fight for the concrete burning issues that affect the widest layers of workers, young people, and the poor, especially the most oppressed communities of color, we can bring millions out into the streets.

Building a dynamic and broader movement

The tactic of occupying parks and plazas has played an excellent role in the early stages of the movement, providing a clear and powerful gathering point for mass discontent in society. The widespread support we have won demonstrates the deep anger that already existed underneath the surface at the wealthy elite and the corporate politicians who serve them. It also shows that radical demands to change society combined with bold tactics, far from isolating and marginalizing the movement, has been the key to tapping into that anger and support.

Now it is time to take it a step further, going beyond the occupations and mobilizing millions into struggle. This is what is needed to push back the ruling elite and change the balance of power between the “1%” and the “99%”. If we are unable to reach out and build then there is a danger of the Occupy movement becoming too inward-looking, isolated, and exhausted from fighting police repression.

The massive mobilization in Oakland on November 2, with at least 20,000 in the streets, shut down the port for several hours in response to Occupy Oakland’s call for a general strike against police repression of the movement. Though it was not a full-blown general strike, the call resonated among a broader layer of workers and union members. It clearly points a way forward as the movement was able to begin to tap into the massive power that lies with the broader working class.

The working class has enormous potential power. Through job actions and going on strike they can paralyze big corporations and banks, stopping their operations and their profits. Our biggest ally is the working class – those who work for a wage, blue collar or white; those who produce the wealth. That’s who we need to mobilize to stop the repression and defeat the bankers and their loyal servants in public office.

We saw a glimpse of the potential power of the working class on November 8. Ohio voters defeated the Republican governor’s right-wing agenda, when a landslide majority voted to repeal the latest piece of anti-union, anti-worker legislation passed earlier this year. To do so the unions distributed 4.1 million fliers to over 3,000 worksites, knocked on 1.1 million doors, sent 825,000 letters in the mail, spent $30 million and mobilized 17,000 volunteers over the weekend to get out the vote. Imagine that sort of effort to mobilize in the streets and not just at the ballot box.

The unions have provided support for the Occupy movement. Unfortunately, the mostly conservative leaders of the unions don’t want to upset their cozy relationship with the Democrats by mobilizing the power of the labor movement. Most union leaders don’t have any experience leading militant and dynamic struggles. Fortunately for our movement, the power of unions does not rest with their leaders, but their tens of millions of members. The Occupy movement can play a role in energizing unions by helping to mobilize their members into action. This is the way the unions can start to be transformed into activist organizations. An active membership can organize from below and pressure their leadership to mobilize and link up with the Occupy and student movements in mass mobilizations to build strength, solidarity, and confidence as a step to more decisive strike action.

Conferences to build a wider movement

The general assemblies have played an important role in bringing people into political activity. Along with the various committees, they have been an arena to help train new activists. But we now need to go further. We need to develop wider structures to organize a bigger movement. To allow the widest possible participation and ensure a coordinated and united fightback we need to look to develop structures which can bring together assemblies of all the occupations, unions, student groups, and various struggles which are developing. They could send elected delegates to local and national meetings and conferences.

We need to organize conferences to allow discussion on different views to draw out the lessons so far and to take the movement forward. We can unite around immediate actions to organize truly massive demonstrations in the streets as the next step. Given the deep anger in society there is no reason why we can’t put millions in the streets across the U.S. in opposition to the policies of the ruling elite if we have a united and coordinated all-out effort.

Demands and an independent voice

The conferences could also decide the key demands and message of any future actions. In order to mobilize the full power of working people and youth, we have to raise demands that are understandable to the millions affected by cuts and the myriad other injustices in our society, like foreclosures, layoffs, and discrimination, to name a few. Clear demands can mobilize new layers of people by providing real solutions on jobs, education, and healthcare that the majority can rally behind.

Raising clear demands will also allow the movement to define itself. If it does not, the corporate media will pick any particular sign, activist, or idea to mis-characterize the movement. Corporate politicians will make all kinds of rhetorical gestures in support of a movement if it doesn’t raise clear anti-corporate demands, such as making the banks pay for the crisis, not workers and youth.

There is a serious danger that the Democratic Party, as it has done time and time again, will attempt to co-opt the energy and message of this movement for electoral gain by making empty promises and then betraying the movement. That’s why it’s necessary for the movement to create its own political voice, first by running independent candidates in 2012 that speak out against the 1%. Imagine the eruption of anger that would now develop if they banned candidates representing the 99% from official debates as they did to Ralph Nader and other left candidates in the past. Running radical candidates is a great way to expose the interests of the 1% in front of the 99%. This could be a step toward building a new party for workers and youth – one that takes no corporate money, is independent of both corporate parties, and that helps lead the struggle for the interests of the vast majority.

Break the power of Wall Street and their corporate politicians

It is possible to build a force strong enough to fundamentally change U.S. society. To challenge the power of the 1% and open the door to ending the dictatorship of Wall Street and the whole capitalist system, the movement can aim to fight for these concrete ideas:

Who are Socialist Alternative?

This system, capitalism, is the root cause of poverty, war, racism, sexism, and environmental destruction. We need an alternative where the resources of society are controlled and managed democratically by working people. In order to achieve a new system, democratic socialism, we need to build an organization and movement here and around the world for fundamental change. Socialist Alternative is part of the international struggle against capitalism and supports the Committee for a Workers’ International (CWI). For analysis, articles and reports of the CWI and the sister organizations of Socialist Alternative see www.socialistworld.net. Join this movement by getting involved with Socialist Alternative. (206) 526 7185, info@socialistalternative.org, www.socialistalternative.org 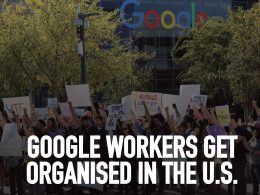 By Shane Finnan Some good news to start the year came on Sunday 3 January. 230 workers in…
bySocialist Party
Read More

In the August primary election for Seattle City Council, Socialist Alternative candidate Kshama Sawant won a stunning 35% of the vote in a three-way race against two Democratic Party candidates. Over 44,000 people voted for Sawant, more votes than the incumbent Seattle mayor or any of his opponents. 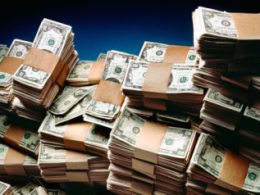