Warren Buffet, one of the richest men in the world said earlier this year that “There has been class warfare going on… and my class isn’t just winning, I mean we’re killing them”. The onset of neo-liberal capitalism in the late 1970s that saw a shift away from manufacturing because the rate of profit for the corporations therein had flatlined, towards a finance capitalism in particular, facilitated a huge squeezing of the US working class, dashing the American Dream for the majority and massively increasing the wealth of the tiny minority of super-rich.

Warren Buffet, one of the richest men in the world said earlier this year that “There has been class warfare going on… and my class isn’t just winning, I mean we’re killing them”. The onset of neo-liberal capitalism in the late 1970s that saw a shift away from manufacturing because the rate of profit for the corporations therein had flatlined, towards a finance capitalism in particular, facilitated a huge squeezing of the US working class, dashing the American Dream for the majority and massively increasing the wealth of the tiny minority of super-rich.

The impact of the de-industrialisation of the US has been depicted in the likes of the popular TV series “The Wire”, whereby the hopelessness of the inescapable cycle of poverty, state racism and social decay was illustrated. This process of the impoverishing of the masses and the prospering of the elite has accelerated since the capitalist calamity of an economy fuelled by bubbles, collapsed. Foreclosures of working families’ homes in the US have led to “tent cities” of those made homeless by the greed of private banks.

In some US cities that were formerly hubs of a thriving car industry, main streets lay deserted and multi-storey buildings begin to be reclaimed by plant life. This July, a record 45.3 million people in the US were in receipt of food stamps. Meanwhile, a new report has indicated that the top 147 corporations in the world control 40% of the entire world’s wealth, with the likes of investment bank Goldman Sachs that Matt Taibbi in the Rolling Stone described as “a great vampire squid wrapped around the face of humanity, relentlessly jamming its blood funnel into anything that smells like money” high on the list.

It is in this context that the small number of protesters who declared that “We are the 99%”, referring to the yawning gap between the top 1% elite and everyone else, and decided to Occupy Wall Street, managed to strike a collective nerve in US society, facilitating a timely discussion about the inbuilt inequality within the capitalist system, and the unacceptable situation facing the mass of working families, students, young people, the unemployed, people of colour and so on within the US at the hands of the dictatorship of the markets and the parasitic rule of banker vampire squids and their suitably spineless, toady politician friends.

Since this action in September, fuelled by terrible state repression of protesters that only swelled the number of occupiers and their determination. Occupy Together has grown, with days of action swelling to 25,000 in New York. Occupations established, albeit very small, symbolic ones in many cases, in 100 cities across the US, and in 900 cities around the world.

Where the Occupy Together camp has managed to coalesce with existing movements and struggles of young people and workers against austerity, and therefore find broad, active points of support, it has been able to mobilise tens of thousands, like in Chile and in Spain.

The internationalism of Occupy Together illustrates the tremendous potential for struggle and solidarity of young people, workers and the unemployed around the world, as a global struggle is what’s necessary in order to challenge the global rule and domination of the 1% who hold the wealth and therefore the power. The inspiration that the revolutions that have swept the Arab world in 2011 have provided is immense, with the occupation of Tahrir Square in particular a reference point for the tens of thousands of ‘Indignados’ in Greece and Spain, and all of these movements inspiring the Occupy Together wave of occupations.

The level of support that Occupy Wall Street has garnered is significant. According to the Financial Times, 59% of people in the US support the aims of Occupy Wall Street, and in fact even Obama has felt pressure to, disingenuously it must be said, reflect this, mentioning the 1% and the 99% in a speech.

Occupy is twice as popular as the Tea Party, which in its own crazed right-wing manner reflects the malaise caused by the class divide in US society, and this support has been achieved in spite of the multimillionaire owned and controlled right-wing mass media. The potential for radicalised young people, for example, to reach out to the working class and oppressed in the broadest sense is certainly there. The fact that 100 uniformed Iraq veterans marched against the rule of the 1% at an Occupy Wall Street solidarity demonstration with Occupy Oakland which has experienced vicious police brutality, gives a glimpse of this.

Key to the development of Occupy Together will be the extent to which it can reach out to and engage in the fullest sense, the working class as a whole, and the organised working class in particular.

There was a spectacular movement early this year in Wisconsin against draconian anti-union legislation, that, whil­e wasn’t on this occasion victorious, illustrated the importance of organised labour and workers as a whole to changing society – there is a reason that states throughout the US are attempting to cut back on legal union rights and that reason is that the 1% fear the latent power of workers, most sharply expressed by strike and general strike action that has the power to immobilise society and the elite’s indescribably cherished profit-garnering ability.

The 48 hour general strike that workers in Greece engaged in in late October illustrates this – during which time the whole of Greek society came to a standstill and half a million workers and young people demonstrated in Athens.

The act of occupation in and of itself is not enough – in Egypt the occupation of Tahrir Square reached out to and emboldened workers who engaged in tenacious strike action which was in fact critical to the fall of the Mubarrak dictatorship.

In Oakland, California, Occupy has taken an important first step in this direction. After the police seriously injured Scott Olsen, a 24 year old Iraq veteran participating in Occupy Oakland, an angry General Assembly held that evening called a general strike for 2 November.

In its press conference to announce the latter, Occupy Oakland referred to the 1946 Oakland General Strike, evoking the proud labour movement tradition in the US and the power of workers engaging in strike action. They correctly saw the need to escalate the protest and looked to workers to take strike action to do so. Many rank and file workers supported the call – enough so to exert pressure on the union leaders to speak positively about the call for a general strike, but unfortunately not to actively call a strike or encourage their members to participate, apart from asking them to apply for a day off work. Therefore what happened on the day was limited, with only small sections of unionised teachers and longshoremen participating. The protest did manage to shut down Oakland port for up to 5 hours.

The example of the Oakland “general strike” illustrates the initial nature of Occupy. In order to be capable of organising a general strike, workers themselves must be at the heart of organising in Occupy, potentially with general assemblies themselves in major workplaces and so on to work as committees of struggle, capable of forcing union leaders to call real action and if such assemblies developed, capable of organising effective action including strike action. However, the positive sentiment from Occupy Oakland towards such a situation, is in and of itself a big plus.

The lack of an organised political force that represents the interests of the 99%, workers, unemployed, poor, young people and so on, is a question that must be addressed. Simply put, the Democrats and Republicans represent different wings of the 1%. As the winter kicks in and the difficulties of maintaining camps intensifies, the means by which the anti-corporate, anti-banker ideas that the movement represents can be maintained and organise further and more meaningful action in the future, would be aided by a new party based around such ideas, that could also assist and give confidence to workers in unions attempting to tackle the large conservative bureaucracy at the top that impedes radical action.

The broad based questioning of capitalism by Occupy is welcomed and similarly, the inspiration it takes from the Arab Revolutions. However, there is a major caveat contained in the latter. Only half a revolution has taken place in Egypt and Tunisia, for example. Dictators have been heroically overthrown, but the same system in reality exists, with the same poverty and youth unemployment as before – capitalism.

The rule of profit continues, with the key wealth and key aspects of the economy still in private hands, no genuine democracy has been achieved. In order to break the rule of the 1%, a real challenge to capitalism must be waged. Occupy would be stronger on the basis of a fulsome rejection of capitalism and a vision of an alternative.

Socialist policies, whereby the key wealth in society and means to create wealth is democratically owned and controlled, with real participative democracy at every level, planning the economy according to the needs of the majority, represent such an alternative.

In the likes of Occupy Dame St., Occupy Cork, Occupy Belfast etc., where a small but determined group of people are camping, a major discussion about these ideas would be extremely productive, and could arm the participants to have a major impact on effecting real change, and really challenge the 1%, when a broader section of society get active. 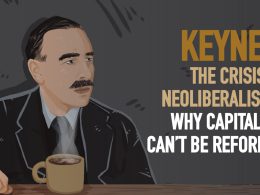 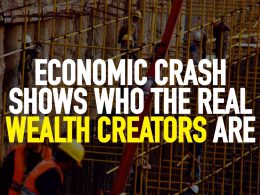 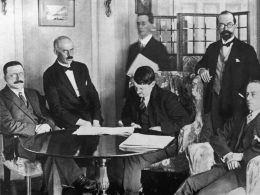 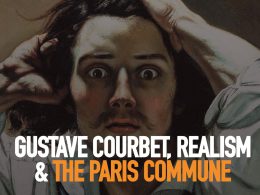