This past Saturday, hundreds of Occupy Wall Street protesters were corralled, entrapped and arrested by the New York Police Department. Meanwhile, young people in dozens of cities around the country discussed – or started – occupations of their own. While the occupations are small, there is widespread sympathy among workers, reflected in recent endorsements by pilots, transit workers, steel workers and even a group of off-duty Marines.

This mood to protest didn’t begin on Wall Street, but it could be a spark that helps ignite a more generalized movement in the U.S. After decades when the rich got richer while the real incomes of most Americans stagnated at best, there is a deep pool of anger and frustration. This is starting to surface.

Internationally, it was not only through occupations but also mass strikes that the working class, youth and poor toppled dictators in Tunisia and Egypt. These occupations are inspired by Greece and Spain as well, and struggles of the working class in Europe will become even more pronounced in coming months. This fight is an international one, and it is a struggle between contending classes: the top 1%, who have concentrated massive wealth and power in their hands, and the rest of us.

The occupations and mass movement in Wisconsin this spring also inspired higher levels of struggle. While not successful in defeating Governor Walker’s attacks on social programs and public sector unions, they showed the potential power of working-class people and the simmering anger in U.S. society.

Thousands of young people and workers have had enough. Enough closed schools. Enough attacks on union rights. Enough of two-hour long job interviews for menial, part-time, minimum-wage work. Enough of the system’s false promises. Enough of racist, sexist and homophobic discrimination. Enough of looking forward to a future of environmental destruction and unending poverty in a world of plenty. Enough!

The left and the labor movement have yet to form an organized national response to the Tea Party and the monumental attacks on collective bargaining and social programs. There is a tremendous amount of frustration, not only with the corporate agenda, but also with the lack of response to the attacks. Now, a determined yet small protest movement can help lay the basis for this broader, necessary fight-back coalition.

Socialists at the Occupations

Socialist Alternative, intervening in multiple cities across the country, has received considerable support among the protesters for our clear critique of the capitalist crisis and our proposals to bring the movement forward. The occupations need clear demands that can speak to the anger of working-class people at the deprivation they are facing. “Jobs Not Cuts” can be a unifying theme of demands against the slashing of social services, the lack of good jobs for youth and the domination of our lives by a dictatorship of corporations, the super-rich and big banks that throw people out on the streets.

Clear demands can help in another necessary task: building support in working-class communities. Sympathy is growing for the occupations, and we need to help turn this into active support. Socialists should propose outreach to workers’ struggles and in the neighborhoods hit hard by the crisis of capitalism.

It is difficult to see which way this will go. Winter weather is on the way. Also, the New York City government and police are trying to intimidate and weaken the occupation through arrests and brutal attacks on protesters. Still, the police heavy-handedness can engender sympathy and foster a growing movement.

The level of seething anger beneath the surface of U.S. society will find an expression or even explosion in the coming months. Protests will spring up across the country this November and December against the “Super Committee” cuts that will come as a conclusion to the debt deal debacle. The enormity of potential cuts coming and the need to resist this should be pointed out to all occupiers. Socialist Alternative has helped to initiate a national week of action against cuts on November 16th to the 23rd. Check for updates on jobsnotcuts.blogspot.com to see the growing list of actions and endorsers.

While there is a general anti-capitalist mood among protesters and a desire for democratic decision-making, there are also mixed ideas about what this means. Many simply want “money out of politics” or an end to “corporate personhood” or stronger “campaign finance reform.” Many want to occupy space just for the sake of occupying or to create an alternative community rather than seeing this as part of a struggle to improve lives and win tangible victories.

Building on what is positive in this revolt against corporations and their puppet politicians, socialists need to not only put forward concrete demands on how to build the movement, but also explain the need for fundamental change. To really break the dictatorial power of Wall Street, the top corporations and big banks will need to be taken into public ownership, with compensation to be paid only on the basis of proven need. Then these institutions need to be run in the interests of the majority, not the top 1%. This can be done by democratically electing councils to run them, whose delegates are recallable and accountable to the interests of the working-class majority, not big business.

We don’t need hundreds of smaller banks; we need to have public control of the banks, expropriating the top investors and using the resources for a massive public works program. We don’t need “honest” corporate politicians; we need to end the domination of U.S. politics by the two corporate, war-mongering political parties. We need a new mass political party that represents workers, young people and the poor.

In order to take this movement forward, there needs to be democratic decision-making. This means that political organizations shouldn’t be excluded from the struggle, and socialists should distance ourselves from those trying to maneuver themselves into leading positions. Sometimes, lack of structure and organization can lead these occupations toward having an unelected clique calling the shots through their “facilitation.” Unelected informal leadership groups shouldn’t be allowed to shut down political debate. With the exception of racists and provocateurs, all groups should be free to distribute leaflets, argue for their ideas and sell their material. If demands are agreed, then occupiers should be free to start spreading the message to working-class neighborhoods, even if a small, unrepresentative group tries to “block” this strategy.

With the upcoming elections, these protests should aim to find an expression in the political terrain of next year. Many will try to funnel the energy for fundamental change into the dead-end road of campaigning for corporate-controlled Democrats. Others will avoid electoral politics altogether.

Socialists should argue for and prepare the groundwork for independent working-class candidates who stand up against the cuts, layoffs and foreclosures. This can be an impetus for real steps toward what is really needed: a mass working-class party with a democratic socialist program. We need a party that not only strives to get elected, but also a party that provides a voice and a way forward for movements in the workplaces, the communities and the streets.

Socialists, while putting forward concrete demands and strategies for the movement, also need to organize people around a far-reaching program. Many will be receptive to working-class and socialist arguments: We need to seize this opportunity with both hands!

Socialists need to get active in these occupations, even attempting to set up “General Assemblies” where there isn’t yet an occupation. We need to win people to an outlook that emphasizes the potential role of working people and the need to fundamentally change the system, educating new protesters and bringing them to activities that can build the working-class and socialist movements. 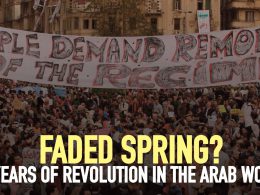 By Sebastian Rave (member of our sister organistion in Germany) Like dominoes, the regimes fell in a huge…
bySocialist Party 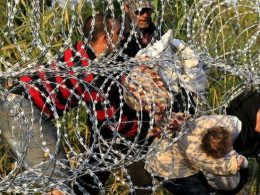 By Laura Fitzgerald Imperialist intervention into the Middle East by the US and key EU powers, aided by…
bySocialist Party 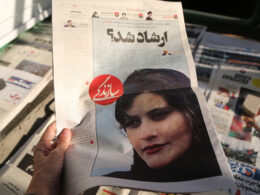 By Nina Mo, International Socialist Alternative Austria The killing of a young Kurdish woman in Iran has triggered…
bySocialist Party