Labour & Fine Gael’s Household Tax will start at €100 but will rise to €1000 They have 113 – don’t give the Government another TD Labour hasn’t delivered change – so elect Ruth Coppinger, Socialist Party/United Alliance

Labour and Fine Gael are preparing to devastate health and education in the next budget. A vote for either party in this By-Election would give them the green light to go even further in their attacks on the most vulnerable in society, just so banks and speculators get bailed out.

If elected he will vote for more austerity and that means he’ll support more cuts at Connolly Hospital. You can use your vote to make a difference. Fight for our Hospital and send the Government a warning that making ordinary people pay for this crisis will not be accepted.

A vote for Ruth is a vote for an economic alternative where the majority come first and where bank bailouts are scrapped in favour of public investment to create jobs.

Ruth Coppinger helped initiate the Defend Blanchardstown Hospital Campaign. She is an organiser with the Campaign Against Household and Water Taxes and is also active on Management Fees; the Pyrite Action Campaign, Special Needs and the Mortgage Crisis.

If you don’t vote, you will hand a victory to Labour or Fine Gael. They will use that to justify attacking your family’s future. Turnout on Thursday and vote. 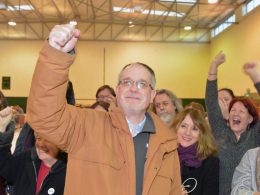 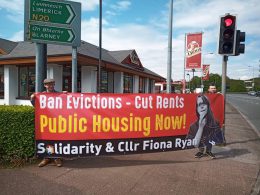