The terrible events in Japan, however, raise many questions about the follies of capitalism and especially the massive development of nuclear power, never entirely safe, in a notoriously quake-prone region. Government officials say the death toll from the earthquake and tsunami could reach tens of thousands. As Reuters noted, “The catastrophe will also sorely test Kan’s deeply unpopular government.”

The epicentre of Friday’s earthquake was located in the Miyagi prefecture of Japan, 400 kilometres to the northeast of Tokyo. The US Geological Survey put this earthquake at 8.9 on the Richter scale, making it the fifth most powerful worldwide since 1900. It was so powerful that it shifted Japan’s main island 2.5 meters and moved the earth’s axis 10 cm, according to geologists. Since the earthquake, there have been at least 67 strong aftershocks measuring above magnitude 5, including the powerful aftershocks of up to magnitude 7 that triggered a tsunami measuring 10 meters high that engulfed many coastal towns in eastern Japan. The monster wave caused unbelievable destruction to docks, railways and other facilities, with ships weighing a few thousand tons thrown ashore. At least two trains were entirely swallowed by the sea. The power of the undersea tremor sent tsunami waves to the US Pacific coast, even causing the death of a man in California who had been filming the waves.

Initial reports on Japanese television network (NNT) spoke of 1,000 people dead. But tens of thousands are still missing and fears are rising. In hard-hit Miyagi prefecture, police said there were “many” missing persons and in the southern part of the prefecture around Sanrikucho, the hardest hit region, as many as one million are unaccounted for. Police said hundreds of thousands of civilians have been evacuated and countless buildings and roads destroyed. Roads were “snapped in two” according to one report. Two million households are still without electrical power, in the wintry cold. Japan’s Shinkansen (bullet train) and other main modes of transport are out of action for the third consecutive day. Areas affected by the earthquake include Tokyo city, where many workers were forced to walk home from work, often taking several hours.

Even more serious are the explosions reported at two nuclear power plants. The day after the earthquake (12 March), the No. 1 reactor exploded at the Fukushima nuclear power plant due to the failure of the cooling unit. A second explosion was reported at the same site yesterday (13 March). Government spokeswoman Yukio Edano revealed that there might have been a “partial meltdown” of the fuel rods at the Fukushima No. 1 reactor.

The government announced a state of emergency in the region and the evacuation of all inhabitants within a 20km radius of the Fukushima complex, totalling about 300,000 people in five counties. Officials have confirmed radiation leakage, but Prime Minister Kan claimed the level is not “large” and assured the public, “this is fundamentally different from the Chernobyl accident” – a reference to the 1986 nuclear disaster in Ukraine. Some 160 evacuees are being examined for suspected radiation poisoning. But experts say this is the third worst nuclear accident in history, after Chernobyl and the 1979 crisis at Three Mile Island in the US. The leakage of radiation per hour from the affected nuclear plants in Japan is equal to the amount normally released in one year. Even the US navy ships and planes sent to take part in relief efforts have withdrawn from the coastal area because the radiation level is deemed high enough to pose a threat to US personnel.

At the time of writing, 11 of Japan’s 55 nuclear reactors have been shut down and officials report an incident at a third power plant at Ibaraki, 120km north of Tokyo. Distrust and scepticism towards government statements is widespread. This is understandable in the only country ever to suffer a nuclear attack with all the horrors this involved.

This incident highlights the dangers with nuclear power, which is not a solution to the energy crisis as it poses serious risks to people and nature. Natural disasters, such as earthquakes and floods, or war, can cause dangerous destabilisation of nuclear power stations involving long-term damage to human society. Since, under capitalist conditions, fossil-fuel looting by national capitalist classes is leading to the exhaustion of oil, coal and other natural resources, there is an increased turn towards nuclear energy. This has been accelerated by the pressure to cut carbon emissions and appear “green” as climate concerns increase worldwide.

In Asia and the Pacific Rim countries, including Japan, but also China, Russia and the US, a major expansion of nuclear power is underway. China is pushing to expand nuclear energy features heavily in its latest five-year plan. Globally there are plans to build 350 new nuclear reactors over the next 20 years. The nuclear industry looks forward to lavish profits. But experts are warning of the dangers.

“Japanese plants were said to be earthquake resistant and the best prepared in the world for disaster, but see what happened. Seismic zones only make them more risky,” said a spokesperson for Greenpeace. The International Atomic Energy Authority (IAEA) warns that 20 percent of the world’s nuclear power stations are in areas of “significant” seismic (i.e. earthquake) activity.

China’s minister of science and technology, Wan Gang, recently announced that investment in alternatives to fossil fuels, during the upcoming five-year plan period, will mainly focus on nuclear power rather than wind, solar and other forms of renewable energy. China is also heavily at risk from earthquakes, suffering the two most deadly earthquakes in the last half-century (Tangshan in 1976 and Sichuan in 2008). It is therefore reckless of Chinese authorities to press ahead with new nuclear power plants. In Taiwan too, the Japanese nuclear crisis has provoked renewed debate. There is a degree of panic in society about nuclear fallout reaching the island. The green party is making some headway in opposing the buiding of nuclear reactors – Taiwan has built two upon an earthquake fault line.

On the economic front, Japan has been in crisis for 20 years, and this will be aggravated by the earthquake. The worst affected area of Japan’s east coast holds a large concentration of iron and steel, petrochemical, manufacturing, nuclear power and other pillar industries. An explosion and fire at the COSMO Oil Company, in the city of Chiba closed down the refinery. Several companies in the area were forced to close their plants including Mitsui Chemicals, Mitsubishi Chemical, JFE Steel, Sumitomo Metal Industries, Maruzen Oil Company and other large enterprises. Nissan Motor and Honda announced they would stop production from 14 March due to disruption of supplies. Similar disruption at Sony and other electronic products manufacturers will affect the global production chain. Because of the weight of the Japanese economy in the global economy, the 11 March catastrophe is likely to have a significant impact on US, China, the EU and other economies.

Some economists speak positively of the investment that followed the Kobe earthquake in 1996 and see a possible infrastructure boom. The Prime Minister echoed this saying people should not to be pessimistic because Japan will enjoy “a New Deal-like” economic recovery based on the massive reconstruction needed. But while Japan’s government will be forced to step in with emergency spending, its state finances are dire, with the worst public debt ratio in the world (200 percent of GDP) after Zimbabwe. In an environment of global economic crisis the earthquake can cause more significant negative effects for global capitalism. This was shown by massive falls on Asian stock markets as speculators take fright.

These processes fully expose the capitalist pursuit of profit with total disregard for human life and natural environment. The capitalist “broken window” economic theory also shows the crazy logic of worshipping high profits even if this is realized through economic destruction or war. Capitalism and its ideologues are the real “anti-social” elements.

The earthquake reconstruction and relief work will cause serious speculative problems. The need for a large number of reconstruction projects and insurance investment is likely to further reduce liquidity in the economy, so the earthquake will probably push the yen even higher, weakening exports. At the same time the capitalists everywhere are launching massive attacks on the working class – from the European Union to Wisconsin and other US states – and the Japanese working class will be faced with similar government pressure to pay for the crisis and save the capitalists.

Trade unionists have demonstrated their determination to defend jobs and services. The overwhelming mood on marches in London, Glasgow and Belfast was that further, more militant action is required to fight back against and defeat the Con-Dem coalition’s savage cut-backs. socialistparty.net assesses the situation, and the tasks ahead for the workers’ movement in Britain. 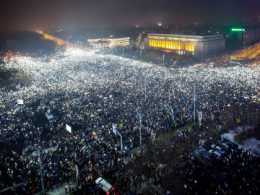 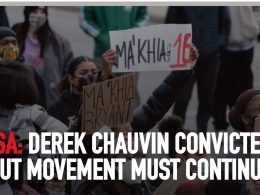