Stop the Slaughter of Peace Activists by the Israeli Defense Forces

News reports have not yet provided a deﬁnitive account of the extent of the IDF attack on the ﬂotilla of eight humanitarian aid ships on their way to Gaza. However it is clear that IDF forces have taken over some of the ships and up to 20 unarmed activists have been slaughtered and over 100 injured. There are eleven Irish nationals on this ﬂotilla and we do not yet know the condition they are in.

An IDF officer is reported in this mornings Jerusalem Post describing how IDF paratroopers landing by helicopter on the ships in international waters were ‘ambushed’ by aid workers ‘armed’ with whatever was at hand! Joe Higgins, Socialist Party MEP stated “I am already aware that language has lost all meaning to the Israeli authorities having received some e mails myself from the Israeli Embassy in Dublin late last week defending their position when I was making representations to them in anticipation of the attacks on the aid ﬂotilla.”

The IDF carry out these atrocities safe in the knowledge that their allies in the west will leave them unchallenged. Indeed by welcoming Israel into the OECD last week the Israeli political establishment can now label itself as part of the ‘advanced’ west.

The Socialist Party condemns this attack and demands that that ‘MV Rachael Corrie’ which left Dundalk harbour this weekend carrying aid for Gaza be allowed to make it’s journey without harassment.

While the Israeli government claims to be acting in the interests of the Israeli population it uses methods, like the permanent blockade of Gaza, that are reminiscent of the collective punishment imposed in the past on Jews in the old ghettos of Europe. This Israeli government does not defend the real, long-term interests of Israeli citizens and oppresses the Palestinians. Only a joint movement of ordinary Palestinians and Israeli Jews against the Israeli capitalist state can prevent further atrocities and secure democratic rights for all.

The Egyptian government must immediately open its border with Gaza and allow free movement across it.

The Socialist Party is part of the CWI,an international organisation that struggles against the horrors of capitalism and for a socialist alternative. We organise activists in the Middle East and Internationally. 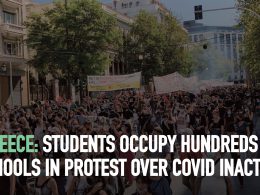 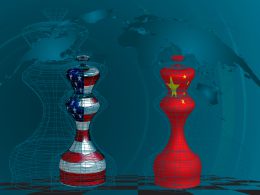 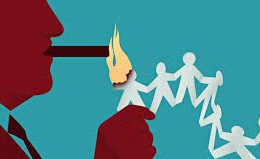