Police today (7 April 2010) arrested Dagga Tolar, the Secretary of the Lagos state chapter of Labour and Civil Society Coalition (LASCO) and a member of Democratic Socialist Movement (DSM – CWI in Nigeria), along with Akpos Okoro, community activist and Aderemi Ismail, community activist and organizer and member of the Ajegunle Branch of the DSM.
The DSM condemns theses mindless arrests and calls for the immediate release of these activists and those that have been earlier arrested and detained in connection with the 3April peaceful protest.

The activists were arrested around 1pm in the office of the Chairman of Ajeromi Local Government Ajegunle, Mr. Kamal Bayewu, who had invited them to a meeting over the crisis in the community. They were moved to the Area B Police Command, Apapa.

The arrests are in connection with a protest held on 3 April following the gruesome murder of Charles Okoroafor by the police on 1 April at a viewing centre in Ajegunle. The 3 April protest was peaceful until the police, on the orders of Area B Apapa Police Commander, ACP Kenneth Ebirimson, bestially shot at the protesters and left dead at least 4 youths, including Tunde Olotu.

The police authorities, who have shamelessly labelled protesters as “hoodlums”, have since the 3 April protest started to indiscriminately arrest youths in the neighbourhood and detain them illegally. They have also been going from house to house looking for community activists. Before today’s arrests, about 30 youths had been arrested and there is a plan by the police to impose criminal charges. Already, the PRO of the Lagos State Police Command, Frank Mba, has been reported in newspapers as claiming that the arrested youths who participated in the 3 April protest were found with pistols, live ammunition, cutlasses etc.

Therefore, most likely Dagga Tolar, who is also the Chairman of Association of Nigerian Authors (ANA) Lagos State Chapter, and others will be charged with criminal offences in order to deny them bail.

It will be recalled on April 5 Dagga Tolar addressed a massively attended and widely reported press conference organized by LASCO Lagos State Chapter to denounce the mindless killings and demand, among other issues, justice for the victims and an end to police brutality in Ajegunle and other communities.

We demand the immediate and unconditional release of Dagga Tolar and the other activists. Otherwise, we challenge the police to arraign them in court if found culpable of any offence. We hold that the police are embarking on arbitrary and criminal arrests of the activists in order to cover up the crimes of officers.

We call on the, NLC, TUC and Nigeria Bar Association other pro-people organizations to join in the struggle to put a stop to these mindless repressions of Ajegunle residents, for the police officers responsible for killings of Charles Okoroafor, Tunde Olotu and others to be brought to justice and immediate and unconditional release of those arrested in connection with April 3 protest. The Area Commander of Apapa, ACP Kenneth Ebirimson, who ordered the shooting of the protesters should be removed, arrested and prosecuted.

We join with LASCO to demand the following:

• For a immediate public probe inquiry made up of representatives of the Trade Unions, the NBA, human and civil right organisations, community organisations, and NGOs to be set up in order to unravel the circumstances that led to the death of Charles Okorafor, Tunde Olotu and others.

• For a coroner’s inquest into the killing of these young men.

• For immediate arrest and prosecution of all the police officers that were involved in the raid that led to the death of Mr. Charles Okorafor and those that killed Tunde Olotu and others.

• Immediate and unconditional release of all residents arrested in connection with the protest.

• Relocation of police officers who have served more than 4 or 5 years out of Ajegunle, as well as all DPOs that have in any way aided their officers to engage in this illegal raid.

• Immediate removal and prosecution of ACP Kenneth Ebirimson, the Police Area Commander of Apapa who ordered shooting at the protesters on April 3, 2010

• An immediate end to all forms of exploitative activities and police brutality in Ajegunle and other communities across the country where such indiscriminate raids, extortion of money, and false imprisonment persist daily.

• For a living wage not less than N52, 200, as put forward by the Trade Unions for all workers as well as all rank and file police officers and members of the armed force in order to discourage extortionist activities by the police.

• For a democratic police union so that rank and file police officers can use this as a platform to struggle for better welfare and living condition.

• For democratic controlled community policing wherein officers in charge will be elected by the rank and file police officers and the community representatives and subjected to recall anytime and will earn the average wage of a skilled worker.

• For the establishment of Local and State public funded Legal Service Unit to provide free legal services for all in need of it so that the underprivileged will have access to justice.

• As an immediate measure needed to checkmate and forestall this kind of disastrous and unsavoury happenings, the DSM advocates the formation of democratically run community defence committees that are composed of trade unions elements, socialists, community activists and youth activists.

We appeal for protest letters to be sent to the Nigeria Police authorities and Nigeria embassies across the world.

Where possible it will be appreciated if there could be protests at Nigerian embassies. Calls should be made to the Inspector-General of Police, Ogbonna Onovo (+234 803 304 1483) and Police Force PRO, Emmanuel Ojukwu (+234 803 830 5707) to demand the immediate release of the arrested without charge. The following officers of Lagos state police command can be called to register protest: Mervel Akpoyibo, Lagos State Commissioner of Police (+234 803 301 1052) and Frank Mba, Lagos State Police Public Relations Officer (+234 803 837 5844).

Communities must unite against racism 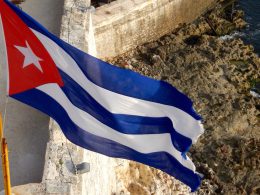 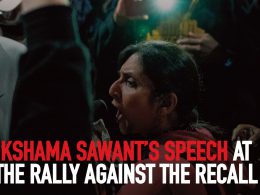 Socialist Alternative (our sister organisation in the US) and Seattle Councilmember, Kshama Sawant, is facing a recall campaign…
bySocialist Party
2 shares
2
0
0 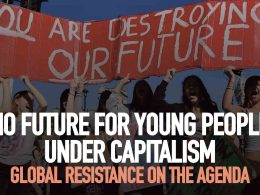 The EU’s crisis and extreme austerity measures has opened up the potential for right-wing extremist and racist parties to become the largest polling parties in several countries in the European elections, in May 2014. The Front National in France and the Dutch PVV recently formed an alliance to which they invite other right-wing populist parties.