The truth is that far from improving, the economic situation is deteriorating and the prospect of further economic shocks remains a very real possibility. Tax receipts for the first quarter of 2010 are a case in point, with a deficit to the tune of €3.9 billion, even worse than last year at €3.7 billion.

Ireland’s gross national product (GNP), which is the total figure of all goods and services produced in the economy excluding multi national company profits, fell by a whopping 11.3% in 2009, essentially the economy contracted by this figure in 2009, the biggest drop since figures were first recorded in 1950. These figures put Ireland’s national income back seven years to the levels it was at in 2003.

Figures also revealed the worsening unemployment crisis. 193,000 people lost their job in 2009 and now unemployment stands at 13.4%. There were job losses in 9 of 14 economic sectors across the economy. The number of Irish workers in employment is falling at 11.9% where as the rate across the euro zone is 2.6% and in the US it is 6.1%, which illustrates the severity of the economic collapse here.

The Live Register figures now indicate that there are approximately 430,000 people signing on the dole including some part time workers and others entitled to Jobseeker’s Benefit or Allowance.

Consumer spending on goods and services accounts for 60% of the Irish economy and is seen by economists as an extremely important area of growth and key to overcoming the recession. However, it has been declining in recent years, the number of shops and pubs closing on main streets and shopping centres around the country graphically illustrating this.

Recent figures showed a slowing in the rate of decline which was greeted as a great success showing how desperate the government and economists are for some good news. However, with disposable income collapsing, higher taxes, decreasing wages, rising unemployment and increasing prices in some commodities such as petrol, the slowing rate of decline is actually likely to be reversed and quite quickly which will lead to more closures and increased job losses in a continuing vicious circle.

With the onset of mass unemployment and falling incomes of those at work, the potential for a massive debt default is very real. With nearly 200,000 homes experiencing negative equity, the risk of mortgage defaults is implied. Even if a small fraction defaulted, it would cost billions which would initiate a second banking crisis and the need for more bail outs.

Economic recovery is not on the cards in the short term there will be much more pain for working class people to come, more jobs losses, more attacks on wages and public services unless there is a mass movement of opposition from working class people.

Public service deal - Why you need to Vote No 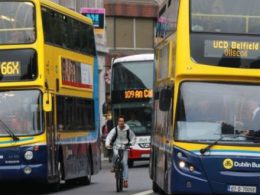 A sum of money the size of the US and Japanese Gross Domestic Product (GDP) together is being held in offshore tax havens. This enormous hoard could immediately pay off most of the deficits and debt that are being used to justify austerity, and create millions of jobs. Instead it sits in places like the Cayman Islands, making the tax dodgers that put it there even richer.

Big corporations are accumulating massive cash hoards. Despite record profits, there is a dearth of investment in production. Corporate surpluses, moreover, are linked to public-sector deficits. Cash hoarders should be subject to an immediate levy on idle capital to finance public works and reduce mass unemployment.