Capitalism: A Love Story – A raging indictment of US capitalism!

It’s difficult to watch families being evicted from their homes without being moved. Michael Moore’s documentary, “Capitalism: A Love Story”, reviewed here by LAURA FITZGERALD, is at its best when it’s revealing the ruthless face of US capitalism and the economic crisis that has gripped it since late 2008.

It’s difficult to watch families being evicted from their homes without being moved. Michael Moore’s documentary, “Capitalism: A Love Story”, reviewed here by LAURA FITZGERALD, is at its best when it’s revealing the ruthless face of US capitalism and the economic crisis that has gripped it since late 2008.

DURING THE final credits, the fact flashes on the screen that a home is foreclosed in the US every seven and a half seconds. This stark statistic carries a wealth of meaning for the viewer after watching a number of families being evicted during the course of the film.

We witness the heart-wrenching scene of a couple from Illinois whose house and farm are being foreclosed. The man has worked on the railroads all his life and the woman in a local nursing home. She’s devastated that she’s losing the home and farm that have been in the family for generations. The company evicting them expect the house to be cleaned and primed for immediate resale and this ageing couple have worked for days to this end. Exhausted physically and emotionally, the couple are reduced to tears and to making what are clearly in this case, idle threats that they won’t let the greed that has put them in this situation go unpunished. A scene of true pathos in a documentary that can only be described as a raging indictment of US capitalism and the profit system as a whole.

The home foreclosures witnessed are a harbinger of what’s to come in Ireland too. With €48 billion owed by families in mortgage repayments in the South of Ireland alone, coupled with the reality of mass unemployment, more home repossessions and evictions, driven by the blood-thirsty private banks, will inevitably be enforced in the short to medium term. Individuals and families wracked with unemployment will simply be unable to meet repayment deadlines.

As well as illustrating the human side of the home repossessions and foreclosures sweeping the US, the viewer of Capitalism: A Love Story is also confronted with what can be aptly described as the sub-human side. Moore interviews the owner of a Miami company called “Condo Vultures” that specialises in reselling foreclosed homes at a profit. The parasitism of the profit system is demonstrated doubly here. Firstly in the sense that these foreclosures are indicative of the bursting of a huge speculative bubble such that repossessions will not recoup the falsely stoked up sum that the home owners couldn’t repay – hence the banks repossess and simultaneously beg for and receive taxpayers money off the government. Secondly, due to the personal delight that the “Condo Vulture” takes in making a profit out of the property crash and the misery that it has unleashed for those losing their homes as he sucks profit out of economic decay.

Karl Marx explained a century and a half ago, that under capitalism, everything becomes a commodity. This is taken to an extreme that even a genius like Marx couldn’t have dreamed of, with what corporations creepily like to call “Dead Peasant” insurance. In a nutshell, major multinationals, like Wal-Mart are taking out life insurance on their own employees which is an effective bet on their death. In one case, Wal-Mart made a cool $70,000 when one 26 year old worker tragically died, leaving her family with a $100,000 medical bill and the loss of a mother and wife. In another, a bank made almost $5 million from the death of an employee. Companies exploit their workers every day via profiting from the wealth created through their work. How rotten the profit system has become is typified by the fact that such “innovation” means that companies can now also profit from workers’ deaths.

Trillions of dollars have been pumped into financial institutions and the economy by Obama’s government in order to stave off a second Great Depression. But the contradictions that have developed in the US economy over decades – namely the decimation of the manufacturing industry – leading to a weak, import-led economy based on consumer spending sustained due to a high level of indebtedness, have not been resolved. And Obama and the political and business establishment have no intention or ability to sort this problem out.

Alongside mass unemployment, are low-paid and temporary jobs. Incredibly, Moore interviews qualified pilots who earn just $16,000 a year and are forced to supplement their income through second jobs and food stamps. We are reminded of the situation with SR Technics in Dublin. Once an excellent public aircraft maintenance company as Team Aer Lingus, it was privatised. Inevitably, the profiteers decided to move the company abroad to cheaper labour, depleting the Irish economy of quality jobs and an essential service. The fact that union leaders are begging the union-busting low-pay airline, Ryanair, to save a small number of these jobs marks a disgusting low point in Irish trade union history. Union leaders should call for all jobs to be maintained via state investment and bringing workers to the heart of management of a public company. The SR Technics fiasco is also symbolic of a fundamental shift to a low-pay economy evident in Capitalism: A Love Story and in Ireland, North and South.

US capitalism incarcerates literally millions of its citizens, a sign of a deep social crisis that the yawning wealth gap in the States has created. In a situation both tragic and farcical, a small town in the United States represented in a microcosm, both the absurdity of the profit system and nefarious nature of the profit motive. A for-profit prison for young offenders was built. The local judge did a crooked deal with the owner. This judge proceeded to lock up record levels of young people, jailed in many instances for negligible, even harmless offences. One teenager interviewed actually spent over 11 months in jail for fighting with her friend in a shopping mall.

The Age of Austerity

New Labour’s development of Faith Schools in Britain and Mary Harney’s attempt to push us all into private healthcare are some of the local analogies of this privatisation agenda. The Tories talk about implementing an “Age of Austerity” and the South’s Fianna Fail/Green government is talking about a further €3 billion in public spending cuts next year. This will lead here to the development of a sharp and painful social crisis from the destruction of social safety nets, akin to the titanic wealth inequity and social malaise that characterises US capitalism.

When Michael Moore lets workers and their families tell their stories, the documentary is a resounding refutation of the profit-system and the misery that it’s doling out. Michael Moore himself however, makes some contradictory statements over the course of the film. Referring in the main to the banking crisis that has led to unprecedented level of public funds being pumped into private banks, Moore contends that “Capitalism is pure evil and you can’t regulate evil”. Insofar as he’s articulating the rotten nature of capitalism and the utterly destructive and uncontrollable profit motive, he’s right. However, it doesn’t tally with other comments Moore makes.

Understandably in a sense, given the quality blue-collar, unionised job that his father did during the boom, Michael Moore tends to look on 1950s and 60s America with rose tinted glasses. He then portrays the 1970s shift to deregulation, finance capital, union-busting etc and the beginnings of de-industrialisation as a right-wing conspiracy. The element of truth in this is overshadowed by the overarching economic imperatives within capitalism that forced the ruling elite to make this shift.

There was a crisis of profitability in US industry in the 1970s, i.e., the rate of profit levelled off. Capitalism’s core drive is to increase profits. This crisis therefore precipitated a shift away from productive manufacturing, towards finance capital, towards speculation etc., shown inadvertently by Michael Moore himself through the increasing role of bankers in successive Republican and Democrat administrations. The current crisis is organically rooted in this crisis of profitability and a shift towards parasitical speculation, coupled with a crisis of capitalist overproduction.

Similarly, Moore’s faith in FDR isn’t warranted. Franklin D. Roosevelt “saved” US capitalism, not through his Keynesian policies that merely lessened the depth of mass unemployment, but through the huge spending on the rearmament programme which led up to the US involvement in World War II. A period of boom and growth for capitalism followed, spurred on by the necessity to rebuild whole societies devastated by the war.

Michael Moore touches on working class communities fighting back against the system. A community who comes together, often successfully, to resist home repossessions is one inspiring example. Another is the occupation that took place in Chicago in a windows and doors factory. Like their fellow workers in Visteon and Waterford Crystal, this occupation received huge support from the wider working class. What is lacking is not the willingness and ingenuity of working people to resist what are totally unpalatable living standards being forced upon them, but political and trade union leaderships that will genuinely fight in their interests.

In Capitalism: A Love Story, Michael Moore literally does show the audience why capitalism should be ended, a really laudable and valuable achievement. However what’s the alternative to capitalism? Michael Moore cites the alternative as “democracy”, a rather opaque term. Capitalism isn’t democratic. It’s not democratic that workers are losing their jobs, homes and rights all over the world, but that’s capitalism.

The struggle to end capitalism must be linked to a struggle for socialism. True democracy can only be achieved in a society in which the vast wealth and resources of society are democratised, and used and controlled by the majority for the needs and interests of everyone. That means a democratically planned socialist economy that eliminates the market and the profit motive that are at the heart of the social and political problems outlined in the film.

Capitalism: A Love Story is undoubtedly a good film and very useful for workers and young people who are struggling against capitalism. Michael Moore accurately depicts how the capitalist system in decay can lash out in an extreme fashion against the working class. Yet by doing so, the capitalist class are fundamentally sowing the seeds of their own downfall. As the class divide in society grows and the burden of the crisis intensifies on the working class, the development of a struggle against the dictatorship of the market and the capitalist elite is inevitable.

Electricians: We must fight tooth and nail against the attacks 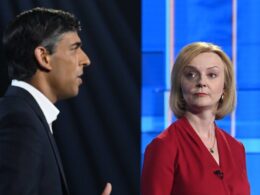 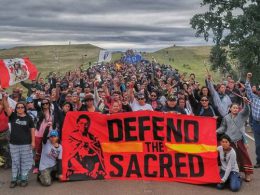