In 2021, the New York-based Human Rights Watch released a report titled Threshold Crossed: Israeli Authorities and the Crimes of Apartheid and Persecution. Historically, US-based NGOs have steered wide of exposing the full extent of the day-to-day violence and discrimination meted out against Palestinians by the state of Israel. Long deemed a key ally of US imperialism in the Middle East, the Israeli state receives $3.8 billion in military funding from the US government each year. So, the unambiguous condemnation of Israel in the Human Rights Watch report represented a certain watershed.

Nevertheless, Joe Biden released a statement expressing enthusiasm for working with prime minister Benjamin Netanyahu’s (a “friend for decades”) new government. This is just the latest example of the hypocrisy of US imperialism’s supposed defence of “democratic values”. Netanyahu’s new government has been described as the most right-wing, ultra-nationalist and outright racist government in the history of the state of Israel.

A cabinet of racist thugs

Many of the new government ministers from far-right parties are nothing more than bigoted thugs. The new finance minister once called for segregating Israeli maternity wards between Jews and Palestinians because he said that he didn’t want his wife “to be forced to give birth next to an enemy”.

The new minister for national security, Itamar Ben-Gvir, lives in a settlement in the occupied West Bank. In 2007, he was convicted of incitement to racism and of supporting a terrorist organisation. Although only convicted once, he was indicted over 50 times. For years, Ben-Gvir hung a photo in his living room of Baruch Goldstein, an Israeli-American who in 1994 killed 29 Palestinians at a mosque in Hebron. This is the man who is now responsible for border police in the West Bank at a time when violence and the killing of Palestinians have already been surging.

In 2022, one of the deadliest years on record, 220 Palestinians were killed by Israeli forces, including 48 children, according to a report by Middle East Eye.

Netanyahu has agreed to advance annexation of the West Bank as part of his coalition deal with ultra-nationalist parties. As it stands, there are almost 630,000 Israeli settlers living in the Occupied Territories of the West Bank and East Jerusalem. The settlers have the right to vote, access to clean water; the right to carry guns; and to travel into Israel on the motorway whenever they want. All these rights are denied to their Palestinian neighbours, who are increasingly having their homes bulldozed to make way for Israeli settlements.

The inevitably brutal actions of this government could spark a new mass movement of resistance by Palestinians. In May 2021, unprecedented protests erupted in the West Bank, East Jerusalem, and Israel which forced the Israeli government into a ceasefire after it launched an attack on Gaza. These protests included a strike of 65,000 Palestinian construction workers. The provocations of the far-right could well spark an organised backlash that they aren’t expecting.

Such a movement could be organised democratically from below based on revolutionary committees of struggle, in the occupied territories and within Israel itself. It could make an appeal to the Israeli Jewish working class – 100,000 of whom protested against the new government’s threat to democratic rights on 14 January – to join it in a struggle to end the disastrous rule of capitalism, and the toxic, racist ideology of its ruling class. It could be the beginning of a struggle to end the rule of this oppressive capitalist system throughout the region and open the way for a revolutionary socialist transformation of society.

Britain: Fight-back! The only antidote to painful public-sector cuts

The Con-Dem coalition government is gearing up for a massive onslaught against the public-sector in the autumn. Meanwhile, local councils are pushing through harsh cutbacks in local services. This has to be met by determined action by workers and working-class communities. Socialistparty.net reports on preparations for the fight-back – with lessons drawn from the struggle of Liverpool city council and the anti-poll tax campaign. 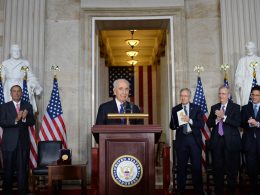 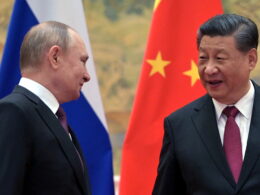