On 10 January, the trial of Sean Binder, of Kerry, began on the island of Lesbos, Greece. The charges: people smuggling, membership of a criminal organisation, espionage, and money laundering. The crime? Saving peoples’ lives. Only these people happened to be refugees.

Sean, a certified rescue diver, along with 24 other rescue workers, had spent nearly a year working with the Greek authorities to provide emergency medical assistance at sea and on the shoreline to asylum seekers crossing the Mediterranean, before abruptly being arrested. As Sean wrote: “Imagine you arrive at the scene of a car accident. You see someone lying on the roadside; they clearly need your help. What would you check first, their pulse or their passport? If, like me, you first check their pulse, you have committed the same crime I supposedly have.”

For this, he spent 106 days in prison alongside another rescuer, Sarah Mardini, without even having been convicted of any crime. “Let me tell you, I wouldn’t recommend it. It’s not great,” he recently told a press conference about his stay.

Sean was released, but, while the charges weren’t dropped, no trial was forthcoming. The arrest was made in 2018, so why has the trial only just commenced? “It’s the chill factor itself,” Sean said, “And the limbo dissuades others from participating in necessary and legally required search and rescue.”

The trial has been marred by numerous basic procedural errors by the prosecution, such as failing to translate indictments into English, which has kept the expensive and stress-inducing process on for year after year. Between that, and the incredible charges, they seek to create an example out of him.

Lesbos, once home of the ancient Greek poet Sappho, now stands on the edge of the graveyard of Europe: the Mediterranean sea. This is one of the world’s deadliest migration routes – 40,000 have been recorded dying since the 1990s, with over 3,000 in 2021. This is rooted in the fortress Europe policy of the EU as a whole. While those who reach Europe are allowed to request asylum, there are no safe, legal routes to do so, forcing people to undertake extremely hazardous journeys, with EU forces such as EU border agency FRONTEX using illegal tactics to push refugees, including children, away.

The same racist ideology of European capitalist society which has killed tens of thousands on the EU’s borders tells us to blame refugees for all our ills. Meanwhile, the rich are getting richer and wealth disparity is at an all time high. It is not refugees which have caused a housing crisis in Ireland or in Europe, one of the wealthiest societies in the world. It is the fact that this wealth is hoarded by massive companies and the super rich, and things that people need to survive, such as housing, are used as commodities to extract even more wealth from people.

Now more than ever we need to stand in solidarity with refugees and recognise that we have more in common with each other than with the capitalist class, and fight together to demand an end to direct provision, for housing for all, and for a socialist alternative. 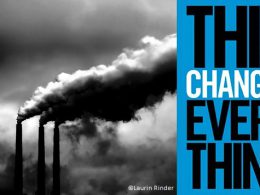 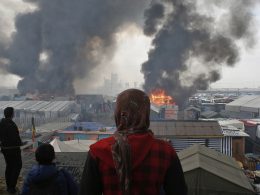