War in Ukraine: 10 Months of war that shook the world

Christmas Eve, 24 December, marks 10 months since Putin’s Russia launched its invasion of Ukraine. For the people of Ukraine, it has meant hell on earth, currently a dark, cold winter with constant missile attacks.

There is no sign that the fighting is nearing an end. On the contrary, most indications point to new war offensives in early 2023.

The war has accelerated and deepened all the world’s crises. Famine, militarisation and deeper economic decline have followed in its wake.

Here are 10 effects of the war.

According to the UN, 7.8 million refugees have been forced to flee Ukraine since the war began, and about the same number have become refugees within the country’s borders. That’s more than one third of a population of 43 million.

More than 100,000 people are believed to have been killed. The US military has stated that over 100,000 soldiers have been killed or wounded on both sides. The UN human rights body says that nearly 7,000 civilians have been killed, but the number is likely to be much higher.

Mariupol, a city of more than 400,000 in February, was totally destroyed by artillery and missiles before Russia took over in May, after months in which those who had not had time to flee lived in basements without water, electricity or heat.

On 10 October, the regular and now dominant Russian attacks on infrastructure and civilian targets began. Between 50 and 100 missiles have been fired daily. Several times, half of Ukraine has suffered power cuts after power plants and facilities were hit. According to the World Health Organisation (WHO), over 700 hospitals have been hit by attacks.

During Putin’s first term in power, Russia was allied with Western powers, including militarily. Major companies such as IKEA, McDonalds, Toyota and Renault, as well as the world’s major banks, all set up shop in Russia. Russian gas and oil dominated Europe.

2007 was a turning point, when NATO declared Ukraine and Georgia as candidate countries. Putin responded with a war against Georgia. This was followed by attacks on Ukraine in 2014, and Russia’s decisive military support for the Assad regime in Syria. Meanwhile, in Russia, discontent grew against increasing poverty, cutbacks in healthcare and ever harsher repression. Military action and propaganda were used to deflect discontent.

The war of 2022 has no mass support. The first anti war protests in February-March were therefore met with brutal repression. The response of the Western powers — war-like sanctions — was indiscriminately directed against the population as well.

However, the resulting economic downturn has not been 30% at all, as some economists thought, but rather 3.5%, as oil and gas revenues have continued to flow in. But unemployment has risen and the war is costing huge sums, while more and more industries are suffering from the lack of imported technology.

From initially expecting a quick military victory across Ukraine, the Russian army has been forced into three major retreats: from areas north of Kiev in March-April, from the Kharkiv region in September and from Kherson in November.

At the beginning of the war, the Russian offensive was surprised by Ukrainian resistance. The fighting morale of the Ukrainian troops was high, unlike that of the Russians. Ukraine had Europe’s — after Russia — second largest artillery and soldiers who had undergone extensive training since 2014, often under the guidance of officers from the West.

Having first advised President Zelensky to leave, US imperialism and its allies now intervened directly in the war. This became crucial when the original Ukrainian artillery ammunition began to run out.

Putin’s response to the military setbacks was first the sham “referenda” in four regions that were subsequently declared to be Russian “forever”. This was followed by the mobilisation of 300,000 more troops. This in turn led to new protests and 100,000 more people leaving Russia. Putin is under pressure from war hawks, who do not rule out the use of “tactical nuclear weapons”, while discontent from below in a given situation can lead to mass protests. Putin’s regime is badly shaken and therefore particularly dangerous.

After almost 10 months of war, it is far from over. Many analysts, including the Ukrainian military leadership, expect a Russian offensive in the first quarter of 2023. Both senior Russian military officials and Putin himself are visiting Belarus in December, possibly planning to use the country as a base for new attacks.

For more than six months, fierce fighting has been going on around the town of Bakhmut in the Donetsk region. Russian troops led by the semi-private Wagner Group have been slowly moving closer to the town.

Ukraine’s military would prefer to continue its offensive southwards, to cut off Russia’s land route to Crimea. But Russian troops have multiple lines of defence in place, and the outcome is uncertain. Ukraine’s military warns that Russia is training its new troops faster than Ukrainian ones.

Neither side will accept a peace deal at this point. Zelensky now reiterates that the goal is to take back Crimea, where a big part of the population has accepted Russian rule as fait accompli, and says that 95% of the Ukrainian population wants to continue until Russian troops are driven out or withdrawn. For Putin, there is no possibility of admitting even partial defeat.

The war marks a new era, when the rapid globalization of capitalism is being replaced by increased nationalism and de-globalization. From being economic allies of the West, Russia and even more so, China have evolved into the main enemies of US imperialism. The conflict between the great imperialist powers is over economics, technology, raw materials and power, and is taking on an increasingly military character. There is a military arms race between the US military alliances, including NATO, and China’s nationalist capitalist dictatorship.

For US imperialism, the Ukrainian war is an opportunity to punish and contain Russia, to warn Chinese imperialism and to clearly take the military lead over the Western bloc. It’s a war to benefit US imperialism, but with no US soldiers on the ground. NATO countries have increased their military spending by hundreds of billions, Germany alone by 100 billion euro.

Xi Jinping’s dictatorship, which just before the war proclaimed a no-limits alliance with Russia, is worried by the military outcome so far and the risk of sanctions at a time of unprecedented crises in China itself.

The war accelerates the pace of the splitting of the world into two blocks. But contrary to the propaganda that it is “democracies against dictatorships:, it is in fact a global power struggle in which, like so many times before, the US has no problem allying itself with authoritarian regimes.

It is in this context that the US and Western military backing of Ukraine should be seen. According to US Secretary of Defense Lloyd Austin, US military aid delivered to Ukraine up to November amounted to $18.6 billion. That is more than four times Ukraine’s own military budget. Total US aid to Ukraine (including humanitarian and financial assistance) in November was just under €50 billion, while EU aid in December rose to a total of €52 billion.

As Zelensky has pointed out many times, this support has been militarily crucial. But the money also comes with strings attached: the EU advocates strict economic rules for Ukraine.

With Ukraine and Russia being major exporters of grain, cooking oil and fertiliser, the war has had devastating consequences, despite an agreement to resume limited exports from Ukraine. Food prices have more than doubled in several poor countries. Experts warn that more people could die of starvation than in any of the last 50 years. In Somalia, for example, half the population — 7 million out of 16 million — need food aid to survive. But the UN agencies that are supposed to distribute food have cut rations in half as governments in richer countries have not put up the money needed.

Refugees from Ukraine were welcomed with open arms by the people of Europe when the war began. The EU used special rules to grant residence permits. But as in 2015, when many refugees arrived in Europe, governments and the EU are now cutting back on aid. In the midst of an economic crisis, those who fled are facing worsening conditions — and things are even worse for those fleeing wars and disasters in Africa, Asia or the Middle East.

The war is also targeting the climate and environment, both in Ukraine and globally. Imports of gas and oil from Russia are now to be replaced by increased production in the rest of the world, including coal power. At the same time, the war has also helped for a time to dampen the struggle against the climate crisis.

The war is a product of growing contradictions and crises in the capitalist system. Its politicians, armies and financiers lack solutions and turn against each other, but even more against the working people internationally. The money that is missing to stop famine and environmental disasters, to rehabilitate healthcare and support refugees, goes instead to war and a handful of extremely rich people.

A peace agreement or ceasefire for Ukraine would provide some breathing space, but also give room for all sides to recharge for a continuation of the war. Workers and the poor in Ukraine, Russia and the rest of the world would pay the price.

In the absence of an independent labour movement in Ukraine, the will to fight the invasion has so far led to strong support for Zelensky’s right-wing government. Workers and young people need to build an independent movement to defend themselves against the invasion, launch a class appeal to Russian soldiers who overwhelmingly don’t want to be there and mobilize against the government’s attacks on trade union rights, privatisation and more. In Russia, a new democratic workers’ and left movement is needed against Putin’s capitalist dictatorship and against the war, for democratic rights and against the price rises. The US and Western powers are not on the side of the workers in any country.

The labour movement, the left and grassroots activists in all countries need to fight together against war, exploitation and for better living conditions. That means a fight against capitalism and all imperialist powers. 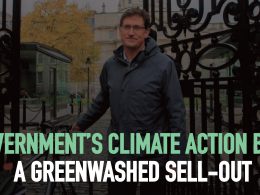 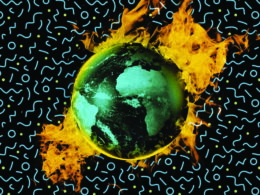