THE HOUSING and homelessness crisis in Ireland is a defining legacy of the cycle of Fine Gael and Fianna Fáil governments, and the various parties that have propped them up. Official statistics show there are nearly 11,000 homeless people accessing emergency accommodation, which is the sharp tip of the iceberg of the overall crisis, that includes tens of thousands on housing waiting lists and thousands more without secure accommodation.

And for those with accommodation costs are ridiculously high. Interest rates are now 2% higher than before the summer, with the difference exceeding €2,000 annually on repayments on a tracker mortgage of around €200,000.

This crisis is affecting almost everyone in one way or another, yet the government is continuing with business as usual.

For many students getting accommodation just isn’t possible and for others it’s a choice between paying €6,000-€10,000 a year or living in a room with no access to it on the weekends. One student in Galway was forced to live out of her car as there was no accommodation available.

Just 19% of the purpose-built student accommodation is publicly owned, the other 81% is owned privately by vulture funds or individual landlords, who are making a killing by charging outrageously high rents.

In Berlin last year a referendum delivered an important blow to corporate landlords and showed what’s possible when working-class people get organised. In total, 56.4% voted to demand that 240,000 apartments purchased by vulture funds be taken into public ownership and used for public housing. It’s that type of working-class people power approach that we need in here too.

The resources and capacity exist to solve this crisis, but the Fine Gael, Fianna Fáil, Green Party government is never going to make it happen. They caused the crisis and have only made it worse. They want to let the market handle it with minimal intervention from the state, but this has clearly failed.

The only solution is to make housing a right, not a commodity. The state must invest in an urgent and expansive programme of building social and affordable housing; ban vulture funds and nationalise all the units they own; implement real rent controls; and take the big construction companies into public ownership to build the public homes we need quickly, safely and up to proper standards. 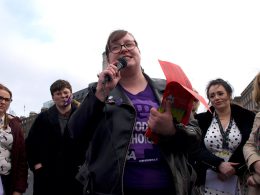 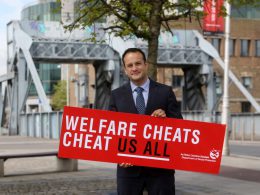 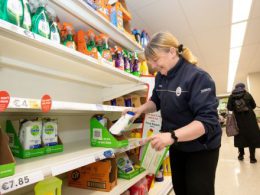