Shameful treatment of Ukrainian refugees – Build public homes for all

A few days ago refugees from Ukraine and other countries had to sleep in Dublin airport because there wasn’t a bed for them anywhere in the state. Over the weekend people who had just escaped from war were queuing outside the Capuchin day centre for food. A ‘solution’ has now been arrived at — prefabs in army barracks!

Six months ago government plans supposedly anticipated 100,000 to 200,000 Ukrainian refugees. But at 50,000 plus, the system is already bursting at the seams. Everyone understands that this is a huge, unprecedented effort. But eight months into the war, this effort is still not being pursued in a serious way.

It’s a mess. And it’s one that the government parties, and Labour, are directly responsible for due to their housing policies over decades, but particularly in the last ten years. Thousands had already been languishing in emergency accommodation and tens of thousands on housing waiting lists for years before the Russian invasion. These parties have proven utterly incapable of dealing with the housing emergency — the latest scandal is unfortunately not unexpected.

There is a disgusting double standard in the treatment of refugees. Those from outside Europe are segregated for years in Direct Provision centres without rights or incomes. In the eyes of the state and the media, it seems there are ‘Good Refugees’ and ‘Bad Refugees.’ The state has taken in 50,000 of one (Ukrainian refugees) and only 15,000 of the other (‘International Protection’). Yemeni, Syrian and Ethiopian people come from warzones just as real, just as brutal, as that of Ukraine. Let the government and the online trolls try come up with all kinds of far-fetched justifications; the issue is obviously race.

Meanwhile, homelessness continues to rise. It’s a triple shame on Irish capitalism — the failure to find beds and/or homes for Ukrainians fleeing a horrific eight-month-long war, the shameful treatment of refugees generally, and the mass shortage of housing that working-class people can afford.

The government’s failures in housing have created a degree of resentment toward refugees, including Ukrainians. But refugees are not in any way to blame. The housing crisis has been getting worse since 2013. Anyway, refugees are people like anyone else, with the desire to work and to contribute to society. Ten thousand Ukrainians have jobs in Ireland. This is impressive when you remember that a disproportionate number are children, or care full-time for children, or have illnesses and disabilities.

In a different way, however, these problems are linked. If you don’t build public housing for decades, this is what you get. You can have compassionate treatment of refugees and the homeless, or you can have the money-grubbing, privatising capitalist approach. You can’t have both. The Irish state’s attempt to aid Ukrainians is sabotaged by its own profit-driven approach over decades, which has left us without capacity.

Right to housing. Right to asylum

Providing for all refugees equally would require first of all an end to all racist immigration controls, such as the policy of ‘Fortress Europe’ which has claimed thousands of lives — those tragically drowned in the Mediterranean. Respecting the right to asylum and the right to a home would mean building public accommodation on a massive scale, undercutting the inflated market.

The problem is that those in power are obsessed with market solutions. Our ruling class is determined that no roof can be placed over anyone’s head until vulture funds, developers and landlords all take their cut. ‘The market’ builds a small number of houses with very big price tags; the state provides an incentive here, a payment there — and every year the housing crisis gets worse. Ukrainian refugees are just the latest victims.

Regarding both housing and refugees, people are growing angry with the government and its piecemeal, makeshift approach — one panicked improvisation after another. Whenever the market fails, the government tries to plug the gaps with massive piles of public money handed over to private operators. One in four hotel rooms is now paid for by the state.

The homeless, those paying high rents and mortgages, and refugees from all countries have a common interest in calling for one simple thing: a genuine policy of housing for all, through the building of public accommodation. 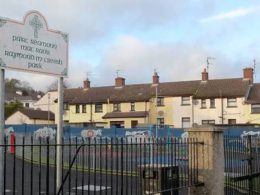 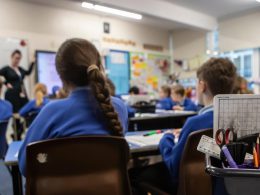 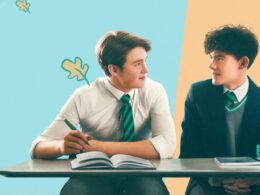 Reviewed by Ollie Bell Heartstopper is a Netflix series based on Alice Oseman’s comics of the same name.…
bySocialist Party