Another Tory PM bites the dust. In scenes less like a slow motion car crash and more like a high-speed multi-vehicle collision, Tory MPs have ousted yet another occupant of Number 10. Truss has been in power for only 45 days. This is a new record, and a reflection of the complete impasse British capitalism now faces as the most successful party in history descends into utter chaos.

But while in Westminster events reach new levels of farce, a calamity is facing working class people throughout England, Scotland, Wales and Northern Ireland. This gang of parasites and crooks must not be allowed to select another unelected ‘caretaker’ PM. A ‘unity figure’ chosen by Tory MPs would be tasked on their behalf with continuing to govern for the rich while buying time to limit the catastrophe they face in a general election. Hunt’s planned 31 October cuts budget would set the tone.

Starmer is no alternative

The Tories must go now. If they attempt to cling on, the workers’ movement must show them the door. Now more than ever, trade union members must fight to escalate, broaden and coordinate strikes. Generalised action could bring down any fragile ‘caretaker’ regime. And when the Tories are inevitably forced to the polls — preparation must be made for a next round of struggle on the streets.

The overwhelming and thoroughly justified disgust at the Conservatives’ regime means a general election will almost certainly see a huge victory for the only governmental alternative currently on offer in British politics: the Starmer-led Labour Party. But there is no enthusiasm for this neo-Blairite, pro-billionaire political project.

The catastrophic crisis faced by British capitalism — what really underlies the chaos that engulfs its historic Tory party — means Starmer will be compelled by the logic of this system to continue brutal attacks on working-class people. But he can also be more vulnerable to the mass pressure the workers’ movement can exert.

There must be no pause in the strikes and demonstrations that are planned should Labour be elected — quite the opposite. Class war by the rich against the poor will continue whoever occupies Downing Street — Tory or Blairite.

Likewise in Scotland, where a mere 9% had a favourable view of Truss and the Tories are even less popular, workers cannot rely on either the pro-capitalist SNP or the Blairite Labour Party to achieve meaningful change.

Workers movement must go on the offensive

As well as escalating the strikes and building mass protests — including for a huge turnout on the 5 November People’s Assembly protest, we must also begin discussions about building a political alternative to the mainstream capitalist parties. A new left party, one which bases itself on the struggles of workers, young people and the oppressed, could begin to give political expression to the demands and aspirations of working class people and would mark an important step forward.

But even more crucial is the task of building and developing an organisation which stands in a clear and unambiguous way for an end to capitalism, which can offer leadership in the fight for revolutionary socialist change.

Socialist Alternative stands for an end to the chaos and tyranny of the markets — for public ownership of the big monopolies and democratic workers’ planning to build an economy that meets the needs of all without destroying the planet. 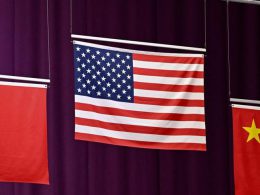 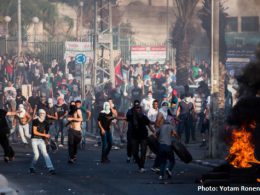 Extracts and updates from a series of articles on the website of Socialist Struggle Movement, the Israel-Palestine section of the CWI.
bySocialist Party
Read More

Britain: Con-Dems to blame for anger of youth

The four days of riots that followed the shooting dead of Mark Duggan by the police in Tottenham sent a massive wave of shock across the country. "Over the last few days the state has lost control of England’s streets" was the panic ridden comment of the Financial Times. Five people tragically died, over 100 people lost their homes and over 48,000 shops, pubs, clubs and restaurants were affected in 28 town centres. 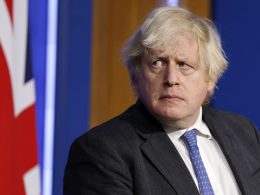 By Tom Costello, Socialist Alternative ( our sister organisation in England, Wales and Scotland) This past Sunday marked…
bySocialist Party