A new multilingual service for victims of domestic abuse has been launched in Galway. Domestic Violence Response Galway offers services through English, French, Polish and Irish and this is certainly a welcome development.

The needs of someone to be heard and to be understood, in their own words and in their own language when opening up to a stranger about abuse, is sadly too often not even considered in the provision of these lifesaving services which are already grossly inadequate, non-existent in some localities, and ways chronically underfunded.

The number of contacts made with domestic violence charity, Women’s Aid, jumped up 43% in 2020 compared to 2019. The number of contacts in 2021, although lower than in 2020, were still much higher than in 2019, and the phone calls were longer in duration. This further underlines the urgent need for survivors of abuse to be able to express themselves in the language in which they feel most comfortable.

Mobilisations on the streets against femicide and victim blaming

Domestic and gender-based violence services are charities and have been especially vulnerable to funding deficits and a lack of resources. These services have been petitioning successive governments for years. In fact, it’s only the angry protests demanding action and the powerful vigils for femicide victims that have made the political establishment and current government at least signal some action. These displays of solidarity pushing for change include the 8,000 that marched for “I Believe Her” in Dublin alone in March 2018 after the rugby rape trial verdict, subsequent angry protests across the state in November of that year after a Cork rape victim had her underwear displayed in court by a defence lawyer and most recently the mass outpouring of grief and solidarity after the femicide of Ashling Murphy.

In spite of the current roll-out of what the government calls its “most ambitious” plan to date to tackle domestic, sexual, and gender-based violence (DSGBV), Ireland is still failing to meet key requirements of the Istanbul Convention, providing less than 30% of the places recommended.

One-third of the users of Domestic Violence Response come from Connemara, so provision of an Irish language element to the service is particularly needed. Very often the needs of Irish speakers are overlooked by public services such as the HSE and by charities. The unfortunate attitude of “sure can’t they speak English anyway?” ignores the very real social, psychological and health needs of Irish speakers and indeed of speakers of other languages, very often in very vulnerable situations.

In November 2021 it emerged that a Childline volunteer was instructed to cease speaking Irish to a child availing of their services, with Childline later stating publicly English was the only language in which services would be provided. While the reasons for this are most probably logistical, it indicates that an occasion in which a child may need, for a variety of reasons, to speak in the language in which they are most comfortable, be that Irish, Polish, Yoruba or any other language, was not considered adequately in the planning stages.

This isn’t confined to the voluntary sector. In a recent survey conducted by the Tuismitheoirí na Gaeltachta (Gaeltacht Parents) organisation, only 26% of parents who responded said that they could avail of GP and PHN services in Irish, i.e. their child’s first or only language. Parents expressed anxiety and frustration having to be a translator with some questioning the ability to perform developmental checks if the doctor and child don’t understand each-other.

This and the cases previously mentioned are indicative not only of an Anglo-centric capitalist society which wants all of us Irish, Ulster-scots, Lithuanian, Ukrainian square pegs to fit into the round hole of English, but also of social and health services that are underfunded, under-resourced and not directed to the immediate needs of the individual and of society.

The provision of domestic violence services through Irish is a welcome move. However, we cannot overlook that the legacy of cuts and neoliberal policies — now intensified by capitalism’s cost of living nightmare — that is exacerbating crises in healthcare, social care, education and housing.

The need for essential services to be, not only fully funded, secular and public and run on a not-for-profit basis in order to meet the needs of the community; but also for these to be staffed with speakers of languages other than English, are all part of the same working class and socialist struggle for a society geared towards need, not greed. 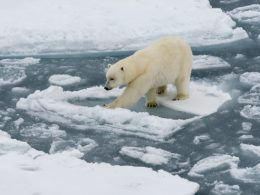 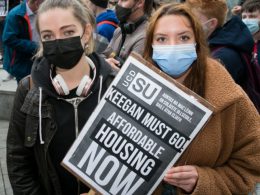