An unprecedented wave of grief and anger has gripped the country following the devastating murder of 23 year-old Ashling Murphy in Tullamore. Tens of thousands have participated in countless vigils in every city, town and village in Ireland, North and South, with Irish communities in London, New York and Australia also participating in large actions.

On Wednesday 12 January, Ashling went for a run and was murdered in broad daylight in a brutal attack by a strange man in the first femicide of 2022 in the state. A primary school teacher and talented trad musician and athlete, Ashling was much loved by her community. #Shewasgoingforarun trended across social media highlighting that she, like Sarah Everard, had done everything “right” to stay safe, but that wasn’t enough.

Implicit in this sentiment is a rejection of tired, hypocritical victim-blaming. Fine Gael Junior Minister Josepha Madigan’s suggestion that women use panic buttons and safety apps, and reactionary laughing-stock TD Michael Healy-Rae’s call to legalise carrying mace have prompted derision and outrage. It is widely recognised among women and working-class people that it doesn’t matter what she was doing or could have done — no woman or gender non-conforming person deserves to suffer as a result of male violence.

Tens of thousands of women and young people, but also men and older people, poured onto the streets on Friday to attend vigils for Ashling. These were called by women’s groups, sports clubs, community groups, feminist and anti-racist campaigns, and every conceivable type of group across the country to express solidarity with Ashling Murphy’s loved ones and community, and every victim of gendered abuse and trauma, including the most common form, that of intimate partner violence. Around 5,000 people gathered at the Dáil on Friday and several thousand filled Tullamore Town Park in tears, embracing, with candles, flowers and homemade signs. Trad musicians played Ashling’s favourite pieces as the crowds stood in silence. Beneath the heartbreak and grief was a deep current of anger and the desire to act to end the male violence that has stolen the lives of 244 women in Ireland since 1996 and caused immeasurable suffering to countless more.

This unprecedented display of solidarity is a watershed moment. It is reminiscent of the response to the death of Savita Halappanavar in 2012 as a result of the Eighth Amendment, which was repealed in 2018 after years of struggle sparked by her death. The “I believe her” and “this is not consent” protests in 2018 were significant moments in challenging sexual violence and victim-blaming in this state, but Ashling’s murder has burst open a dam. The refusal of women and gender non-conforming people to accept living in fear, changing our behaviour to avoid violence or being forced to desperately seek out underfunded services is now more widely reflected throughout society.

Now, as in 2018, ROSA — Socialist Feminist Movement and Ruth Coppinger, former Socialist Party TD and teacher trade unionist, acted quickly to call socially-distanced standouts in Dublin, Belfast, Cork and Limerick to provide an arena to express the anguish felt by so many, and to channel that anger into action. ROSA members, trade unionists, women and non-binary activists and more spoke about their sadness, their experiences of male violence, and the need to make widespread cultural and societal change on the issue of misogyny and gender violence. As speakers declared that we stand in solidarity against all forms of sexism, racism and transphobia, they were met with unanimous applause. The thousands that attended agreed we must act now to make “never again” a reality.

From intimate partner violence, to cat-calling and verbal abuse when we go out walking, running or cycling, to online harassment and image-based abuse, to sexual violence and spiking — we need to bring this issue out of the shadows by coming onto the streets. We need to explicitly demonstrate our solidarity with every victim of femicide to exclaim that not one more life can be taken, and with every survivor of male abuse and violence, every sufferer at the hands of the state, to demand never again.

In order to make a real challenge to gender-based violence, we must harness the incredible momentum we are witnessing the length and breadth of Ireland and channel it into a sustained movement, organised in every community, school, college and workplace. This is what is needed in order to enact the type of fundamental systemic and cultural change necessary to really challenge every single way in which sexism, misogyny and LGBTQ-phobia is reproduced.

Ten years ago following the death of Savita, a huge movement said “never again” and vowed such a death would never be repeated. We want the same now — the only fitting legacy for Ashling.

Next steps as we vow ‘Never Again’:

Demands that such a Conference and movement should discuss adopting include :

The Socialist Party, and Socialist Party members in ROSA are committed to building a socialist feminist movement that unites the exploited and oppressed of this world.  With the vision this provides of the power that a united multi-gendered, multi-racial working class struggle can bring in striking at the heart of the system of oppression and exploitation, this offers the potential for systematic change for humanity and the planet. 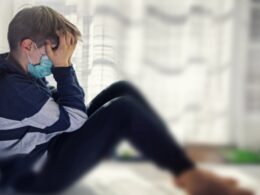 By Catherine Finnegan Almost half of all beds in the Linn Dara, Child and Adolescent Mental Health Unit…
bySocialist Party
1 share
1
0
0 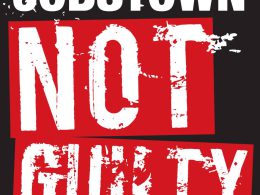 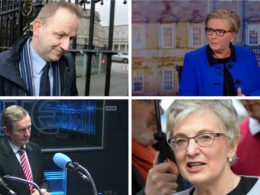