The official publication today of The Treatment of Non-EEA Workers in the Irish Fishing Industry by Maynooth University Department of Law has gained widespread coverage in the national media in recent days.

The research, funded by the International Transport Workers’ Federation (the global umbrella body for unions that organise in the maritime, transport and logistics sectors) is confirmation that the situation facing non-European migrant fishers, both documented and undocumented, working on Irish-flagged vessels has not fundamentally improved. If anything, it has worsened in the last five years, since the Atypical Work Permit Scheme for Non-EEA fishers was introduced.

Part of the problem

The instances of gross overwork, underpayment and racist and Islamophobic abuse cited in the research, coupled with a prevailing precarity in terms of migration status, which facilitates this very exploitation, can only lead to the conclusion that the Atypical Work Permit Scheme as it’s constituted is very much part of the problem.

The scheme ties the fisher to the individual boat owner in yearly renewable contracts. The power the employer has over the fisher is immense and the dominant sentiment among fishers, who mostly come from Egypt, the Philippines and Ghana, is that they must endure working days of up to 20 hours and an effective pay rate well below the legal minimum wage to safeguard their livelihood. Since the scheme’s inception, 35 fishers have been admitted into the Garda’s National Referral Mechanism for suspected victims of human trafficking, most having been brought into the country under the guise of the atypical scheme.

The hundreds of detections made by the Workplace Relations Commission and Marine Survey Office of various non-compliances on the part of boat owners, related to their employment of documented and undocumented migrant fishers, have not resulted in dissuasive penalties. This feeds a culture of impunity and repeat offending within the vessel-owner community.

Through various means and measures the migrant fishers must be liberated from the exclusive relationship they are forced into with individual boat owners. The impending migrant documentation scheme to be finalised by the Department of Justice, if it is sufficiently inclusive, could be the most direct means to achieve this.

However, there are indications that the scheme will be restrictive and contain anomalies that will serve to exclude most migrant fishers notwithstanding. The basic terms of the documentation scheme will be to document with VISA Stamp 4 (which gives you the right to work for any employer) will be available to any migrant that has been undocumented for four years, or three years if they have a child in the state.

Many currently undocumented fishers may have previously been documented within the last four years, before being cut loose by their employer— typically when they suffer injuries. Significant legal and operational changes are required on the part of the Workplace Relations Commission so that the ITF and SIPTU, who have taken on some current and pending cases, can take cases on behalf of undocumented workers for unpaid wages and also achieve full wage recovery beyond the current six-month backdated limit as migrant fishers. Unfortunately, they often endure underpayment at the hands of some vessel owners for periods spanning years.

Lastly, we need the government to correct its botched transposition of the EU’s Working Time at Sea Directive so that a remedy is available to migrant fishers for the common cases of overwork described in the report. This directive is not a gift from the EU but the product of a global campaign by the trade union movement over a decade ago to set minimum standards for safe working hours and adequate rest periods. This is a matter of life or death, as the sinking of the Tit Bonhomme fishing vessel in 2012 off the coast of Cork — resulting in the drowning of five crew, including three undocumented Egyptians — arose from fatigue and the skipper falling asleep at the wheel.

The winning of a Stamp 4 VISA as a minimum for all fishers will end an effective system of modern slavery, and empower them to take the next steps in organising for decent pay and safe working conditions.

Michael O’Brien is Fisheries Campaign Lead in Ireland for the International Transport Workers’ Federation (ITF) and a member of the Socialist Party. He writes here in a personal capacity 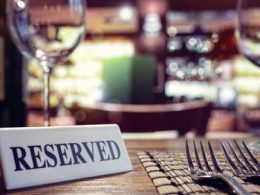 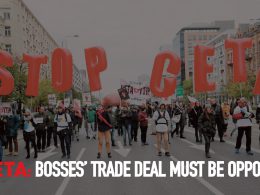