The new defence pact “AUKUS” agreed between the USA, Australia and the United Kingdom can, in the words of the British journal ‘The Economist’ on 17 September, be described as an “agreement that prioritised geopolitics—namely, balancing against China’s rise—over non-proliferation sensitivities”.

According to the author, the pact has only one previous comparison:

“America’s civil nuclear deal with India in 2005, which came only eight years after India, a Nuclear Non-proliferation Treaty holdout, had tested nuclear weapons”.

The pact, which was announced on 15 September, is aimed at China and constitutes a risky escalation of an increasingly heated Cold War between the imperialist powers.

It’s a huge sea change since 2014 when China’s ruler, Xi Jinping, was met with standing ovations as he spoke in the Australian Parliament. Chinese capitalism was then seen as not only the lifeline of Australia but of other Western states. But the interests of power, political and military ties have proved to be stronger than the economic relations. Since last year, a trade war between China and Australia has been raging, despite the fact that China has been Australia’s largest market since 2007.

Power politics, nationalism and militarism are now in the driver’s seat and the focus is on who and which imperialist powers will establish Indo-Pacific hegemony and become the dominant power of the 21st century. What has been geopolitically dubbed the Indo-Pacific region covers virtually the entire sea area from the east coast of Africa to the Pacific Ocean and India — 44 percent of the earth’s surface and 65 percent of its population. According to the Swedish Institute of International Affairs:

“It also accounts for 62 percent of world GDP and 46 percent of all trade in goods.”

Above all, AUKUS means a further militarisation of this power struggle. With the help of American and British technology, Australia will build at least eight new nuclear-powered submarines that will be armed with Tomahawk missiles. It has only happened once before in history that the United States has shared its technology for nuclear-powered submarines and that was when Britain gained access to the technology 63 years ago. This alone testifies to the importance that US imperialism gives to this alliance, and it could be followed by similar pacts now that the Biden administration is setting itself on a war footing to meet the challenge from China.

Only six countries have nuclear-powered submarines in their fleets, and when Australia becomes the seventh, it will:

“give Australia strategic deterrence and attack capabilities for the first time. The logical area for deployment of those submarines would be the deep waters of the western Pacific [near] Taiwan”

AUKUS was negotiated in secret and has caused a crisis in Western imperialism, especially in relations between the three signatories of the pact and France.

French Foreign Minister, Jean-Yves Le Drian, described the pact “as a stab in the back“ and claimed that ”we have been humiliated“. Last week, France called home its ambassadors to both the United States and Australia, also a unique measure.

French imperialism not only lost a giant order worth $66 billion (€56 billion) when Australia decided to renege on their contract to buy 12 diesel-powered submarines from France and instead build nuclear-powered submarines using American and British technology. What particularly upsets French imperialism is that France has not been recognised as a great power and important ally.

For more than ten years now, French imperialism, which has long been present in the region through its so-called overseas territories, has itself been turning towards the Indo-Pacific region.

According to the Center for Strategic and International Studies:

“Economic ties between France and the Indo-Pacific have grown significantly over the past years. More than one-third of French exports to non-EU countries go to the region. French direct investments amounted to 320 billion euros in 2018, a 75 percent increase since 2008. More than 7,000 French subsidiary companies are present in the region, with revenues increasing by 40 percent between 2010 and 2016. This connection with the Indo-Pacific is complemented by a significant military presence. For the French Ministry of Defense, the Indo-Pacific is divided into several areas of responsibility where 8,000 soldiers and dozens of ships are pre-positioned in several bases”.

In May 2018, President Emmanuel Macron described France as an “Indo-Pacific power” for the first time. It is also France that has pushed for the EU to formulate a “strategic engagement with the region”.

The new Cold War casts its shadow over the world and even if the Chinese dictatorship is severely hard-pressed, it will respond to AUKUS. It cannot be ruled out that the fight will also be taken to the COP26 summit. The Cold War has no winners. The two rival big imperialist powers, the United States and China, will consider themselves only able to afford temporary retreats, and therefore the battle for world domination will continue to make the world insecure and a more dangerous place.

The threat that it represents shows the urgent need to unite the oppressed of the world in the struggle against imperialism and capitalism and for a socialist world of peace and freedom. 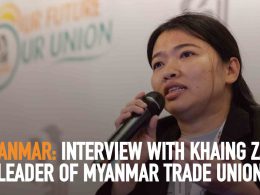 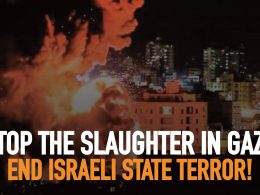 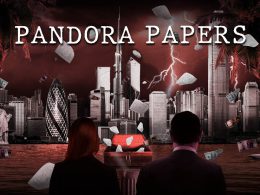